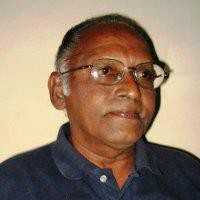 The incidents that happened over the last twelve days in Jaffna have been given ethnic and political hues by the media in Sri Lanka.

Pungudutivu (Tamil: புங்குடுதீவு) is an islet composed of a few villages, west of the Jaffna Peninsula in Sri Lanka.  The Dutch colonial rulers named the islet as “Middleburg” during their occupation of Ceylon.

In 1990, when Pungudutivu came under the control of the LTTE, the rich and the educated inhabitants left the islet for safety and greener pastures. Some shifted to Colombo while others left Sri Lanka.

After the Government forces recaptured Pungudutivu from the LTTE, about one-third of its former inhabitants returned to the islet. Many found their abodes in a dilapidated state. As of now, this islet is a paradise for smugglers of Sri Lanka and South India. Many of them indulge in the lucrative trafficking of heroin.

On May 13, 2015, Sivayoganathan Vidhya, a 17-year-old Advance Level student of Pungudutivu Maha Vidyalayam did not return home after school. The worried family members contacted her school and her friends. They learned that Vidhya had not attended school that day.

The family members went to the police station to lodge a complaint. The police told the family to search for the girl on their own.  A policeman in a nonchalant manner blurted out a pithy stock and irresponsible rejoinder, “Don’t worry. She must have eloped with her lover. She will return in a few days.“

The following morning, Vidhya’s brother went out searching for her. He followed the route she takes from school to her home. He found one of his sister’s slippers. From there, he followed the trail to a remote jungle area and found the mutilated corpse of his sister. It was a gruesome sight – her hands tied above her head with her school tie, her legs spread apart and tied to two trees, her mouth gagged with a piece of cloth.

Vidhya’s brother shouted and soon some residents gathered at the scene. Police arrived and sent the teenage girl’s corpse for postmortem examination.

According to the police reports, some time ago, S. Saraswathi, the mother of the rape victim had witnessed a robbery committed in a doctor’s house by three brothers. After that, she had appeared at the courts and testified against them. Suspecting that they might have committed the sordid crime to avenge her, the police arrested the three brothers as suspects.

Based on the statements of the three brothers, the police arrested five others on the following day. One of them worked in the Pradeshiya Sabha office in the area and the other four employed in Colombo.

Five of the 9 rapists (Source: 247latestnews.com)

On the day of the incident, the five suspects had arrived in Pungudutivu from Colombo. After the gang rape and murder of Vidhya, they left for Colombo. They came again to Pungudutivu and attended Vidhya’s funeral. After the funeral, before they could return to Colombo the police arrested them.

The nine apprehended suspects revealed that a person named Mahalingam Sivakumar alias Kumar was the leader of their gang that raped, tortured and murdered the teenager. Sivakumar, a resident of Pungudutivu, a heroin baron and one who engages in other illegal activities is a Swiss national of Sri Lankan Tamil origin. He had recently returned to Sri Lanka from Switzerland.

The deputy minister of women’s affairs for the area intervened for the release of Mahalingam Sivakumar.

According to the media, Dr V.T. Tamilmaran, the Dean of the faculty of law at the Colombo University, is a relative of Mahalingam Sivakumar. Tamilmaran is one of those among the educated who left Pungudutivu earlier. Now, he aspires to contest the Pungudutivu electorate at the next election.

The website lankanews.com reports that according to information seeping from within the police itself, and according to the stories doing the rounds across the whole of the north, Dr Tamilmaran approached his friend, the senior DIG Lalith Jayasinghe in charge of the North. He told the DIG that Mahalingam had returned only recently to Sri Lanka from Switzerland. He stressed that Mahalingam was innocent. Some sources say that the senior DIG Lalith Jayasinghe had reportedly taken a bribe of four million rupees to release Mahalingam Sivakumar, the prime suspect.

Some media sources say that Mahalingam Sivakumar, the prime suspect was set free by the police.

Some other media sources say that on the instructions of the senior DIG Lalith Jayasinghe, arrangements were made for Sivakumar to escape while taking him to the hospital for treatment for the wounds he had incurred when the residents of Pungudutivu seized and humiliated him. Sivakumar then fled to Colombo.

The people of the North were shocked, provoked, furious and enraged over the escape of the prime suspect even after the residents of Pungudtivu helped the police by apprehending and entrusting him to their custody.

Mahalingam Sivakumar rented a room in a lodge in Wellawatte, Colombo. The lodge owner noticing the bruises on Sivakumar’s body informed the Wellawatte police. So, on May 19, 2015, the police arrested Sivakumar the second time inadvertently and not through efforts initiated by them. If the lodge owner had not informed the police, the rapist-murderer would have escaped from Sri Lanka.

Some media reported that on May 19, 2015, the residents who were in an explosive and justifiable rage, held Dr Tamilmaran, his London-based daughter who is in Sri Lanka on a holiday, and a few others as captives. They demanded that the police should apprehend the criminal Mahalingam Sivakumar immediately. About five and a half hours later, the police informed the people that Sivakumar was in the custody of the Wellewatte police. Though the people did not trust the information, they nevertheless released Dr Tamilmaran and others.

If we look at the other side of the story, Dr V.T. Tamilmaran, told Ceylon Today that Pungudutivu being his hometown, he had gone there to assess the situation over the brutal killing of Vidhya. He said:

“I am very much aware of the misconduct of one of the 10 suspects who returned from Switzerland. The suspect M. Kumar visited Pungudutivu on and off, and whenever he arrived there he created big problems for the people in the area. In fact, I sought Police assistance in arresting the suspect. However, the guy had managed to escape while he was in Police custody.”

Dr Tamilmaran also added that when he attended a meeting on Tuesday, May 19, 2015, over the incident in Pungudutivu there were some men who were under the influence of liquor shouting in abusive language against him. He said that certain political elements were behind tarnishing his image following the recent speculation of his entry into politics. He also said that he was much disturbed over the incident in his village Pungudutivu, which had produced several eminent personalities in the field of education, and many leading businessmen in the country hailed from his village.

The news of the sordid crime spread among the people of the north like wildfire.

Students, teachers and staff of the nine schools in Poonguditheevu, the staff of the Department of Education, and the general public from all walks of life gathered on the grounds of the Maha Vidyalaya. There they staged a protest against the rape and killing of the 17-year-old student.

On May 21, 2015, the business community in the North staged a hartal to protest against the alleged rape and killing of the teenager. All shops in the North remained closed and people stayed away from their workplaces.

Protesters gathered in the vicinity of the  Magistrate Court and the Police Station in Jaffna.

Out of anger and hate, people protested. Fearing the Police would let the suspects off the hook, the violent mob attempted to harm the eight arrested suspects while the police escorted them. The mob also attacked the police personnel who tried to save suspects from being assaulted.

The protesters pelted the court premises with stones. . (Source: bbc.com)

When the protesters found that the main suspect Mahalingam Sivakumar was not brought to the court, the mob turned restive and pelted the court premises with stones.

The police responded by firing tear gas shells to disperse Jaffna mob. Around 130 suspects were remanded on charges of unlawful assembly and stoning the Jaffna Courts Complex.

On May 22, 2015, the Jaffna court issued an order banning all demonstrations in Jaffna. The order was issued to Janatha Balaya Organisation, Jaffna Women’s organization and Northern Provincial Councillor Anandi Shashidharan.

The media as usual focussed on the public protests rather than focussing on the reason behind it, namely rape.

The photo shown below circulated in the media of Mahalingam Sivakumar, posing with former Sri Lankan President Mahinda Rajapakse is morphed for political gains. In the original photograph, it was ‘Swiss Ranjan’ an opponent of the LTTE, now residing in Switzerland.
.

One of the rapists with former President Mahinda Rajapaksa. (Source: icaruswept.com)

There is always a blessing that springs out of any adversity. Sri Lankans are now reacting to this incident not as Tamils, Sinhalese, Muslims, Burghers, or Malays, but as one people of a country unified in its disgust and horror on learning about the raping of the 17-year-old Tamil maiden.

On Friday, May 22, 2015, Wijedasa Rajapakshe, incumbent Minister of Justice shamed a racist media person in public by retorting:

“… we’re not Tamil, Muslim or Sinhala, but simply human.”

EU’s GSP+ concession to Sri Lanka to continue till 2023

EU’s GSP+ concession to Sri Lanka to continue till 2023

Best Time To Visit & How To Reach