US elites’ hate speech toward China shows degeneration of values 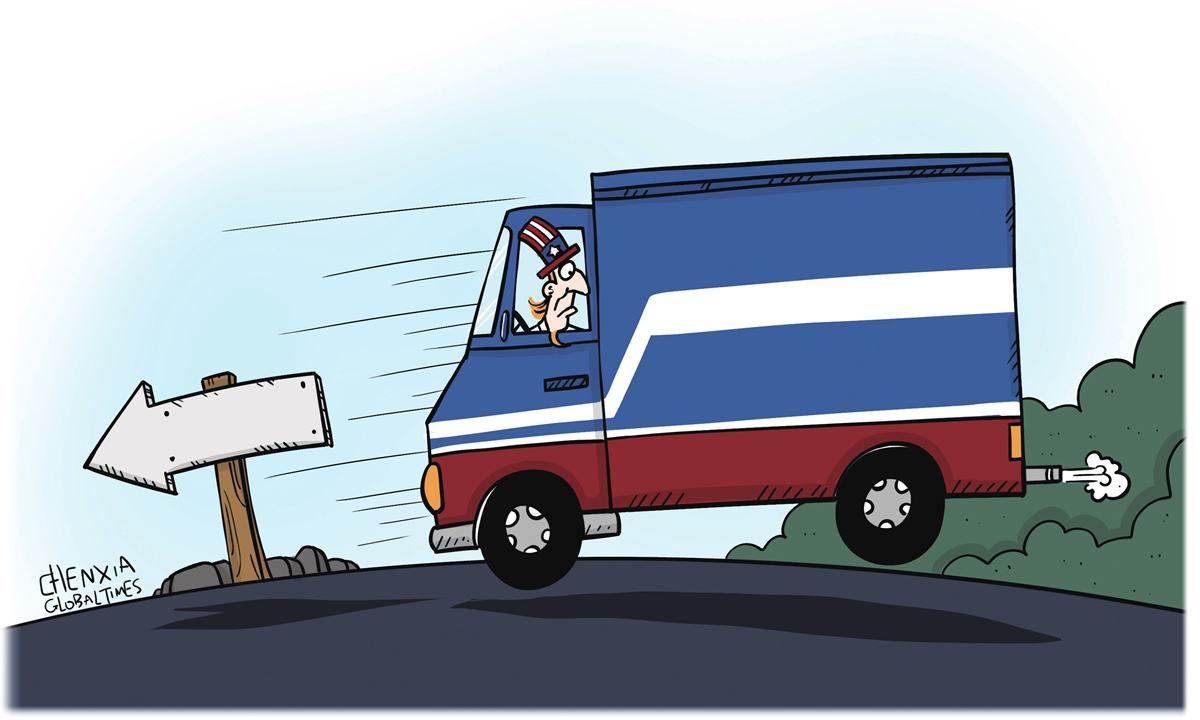 On a Fox News show Friday night, right-wing radio pundit Jesse Kelly scoffed at US women serving in the military while launching a tirade of hate speech toward China. Kelly said that “we don’t need a military that’s woman-friendly. We don’t need a military that’s gay-friendly… We need a military that’s flat-out hostile. We need a military full of Type-A men who want to sit on a throne of Chinese skulls, but we don’t have that now.”
These heinous words show the inhumanity of this commentator. Just as the conscientious US elites feared, there is a marked regression and degeneration in American values typified by allowing a war-monger to proclaim his support for mass killing on Fox News.
American political elites are advertising the country as a beacon of democracy and “a city upon a hill,” where all kinds of opinions are inclusive. However, as shown in this cruel reality and Kelly’s blunt statement, the existing values among the US elites are exceptionally chaotic and full of backward ideas that have been abandoned by history. Values that advocate peace and inclusiveness are being impacted, or to some extent suppressed, by racist, xenophobic and militant values, indicating that there is indeed a strong far-right force in the country.
Fox News host Tucker Carlson and Jesse Kelly are so vicious and irrational that they take China as their target. The opinions they spout forth on China are typical of the Neo-Nazism bred on American soil, promoting racial hatred and crimes against humanity. Their speeches are extremely dangerous for the US, as well as the whole world.
Many see the US as a politically reckless country with a tradition or tendency for waging wars, from its expansionist diplomacy and tradition with its fangs and claws, as well as the reality of the US military as a war machine that kills wherever it goes.
It is no exaggeration to say that the GOP is increasingly becoming a Neo-Nazi party. Over the years, the GOP has displayed growing Neo-Nazi characteristics. Far-right extremists, represented by Kelly, Carlson and the like, have been preaching that other people and parties, who disagree with their views, are the enemies of the US. These people not only pose threats to the health and stability of US society, but also endanger the international community.
Conservative commentator Kelly has his own radio program and TV shows. In 2010, Kelly ran for election to represent Arizona’s 8th Congressional District. He won the Republican primary in August and lost in the November general election. That a C-list pundit can play a role in American politics, raise his voice in such a free manner in US media outlets is abnormal.
These so-called intellectuals hyping up Neo-Nazi ideas in the media would be unacceptable in Europe or China, but Kelly has an audience in the US, which indicates the US values, society and governance are in a mess.
The US has been a racist country since independence. The country’s politicians may disagree, but their behaviors have come under the shadow of racism. In the past, native Americans were slaughtered in the name of “civilization.” And even today, the US has been treating African Americans through divisive lens, marginalizing them.
When US racist and genocidal war-driven rhetoric flourishes in US media reports, and when news media like Fox News are openly used to attack China, it is clear that the country is becoming an increasingly dangerous place. Kelly’s words remind the world of the US’ inhumane deeds in the past. It proves the US made no progress in terms of civilization, with the mindset still stuck in a backward state.
The US is certainly no city upon a hill. Quite the contrary, when all the other countries are making marked progress in the 21st century, the elites and mainstream media in the US like Fox News are returning to barbarism. This is the US’ misfortune.

The author is a professor at the Institute of International Relations of the China Foreign Affairs University. [email protected]