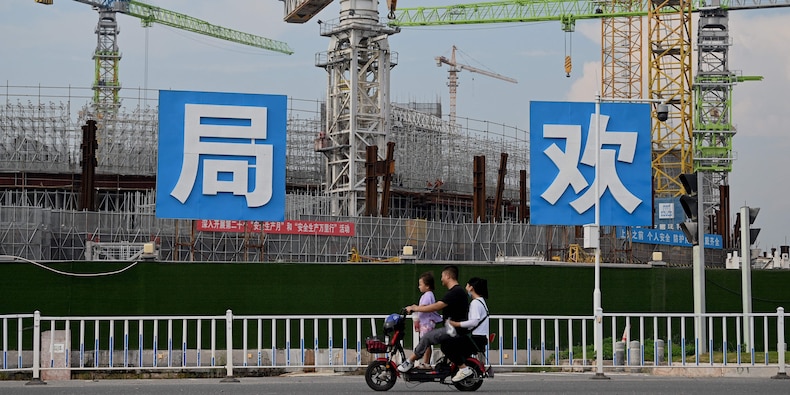 The wealth of China’s most affluent real estate tycoons has been hammered in 2021, Bloomberg reported this week.

Hui had once been the second-richest person in Asia, but has seen his wealth decline to $6.1 billion, and the government has urged him to pay back investors with his own money following Evergrande’s high-profile debt drama.

New regulations implemented last year to take some of the heat out of the housing market spelled trouble for highly levered developers, with 15 defaulting in 2021. Evergrande entered headlines starting in September as it flirted with insolvency, testing the strength of the real estate market that had fueled much of the growth of the world’s second-largest economy and sending global markets tumbling as investors assessed contagion risk.

The real estate turmoil this year has even booted some tycoons off of the country’s list of billionaires Bloomberg said. The chairman of Sinic Holdings, Zhang Yuanlin, saw his fortune slashed by 75% in a single day, while the family that controls Kaisa Group Holdings saw their net worth decline to a mere $160 million.

Investors’ early assessments of the Evergrande situation led them to believe that the property developer was likely too big to fail, and the the government would step in to prop it up.

That notion has been dashed however, as a number of missed payments send the company’s bonds to record low prices while ratings firms declare a default. The housing market makes up about a quarter of China’s economy, Bloomberg reported.