In contrast to the blanket silence at home, China’s government controlled-media lashed out at the Women’s Tennis Association (WTA) on Twitter — a platform blocked in China — accusing the organization of “putting on an exaggerated show,” and “supporting the West’s attack on Chinese system.”

The two seemingly contradictory approaches reflect the extreme sensitivity attached to the WTA’s decision inside of China — and the explosive #MeToo allegation that sparked it.

When Chinese tennis star Peng Shuai publicly accused former Vice Premier Zhang Gaoli of sexual assault on social media on November 2, the immediate response from authorities was to muffle her and censor even the vaguest allusion to the allegation.

But while that might have worked domestically, it served only to inflame reaction overseas.

Peng’s prolonged disappearance from public view prompted the world’s biggest tennis stars to demand answers to her whereabouts. In response, state media employees released a spate of “proof of life” photos and videos of Peng on Twitter, while authorities continue to censor all mention of her at home.

The same approach was applied again on Thursday, when the WTA announced an immediate suspension of all tournaments in China, including Hong Kong, over Beijing’s silencing of Peng’s sexual assault allegations. Despite the state media firestorm on Twitter, Chinese social media platforms remained calm and quiet, with no sight of the nationalist rage that would usually engulf parties that are deemed to have “offended China.” 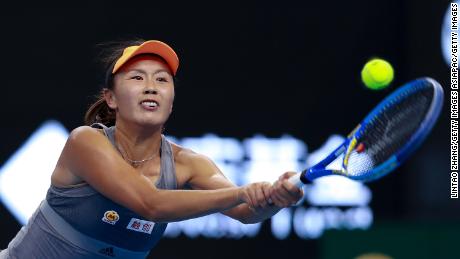 “China’s external propaganda on this matter is like a paper box that cannot hold water in front of its own people,” said Xiao Qiang, editor-in-chief of China Digital Times, a US-based news website tracking censorship in China.

“How ironic that they hope to use this narrative to convince the international community.”

“We could talk here about a two-pronged strategy, about how China has enforced complete silence at home while pushing a narrative externally about meddling journalists and the politicizing of sport. But to call it a strategy at all suggests a sophistication that is not really there,” said David Bandurski, director of the China Media Project.

“What we actually see is desperation, the editor-in-chief of one state-run newspaper rushing out on Twitter and banging his dishpan. The point is to distract the world from obvious and damning facts.” 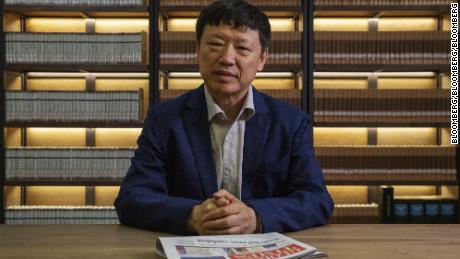 Hu Xijin, editor-in-chief of the Global Times, poses for a photograph in Beijing on June 5, 2019.

Hu Xijin, editor-in-chief of the government-owned nationalist tabloid Global Times, became the first state employee to challenge the WTA’s decision Thursday — but only on Twitter.

“WTA is coercing Peng Shuai to support the West’s attack on Chinese system. They are depriving Peng Shuai’s freedom of expression, demanding that her description of her current situation must meet their expectation,” Hu tweeted.

That was followed by a Global Times “editorial” posted on Twitter in English, accusing the WTA of “expanding its influence in a speculative way, bringing politics into women’s tennis deeply, setting a bad example for the entire sporting world.” It did not mention what triggered the WTA’s decision to pull out of China in the first place.

The “editorial” wasn’t posted on the newspaper’s Chinese-language social media accounts, and only appeared on its English-language website late on Thursday night. But even then, it was hidden from the homepage, a far cry from how editorials are usually displayed.

In another English-language article, the Global Times said the Chinese Tennis Association (CTA) had expressed “indignation and firm opposition” to the WTA’s decision. The CTA’s response was not reported by Chinese language media, nor was it posted on the association’s own website (The CTA did not respond to CNN’s requests for comment).

And at a news conference on Thursday, responding to a question about the WTA’s withdrawal, a spokesperson for China’s Ministry of Foreign Affairs said “China has always been firmly opposed to any act that politicizes sports.” But even that exchange was deleted from the official transcript of the Q&A on the ministry’s website. 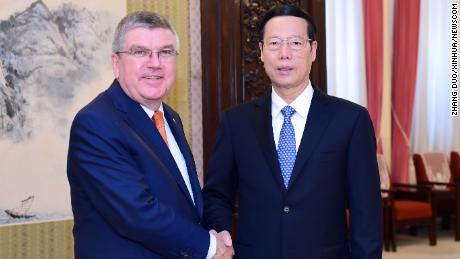 Who is Zhang Gaoli? The man at the center of Chinese tennis star Peng Shuai’s #MeToo allegation

The lengths Beijing has gone to hide its anger toward the WTA from the Chinese public shows just how serious and sensitive the scandal is in the eyes of the ruling Communist Party — especially before its twice-a-decade leadership reshuffle next fall, when President Xi Jinping is expected to seek a third term in power.

As vice premier, Zhang, 75, served on the party’s seven-person Politiburo Standing Committee — the country’s supreme leadership body — alongside Xi from 2012 to 2017.

“It’s kind of been an external storm, and they wanted to keep the storm outside China,” Bandurski said. “It’s an extremely sensitive issue for the leadership. I think probably one of the most sensitive news stories that’s happened in the last decade.”

The Chinese government’s main concern is laid in plain view in Hu’s tweet, which accused the WTA of attacking on the “Chinese system.”

“Fundamentally, this is about protecting the political system in China — this is the only body that’s of concern. It’s not about the personal safety of Peng Shuai, or her rights as an individual, as a woman, as a citizen.” Bandurski said.

“Because as soon as they actually talk about this issue internally, people are going to ask: ‘Well, what about Zhang Gaoli? Is it true? This is a high level official, why isn’t anything happening to him? What is happening to him? Where is he?’ And those questions immediately go to the heart of (the party’s) power and legitimacy.” 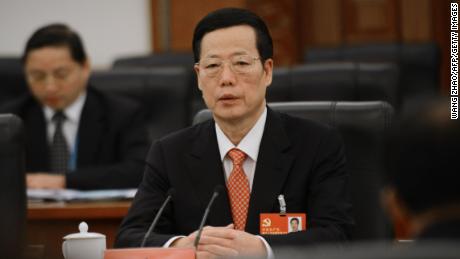 Moments after the WTA announced it was pulling out of China in the early hours of Thursday, some Weibo users voiced support for the decision on the association’s official Weibo account, under its old posts. (The WTA did not issue a Chinese version of its announcement on Weibo.)

“WTA has a strong spine!” one comment said. “Why hasn’t this man been arrested. He really has super strong backing. It’s absurd,” the comment continued, apparently referencing Zhang.

These comments were soon removed. By Thursday afternoon, the comment section under its two most recent posts had been disabled. “Someone is busy deleting posts,” a user wrote under a third post, only for that to be deleted too, and the comments on the post disabled.

The WTA’s account — which has more than 400,000 followers — is still up on Weibo, but it has been blocked from search results.

While seemingly all powerful and sweeping, such censorship can come at a cost for the party, Bandurski said.

“There’s always a flip side to censorship, especially when you can see it happen, when you experience it. It’s a demerit for the system,” he said. “The most effective way to control is to have it happen invisibly, and you’re not really aware of what you’re missing.” 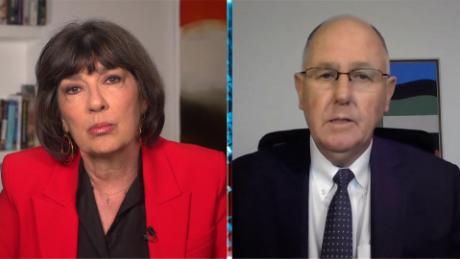 In a way, the blanket censorship around Peng and the fallout also betrays Beijing’s lack of confidence in its ability to spin the story and gain public support.

Beijing has proved to be successful in rallying domestic support when faced with international criticism relating to Hong Kong, Xinjiang and Tibet, chastising Western companies, organizations and governments for meddling in “China’s internal affairs.” On social media, nationalists often echo Beijing’s fury, calling for boycotts of companies for “insulting China.”

But the Peng scandal is a different beast. Her allegation of sexual assault by a powerful man who once sat at the pinnacle of a patriarchal system could potentially trigger a groundswell of outrage and sympathy within China, especially young women, many of whom have voiced support for victims in previous #MeToo cases.

And if the Communist Party is too afraid to try and convince its own people, any attempt to influence the international audience will almost certainly fail, experts say.

“The world has serious news media, there are serious political bodies — like the United Nations and the European Union — putting out statements (on Peng). And yet, all China has is … almost entirely one man and a handful of Twitter accounts,” Bandurski said.