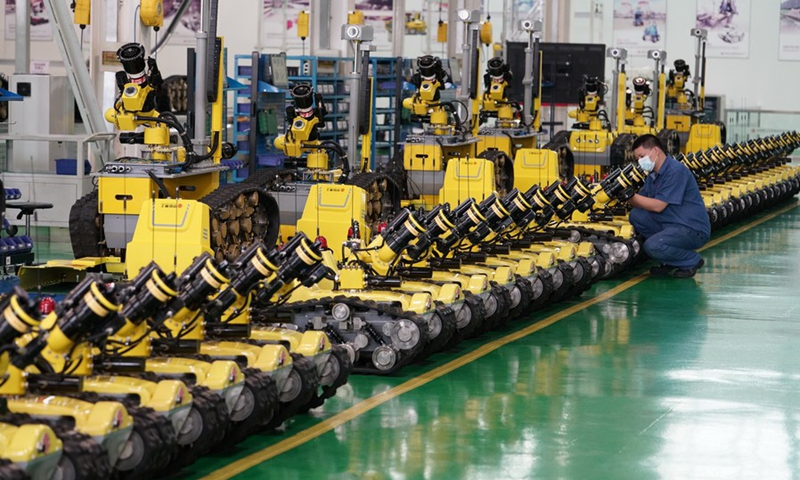 China’s industrial profit growth accelerated in October, growing 25 percent from a year earlier, boosted by the country’s policy to secure energy supply and stabilize prices. Nonetheless, the progress is still facing uncertainty due to COVID-19.

China’s industrial profits in October grew by 25 percent year on year to 818.7 billion yuan ($128 billion), an acceleration of 8.3 percentage points from the previous month, and rebounded for two consecutive months, according to data released by the National Bureau of Statistics (NBS) on Saturday.

China’s industrial profits from January to October grew by 42.2 percent year on year to 7.17 trillion yuan, up 43.2 percent from the first 10 months of 2019, an average increase of 19.7 percent over two years, NBS data shows.

With the vigorous advancement of policy measures such as ensuring supply and stabilizing prices and helping enterprises to relieve difficulties, the production and operation conditions of industrial enterprises continued to improve, Zhu Hong, a senior statistician at the NBS, said.

In October, driven by the high prices of production materials, the profits of the mining industry and the raw material manufacturing industry increased by 2.81 times and 56.1 percent year on year, and the growth rate was 51.7 and 18.4 percentage points higher than the previous month, NBS said.

The continuous growth of China’s industrial profits in October showed that China’s policies to deal with energy supply shortages have taken effect. However, because the global energy supply shortage problem has not yet been resolved, the pressure of price increases is still there, and downstream industries are under pressure, Liu Xuezhi, a senior macroeconomics expert at the Bank of Communications, told the Global Times on Saturday.

The global financial market turmoil caused by the new mutant strain of coronavirus first detected in South Africa shows that the pandemic is still a major risk factor on economic activities, and the aggravation of the pandemic in Africa and other regions may have a structural impact on primary resource products, Liu added.