Analysis: Beijing is angry at the WTA for pulling out of China. But it can’t let Chinese people know about it

As U.S. promotes democracy, China touts its own version

LAC is fragile, and India has to deal with a more complex geopolitical situation than in October 1962 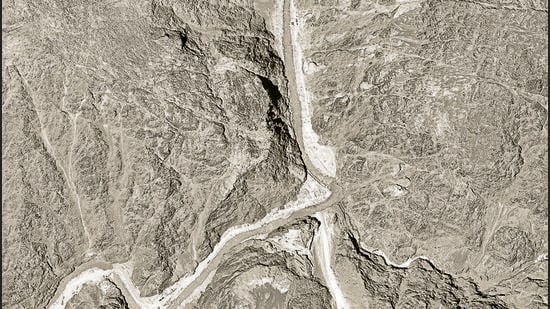 PREMIUM Almost six decades after the war of October 1962, India and China are yet to arrive at a modus vivendi on an intractable territorial issue, which, at its core, is a manifestation of major power contestation within the Asian grid (AFP)

Reports of fierce jostling between Chinese and Indian troops in the east Tawang sector of Arunachal Pradesh stoked anxiety about a replay of the kind of violence and loss of life that ensued in Galwan in June 2020. But while the situation appears to have been defused, the incident shows, once again, the fragile state of India-China ties.

The latest People’s Liberation Army (PLA) intrusion in Tawang follows a similar incident at the end of August, when 100 Chinese troops crossed the Line of Actual Control (LAC) in the Barahoti area of Uttarakhand, which is part of the middle sector. Despite multiple rounds of talks between diplomats and military commanders over the last year, the situation at the contested LAC between India and China remains brittle. In recent months, both sides have increased their troop levels and firepower to a much higher level than was the practice in the pre-Galwan period.

Indian Army chief General MM Naravane has described the current military build-up by China in the eastern Ladakh region as a matter of concern, and cautioned that if this matter remained unresolved, then the LAC “will be in a kind of LoC (Line of Control) situation though not an active LoC as is there on the western front” (with Pakistan).

Intense military tension is unfolding in the run-up to October 20, a date which is deeply entrenched in the Indian military psyche as a reminder of the 1962 Chinese attack that took India by surprise; 59 years later, that war provides an instructive historical context at multiple levels in relation to Asian geopolitics and the larger global backdrop of great power competition.

The brief war of October 1962, when Chinese troops unilaterally crossed the disputed LAC and “surprised” Delhi, took place even as the United States (US) and the erstwhile Soviet Union were in a dangerous eyeball-to-eyeball confrontation in what is now recalled as the Cuban missile crisis. Beijing, it is argued, took advantage of this nuclear jostling between the superpowers to stun Delhi, and thereby strengthen Chairman Mao’s Zedong position in the domestic Chinese calculus. India was overwhelmed, and the higher defence management of the country, led by then Prime Minister (PM) Jawaharlal Nehru, was left in a shambles.

Despite the tenacity and gallantry of the Indian military in the face of overwhelming odds, India’s inability to either make the appropriate strategic assessment of Chinese intent or effectively deal with the aggression was all too visible. At the time, a distraught Nehru reached out to the US and the Soviet Union, and while there was indeed an offer of US assistance, for most part, India had to deal with the Chinese aggression on its own.

Almost six decades later, the rhythms of history can be discerned again but in a more variegated manner given the imperatives of technology, globalisation and the attendant geopolitical churn. India and China are yet to arrive at a modus vivendi on a seemingly intractable territorial issue, which, at its core, is a manifestation of major power contestation within the Asian grid. PM Narendra Modi and President Xi Jinping have their own priorities as they steer their nations towards their 75th anniversaries of Independence — in 2022 and 2024 respectively.

China has now replaced the Soviet Union as the primary competitor to the US. With America having closed the Afghanistan chapter, the focus is now on Beijing. On October 7, the Central Intelligence Agency (CIA) announced that it would establish a China Mission Centre and change tack from the long-drawn-out war on terror to the new challenges confronting the US. The objective of the new centre was elucidated by CIA director, William Burns, as one that “will further strengthen our collective work on the most important geopolitical threat we face in the 21st century, an increasingly adversarial Chinese government.”

Yet, despite classifying the Beijing government as a “threat”, the US remains invested in the dialogue process, and Joe Biden and Xi will have a virtual summit meeting towards the end of this year. This follows an October 6 meeting between the US national security adviser Jake Sullivan and Chinese Communist Party politburo member and director of the office of the foreign affairs commission, Yang Jiechi (who, incidentally, also handles border negotiations with India).

While the texture of the US-China relationship will have implications for all the major powers, it is of heightened relevance for India and Russia — and their own bilateral relationship. Moscow today has a lower composite weight in the major power matrix, but is a critical swing factor in the US-China dyad, in much the same way that Beijing was during the Cold War when the primary strategic contestation was between Washington and Moscow. The India-Russia relationship has a history and resilience that is valuable to both nations. This may prove to be a constraint in the trajectory of the US-India bilateral.

China’s intimidation of Taiwan is illustrative of the inflexible resolve that Xi Jinping has brought to bear in the pursuit of territoriality. The Galwan experience and the rhythms of October 20, 1962 should serve as a wake-up call for PM Modi about the chicanery that he has to deal with along the LAC. India must be honest with itself.

The views expressed are personal

Thank you for subscribing to our Daily News Capsule newsletter.