SHANGHAI, Aug 29 (Reuters) – For many affluent young Chinese consumers, modern simplicity is out and tradition is back in when it comes to jewellery.

Sales of gold bracelets, pendants, earrings and necklaces that draw on dragons, phoenixes, peonies and other traditional Chinese patterns and symbols are flying among consumers, especially those in their 20s and 30s, helping drive a rebound in gold demand in the country after a pandemic-induced slump.

An e-commerce boom and national pride are fuelling the rise in demand for what is known as heritage gold jewellery, which requires intricate craftsmanship and can command premiums of 20% or more over conventional gold jewellery, industry executives say.

The popularity of these new pieces began to take off in mid-2020 and helped gold jewellery demand in China – the world’s top consumer of the metal – more than double in the first half of 2021 from a year earlier to pre-pandemic levels, according to the World Gold Council (WGC).

A strengthening economy and improving consumer spending are helping sales. Young consumers’ interest in the classic designs and often chunky gold jewellery with a matte finish marks a turnaround in their appetite for the precious metal, previously eschewed as an ostentatious sign of wealth and status symbol for older generations.

It also provides a boost for gold at a time when demand from India, the world’s second-largest consumer, has been hit as the pandemic delayed weddings, where gold is traditionally included in the dowry. 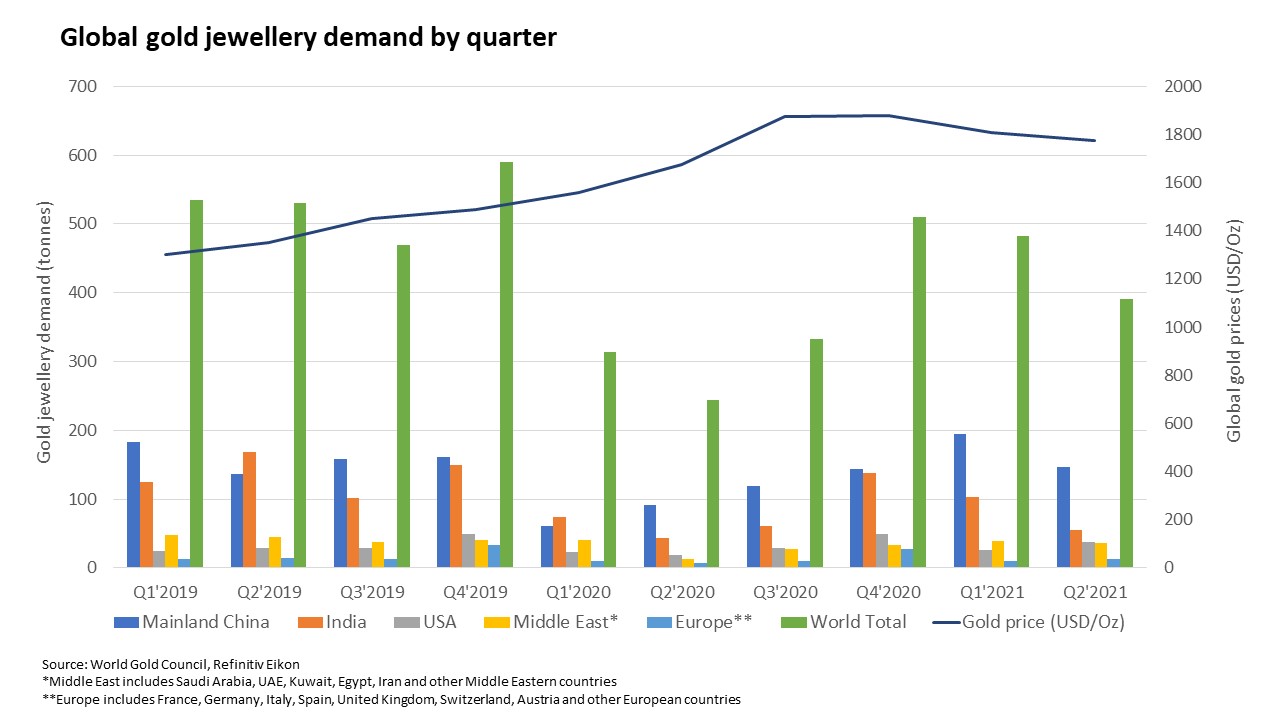 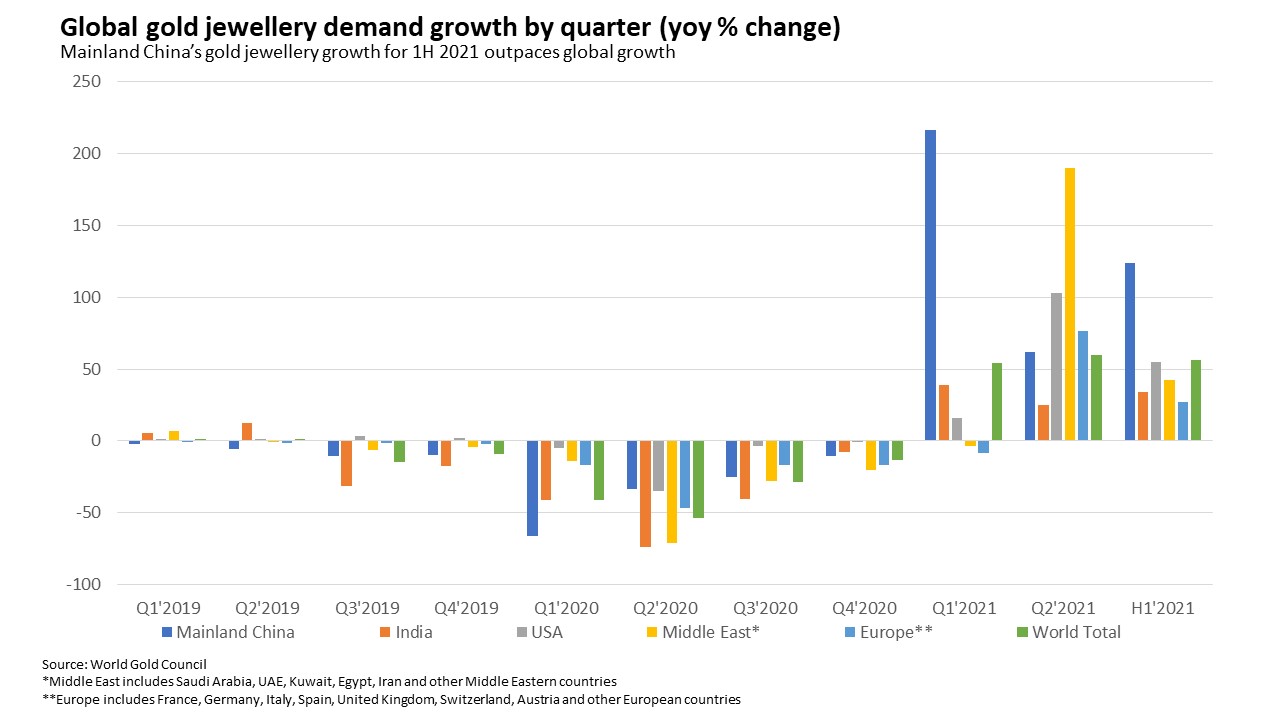 Chow Tai Fook, China’s largest jeweller by market value, said its heritage gold collection accounted for 40% of the total value of its retail sales of gold products in mainland China in its fiscal year-ended March 2021 – up from 29% the previous year, faster growth than for other jewellery.

Part of heritage gold jewellery’s appeal, especially among young consumers, reflects a desire to be patriotic amid a backlash against Western apparel brands in China that expressed concern over allegations of rights abuses in the Chinese region of Xinjiang. Beijing has denied the allegations.

“The younger generation grew up when China’s economy was stronger, they have more confidence in Chinese development and may have less admiration for Western culture,” said Roland Wang, managing director of WGC China.

“They want to have more traditional Chinese culture in their daily life, which can be represented through what they wear or how they decorate their home… Heritage gold can deliver this.”

Gao, a 29-year-old sales executive from eastern Jiangsu province, who only wanted to be identified by a single name, says she has spent 30,000 yuan ($4,620.15) this year on a bracelet and hairpin, featuring filigree patterns, for everyday use. She plans to pass them on to her two-year old daughter one day.

“I really like Chinese culture and prefer products with Chinese history. I often wear (traditional) Han-style clothing, which is why I choose heritage gold, to match my overall look,” Gao said.

Jewellers say the products are increasingly popular with millennials in Beijing, Shanghai and other big cities too and a boom in e-commerce, giving consumers access to much greater choice of jewellery products, is reinforcing the trend.

“The pandemic indeed made me spend more on gold jewellery… It sparked a lot of live-streaming sales,” said Gao. 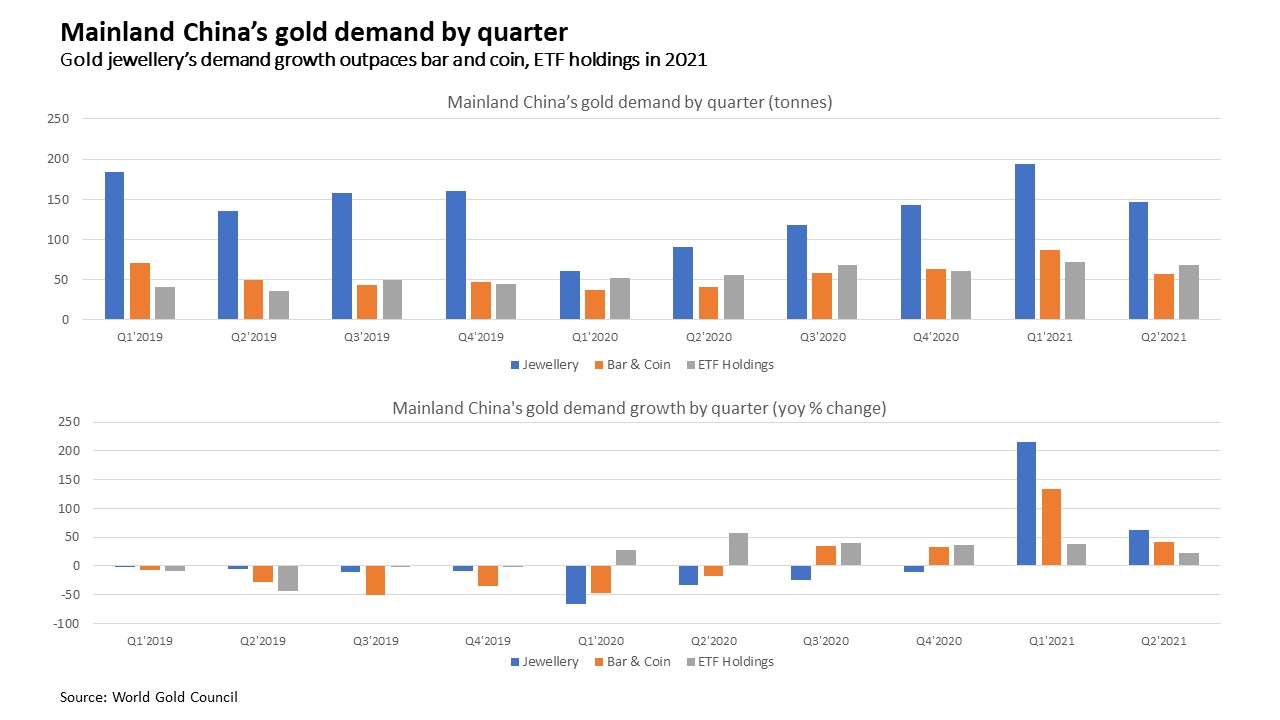 In anticipation of longer-term demand, gold jewellery manufacturers are stepping up investment in heritage gold. A manager at a Shenzhen-based manufacturer, who declined to be identified as he was unauthorized to speak to the media, said his firm is mainly promoting heritage gold this year after receiving large orders from major brands and customers.

“After seeing this trend, our company expanded research and development on design and technology to create more new designs of heritage gold. Other gold jewellery manufacturers in Shenzhen are doing the same.” 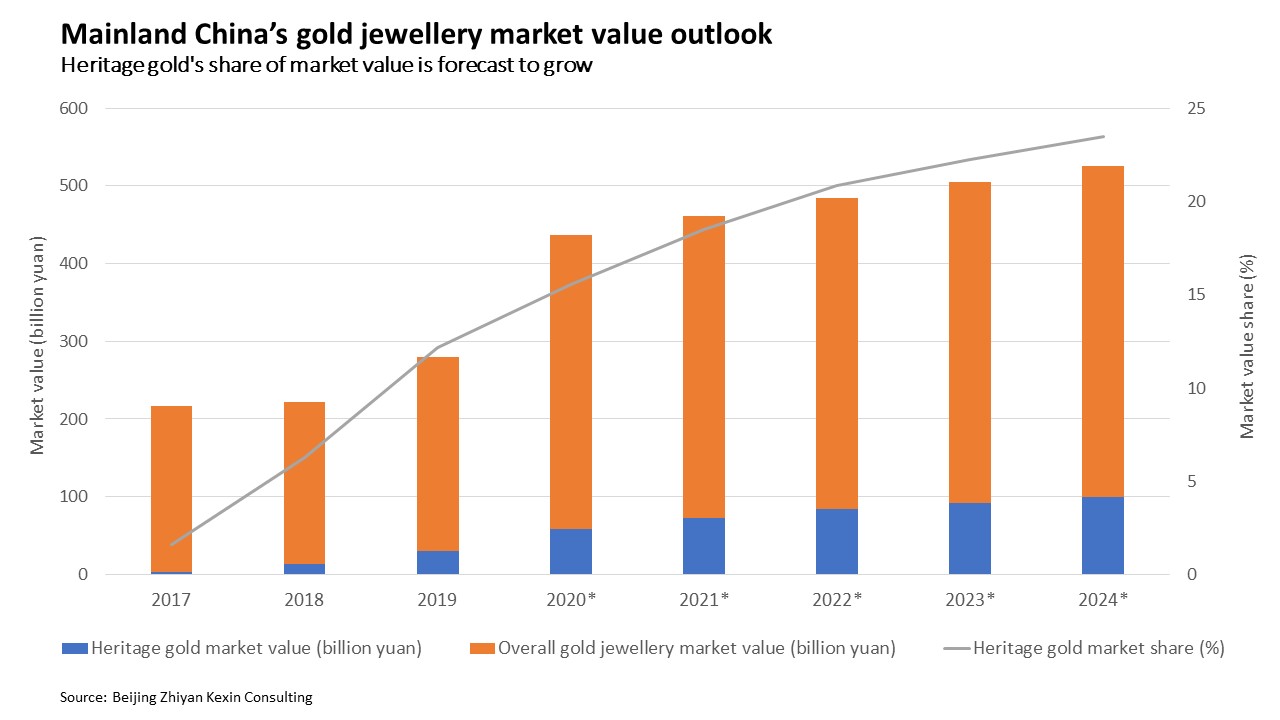 The China Gold Association says heritage gold jewellery has become the main driving force in the industry’s recovery from the impact of the pandemic. And fast growth looks set to continue. According to industry and market research consultancy Beijing Zhiyan Kexin Consulting, the market for heritage gold in China increased tenfold between 2017 and 2019, and is seen reaching nearly 100 billion yuan ($15.43 billion) by 2024. Its share of China’s gold jewellery market is forecast to jump from less than 2% in 2017 to nearly a quarter by 2024.

“Gold jewellery enterprises are rapidly recognising the importance of cultural value and are digging deep into it,” the consultancy said in a report on heritage gold in January.