— The recent resurgence of the highly contagious COVID-19 Delta variant has caused an increasing number of infections in several Chinese cities.

— Chinese authorities have quickly clamped down on local flare-ups with measures like mass nucleic acid testing, targeted lockdowns, and travel restrictions, which has led to a distinct downward trend in new infections.

— Analysts say that the overall impact of this round of Delta outbreaks on China’s economy may be more limited because China is now experienced in containing the spread of the virus and can better coordinate control measures and economic development.

The Chinese mainland reported 24 locally transmitted confirmed COVID-19 cases on Saturday, with the majority in Jiangsu Province in eastern China, according to the National Health Commission. Jiangsu’s Yangzhou has become the latest hotspot for this round of infections, logging 546 cases in total. 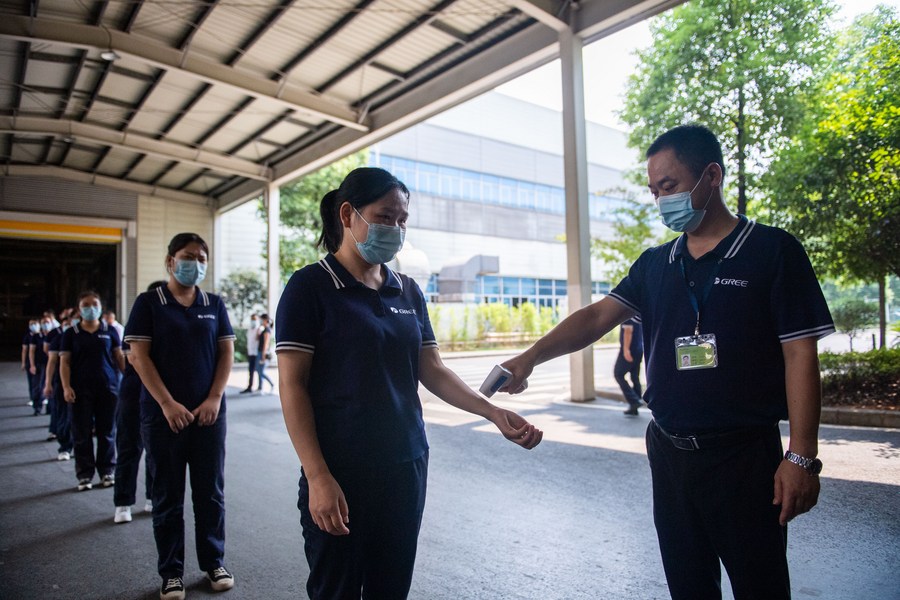 A staff member gets her temperature checked before entering a workshop of a company in Ningxiang, Changsha, central China’s Hunan Province, Aug. 3, 2021. (Xinhua/Chen Sihan)

The recent COVID-19 resurgence first emerged in Nanjing, the provincial capital of Jiangsu, where several airport cleaners were found to be infected on July 20 during a routine test.

Chinese authorities have quickly clamped down on local flare-ups with measures like mass nucleic acid testing, targeted lockdowns, and travel restrictions, which has led to a distinct downward trend in new infections, as Nanjing, for example, has registered only one case in the past three days.

“The tightened measures will inevitably affect some people-intensive industries in the short run, but they are necessary for the long-term economic recovery,” said Wu Chaoming, an economist with Chasing Securities, noting that China’s economic recovery trend for 2021 is unchanged.

China’s economy has staged a strong rebound, having grown 2.3 percent last year amid the fallout of the coronavirus pandemic. Owing to the low comparison base and its consolidating recovery, the country’s economy expanded 12.7 percent year on year in the first half of 2021. 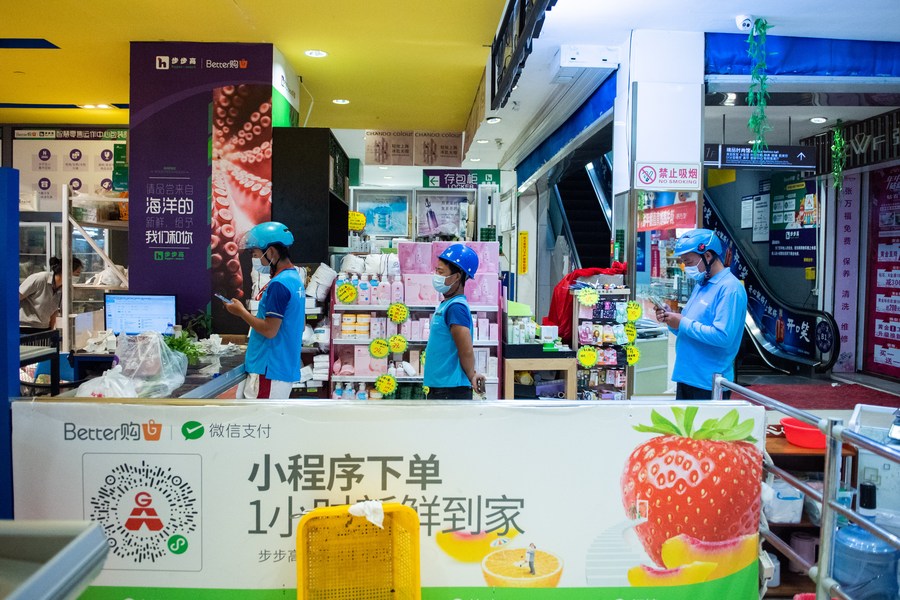 According to Wu, although the current Delta variant is highly contagious, its overall impact on China’s economy may be more limited, because China is now experienced in containing the spread of the virus and can better coordinate control measures and economic development.

To combat the uptick in daily cases, both Yangzhou and Nanjing have conducted several rounds of mass nucleic acid testing and suspended all domestic flights, long-distance buses, and the opening of indoor entertainment venues and sports centers.

China has also implemented nationwide travel restrictions. All 31 provincial-level regions on the Chinese mainland have urged citizens not to travel to medium- and high-risk areas or leave the regions where they live unless absolutely necessary.

But such strict measures have had only a limited impact on the lives of most Chinese people. “Our previous experience with fighting the epidemic has made us less panicked,” said Wang Ying, who has not missed a day of work at an insurance company in Nanjing since the city saw a cluster of infections emerge. 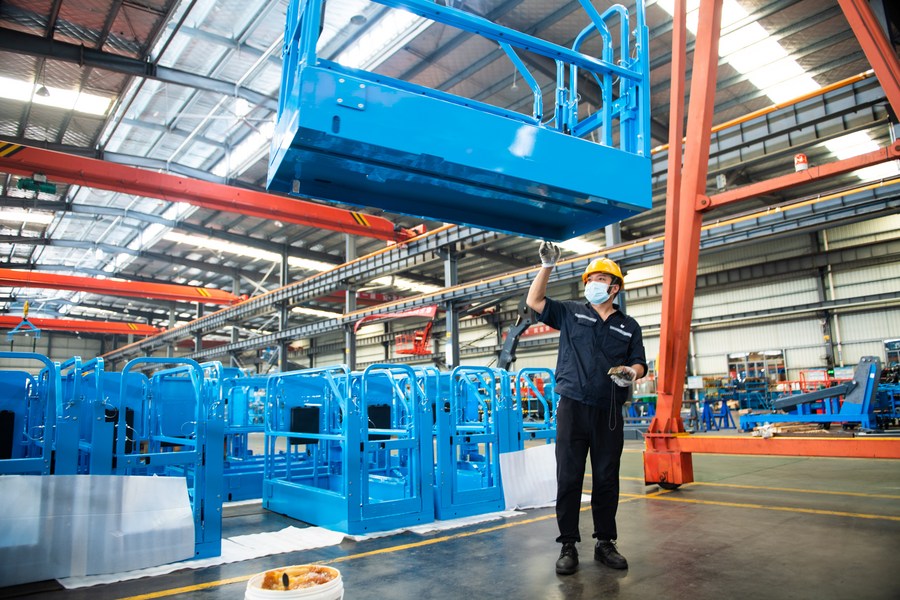 A staff member works at a workshop of a company in Ningxiang, Changsha, central China’s Hunan Province, Aug. 3, 2021. (Xinhua/Chen Sihan)

“Earning wages is important for employees like me to support our families. I think the government has done a good job in balancing epidemic control and the operations of enterprises,” Wang said.

Due to the temporary road traffic controls, Nanjing Changan Automobile Co., Ltd. initially had difficulty in delivering cars out of the city, but with the aid of local authorities, the company has successfully applied for traffic permits and shipped nearly 500 new energy vehicles.

In central China’s Hunan Province, which reported over 100 confirmed COVID-19 cases in recent weeks, economic and social development have been similarly resilient. At popular shopping sites in downtown Changsha, the capital of Hunan, people queue up in an orderly fashion to show their health and travel codes before entering shops.

“China has always been seeking a balance and trying its best to control the epidemic locally to mitigate the impact on society and the economy, leaving extreme measures like city lockdowns as the last resort,” said Yu Xin’an, vice president of the China Association of Regional Economy. 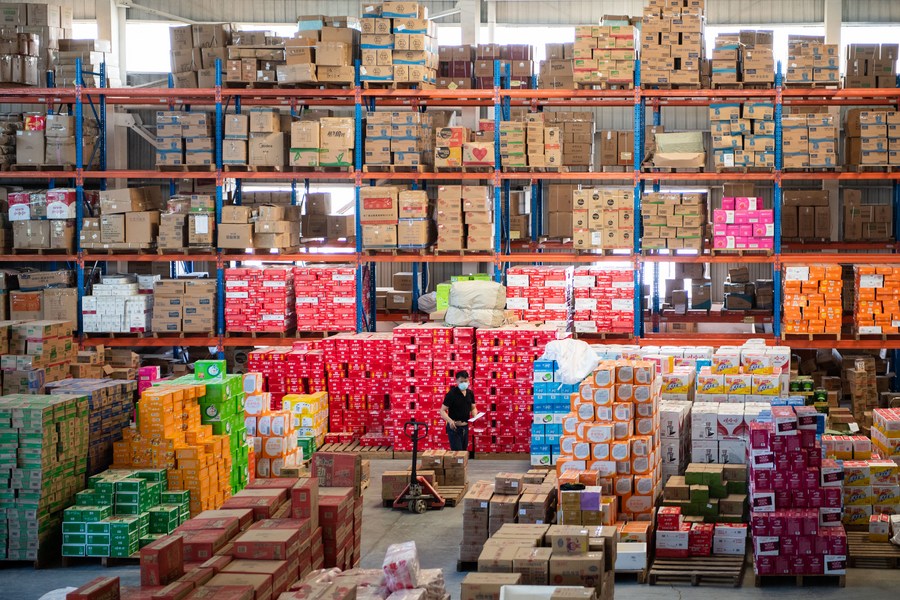 According to Yu, the impact of this latest round of Delta outbreaks on the national economy is limited and controllable, and the government has taken necessary actions to stem the virus spread while restoring normal social and economic operations at the earliest possible date.

To lessen the burden on enterprises, authorities in Jiangsu issued a notice on July 28 to help local firms in the procurement of raw materials, logistics and personnel exchanges. Financial authorities in Nanjing also proposed measures to increase credit and loan support to help firms ease capital turnover pressure.

The factory of carmaker SAIC MAXUS’s Wuxi Branch has been in full swing as the company is busy producing negative pressure ambulances to support the pandemic fight.

“Thanks to the help of local tax authorities, we have enjoyed a tax rebate of 42.5 million yuan (about 6.6 million U.S. dollars), which has greatly relieved our financial pressure stemming from capacity upgrades,” said Yan Gebai, chief financial officer of the company.

Major projects have also proceeded as scheduled. A groundbreaking ceremony for 12 projects related to infrastructure and public services, with a total investment of 1.2 billion U.S. dollars, was held this month in Jiangsu’s Wuxi. 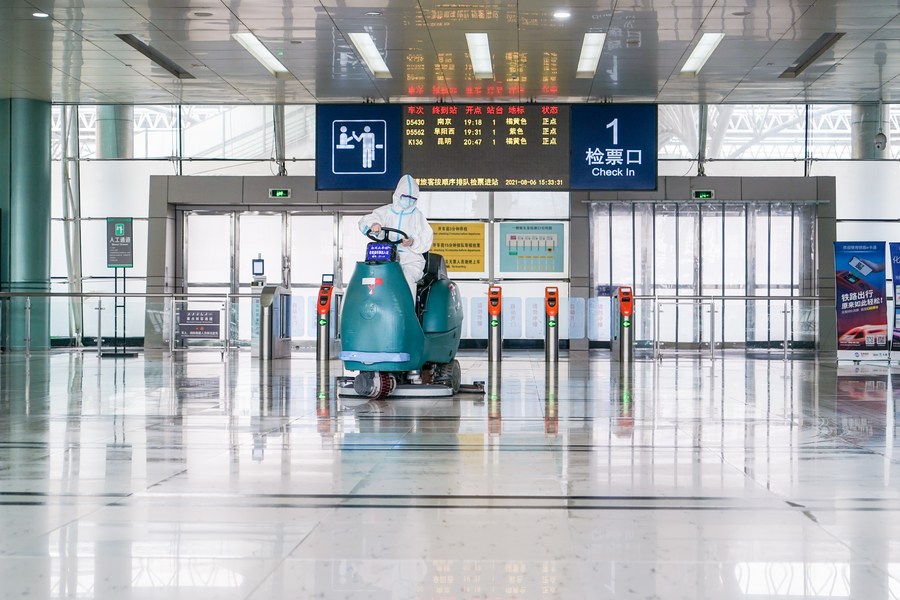 Wen Tao, an analyst with the China Logistics Information Center, said the Chinese economy has witnessed positive changes this year, as shown by the January-July PMI data, and has a relatively solid foundation for long-term development.

In a key meeting on economic work for the second half of this year held amid the COVID-19 resurgence, the Chinese leadership stressed that prudent monetary policy should maintain reasonably ample liquidity and support the continued recovery of small and medium-sized enterprises as well as stressed industries. Efforts should also be made to ensure the supply and stable pricing of commodities.

“Due to the disruption caused by the epidemic, the pressure on stable economic growth in the second half of this year has increased, but the sustained upturn is unchanged as China’s economy has strong resilience and great potential,” said Li Zongguang, an economist with financial institution China Renaissance.