A version of this story first appeared in CNN Business’ Before the Bell newsletter. Not a subscriber? You can sign up right here.

Wrong! At least when it comes to many of the Chinese companies listed on the Nasdaq and the New York Stock Exchange.

That’s because Chinese companies use a structure called a variable interest entity, or VIE, in order to raise money from foreign investors.

What’s a VIE? The structure uses two entities. The first is a shell company based somewhere outside China, usually the Cayman Islands. The second is a Chinese company that holds the licenses needed to do business in the country. The two entities are connected via a series of contracts.

When foreign investors buy shares in a company that uses a VIE, they’re purchasing stock in the foreign shell company — not the business in China.

For example, when US investors buy shares in Chinese ride-hailing firm Didi, which went public in June on the New York Stock Exchange, what they’re actually doing is buying stock in a Cayman Islands company called Didi Global.

Didi Global doesn’t own the business in China that connects riders to drivers. But it does have contracts in place that entitle its shareholders to the economic benefits produced by that business. 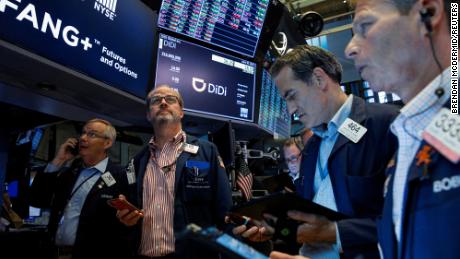 The upshot: When Americans fire up their trading app and buy shares in Didi, they are not getting a direct equity stake in the Chinese company. This arrangement is explained in Didi’s prospectus, but not everyone is aware. Alibaba, Pinduoduo and JD.com also use VIEs, to name a few.

Why use a VIE?

Chinese firms have been using the structure for decades because foreign investors are not really allowed to own stakes in local firms in industries including tech. Still, Chinese companies want to raise money abroad.

Creating an offshore holding company that goes public helps Chinese companies get around those rules. Wall Street and US regulators have long been cool with the arrangement, which gives American investors easy exposure to dynamic companies that are powering the world’s second largest economy.

But there are huge risks. First, it’s not clear that the contracts that entitle foreign investors to the economic benefits produced by Chinese companies are enforceable. It’s also not clear whether VIEs are legal under Chinese law.

Here’s what Didi says about the arrangement: Didi says in its prospectus that its legal counsel believes that its VIE “is not in violation of mandatory provisions of applicable PRC [Chinese] laws,” and that its contracts are “valid and binding.”

But it also included a warning to potential investors.

“We have been further advised by our PRC legal counsel that there are substantial uncertainties regarding the interpretation and application of current or future PRC laws and regulations,” Didi cautioned. “The PRC government may ultimately take a view contrary to the opinion of our PRC legal counsel.”

Think about the problem this way: Chinese companies are essentially telling Beijing that they are 100% owned by Chinese citizens. Meanwhile, the same companies are telling foreign shareholders that they’re the real owners.

After decades of both Chinese and US regulators taking a relaxed approach, there are signs that both are becoming uncomfortable with VIEs. 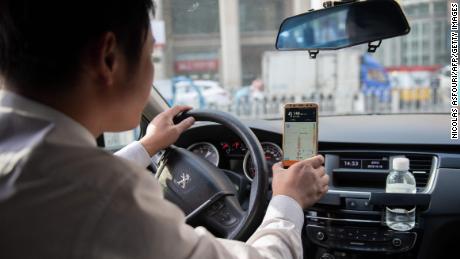 “I worry that average investors may not realize that they hold stock in a shell company rather than a China-based operating company,” he said.

One of the new SEC provisions will require Chinese companies to disclose “whether the operating company and the issuer, when applicable, received or were denied permission from Chinese authorities to list on US exchanges.”

That provision appears to be aimed at Didi. Just days after its massive IPO, Chinese regulators targeted the company with a cybersecurity investigation after it reportedly went ahead with the listing despite Beijing’s objections.

“I believe these changes will enhance the overall quality of disclosure in registration statements of offshore issuers that have affiliations with China-based operating companies,” Gensler said. 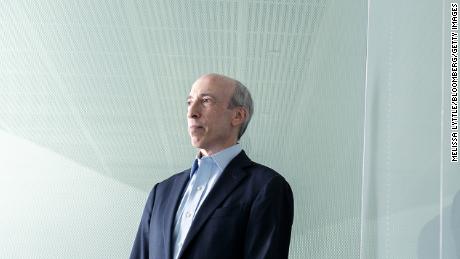 Gary Gensler, chairman of the U.S. Securities and Exchange Commission .

China is also taking a closer look at foreign listings. The powerful Cyberspace Administration of China proposed in July that any company with data on more than 1 million users must seek the agency’s approval before listing its shares overseas.

President Joe Biden announced an agreement last week that aims to push the US auto industry to sell more electric vehicles. The goals include a “shared aspiration” that 40% to 50% of vehicles sold in the US will be electric, plug-in hybrids or hydrogen-powered.

This will be a challenge, some experts say — but it isn’t really as hard as it might seem, reports my colleague Peter Valdes-Dapena.

Battery-powered vehicle sales, including both all-electric and plug-in hybrids, are expected to make up just 4.3% of all vehicles sold in the US this year, according to IHS Markit.

General Motors (GM) said months ago it hopes to sell only zero-emission vehicles, including electric and hydrogen-powered, by 2035. It could be expected, then, that at least 40% of its vehicle sales should be emissions-free by 2030. Stellantis, the company that owns the Dodge, Chrysler and Jeep brands, also recently said it planned for 40% of its US sales to be either electric or plug-in hybrid by the end of 2025, well ahead of the goal set by the Biden administration. Ford has also already announced that 40% of the vehicles it sells globally will be electric by 2030.

Automakers have been setting these goals for a number of reasons. Regulations are already changing in other parts of the world, such as in Europe, where there are plans to ban internal combustion vehicles by 2035. Consumer tastes are also changing — as the increasing popularity of Tesla (TSLA) has shown, said Jessica Caldwell, an industry analyst with Edmunds.

“No one really wants to be seen as the holdout or the dinosaur, the one that’s fighting this progress,” she said.