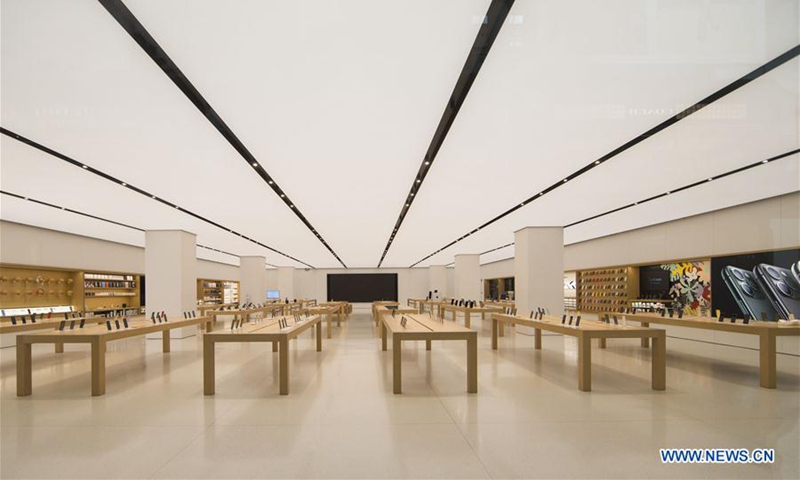 A group of 14 lawmakers in the House of Representative asked the US Commerce Department to add Honor to the government’s economic blacklist, Reuters reported on Saturday.

Huawei, which is still struggling after being cut off from US suppliers, sold its smartphone unit Honor to a consortium in November 2020, the separation allowed Honor to resume commercial relations with all suppliers, including those in the US.

While it is unclear as to whether the US will take any action against Honor, the letter may raise a red flag as to the future competition between China and the US. If Honor, a smartphone brand that is not involved in Huawei’s 5G business, is also subject to political suppression from the US government, that means the US political crackdown on Huawei may extend to cover market competition on an economic level. On the surface, such suppression is based on political and security reasons, which actually underlines the fierce competition for global market among capital forces.

If the US continues this twisted approach to economic competition to carry out its political intervention, the conflict between China and the US will become increasingly intense when it comes to markets and global supply chains.

Take the smartphone industry as an example. China is not only the world’s largest smartphone market, but also has a dominant role in the global manufacturing of smartphones. However, these advantages seem to be impacted by the growing US threat to Chinese companies.

For instance, China is one of the most important markets for Apple. In first quarter of this year, Apple’s sales revenue from China surged 87.5 percent year-on-year to $17.7 billion, accounting for nearly 20 percent of its global revenue. The company has supported more than 5 million jobs in China through its local companies, research and development centers, local suppliers and application developers, according to media reports.

Observers have long pointed out that China is by far the biggest source of Apple’s suppliers, contributing to great number of manufacturing jobs, which could also be seen as an umbrella for its sales in China.

While it seems that the bond between Apple, Chinese manufactures and the consumer market creates benefits for all parties in an era of globalization, there is a rising awareness that there are risks associated with the massive Apple-related employment base in China. At a time when some of China’s smartphone capacity is tied up to the production of iPhones, part of China’s employment market is facing growing uncertainties and risks, which comes from the unscrupulous crackdown on Chinese companies from US politicians. If conflicts between the two countries become increasingly intense, the job opportunities brought by Apple should not be held hostage by some US politicians to put on pressure on China.

Companies which make up Apple’s supply chain need to be more flexible in adapting to the market needs and creating new job opportunities. The same is true for other sectors that should try their best to create jobs in a variety of ways to be more resilient to future risks.