On a visit to the US in 2015, China’s president Xi Jinping did something passingly rare: he cracked a joke. Talking about the anticorruption campaign that had defined the first few years of his rule, he declared that it was about creating cleaner politics, not wiping out rivals. “This is not House of Cards,” he smiled, referencing the American political drama starring Kevin Spacey as crooked US president Frank Underwood. Not a bad gag, but pretty much a one-off. Over the past few years, Xi has made few other jokes in public. He has, however, instituted a new five-year economic plan while abolishing term limits and imposing a draconian national security law on Hong Kong. He has also fuelled global curiosity about the Chinese Communist party (CCP) and its aims. On the 100th anniversary of its foundation, there is a new urgency in knowing about the men (always men) who have run this emergent superpower.

David Shambaugh is widely regarded as one of the world’s most astute analysts of Chinese politics, and his lucid study pays particular attention to the personalities of the five top leaders who have shaped China since the communist revolution of 1949. “Mao [Zedong] often smiled, laughed and engaged with his interlocutors,” he notes. “Deng [Xiaoping] hardly ever did.” Humour is not the same as empathy; Mao was responsible for millions of deaths. But in a system as opaque and formalised as the CCP, any hint of personality at the top matters, whether it is gregariousness or reticence.

If there is a figure who comes out with the highest marks among the leaders of the past seven decades, it is Jiang Zemin (1989-2002). Shambaugh does not paper over the repression that took place during his years in power; Jiang was after all chosen to head the party after the turbulence of the 1989 Tiananmen Square massacre. Yet he was “a true cosmopolitan and cultured intellectual,” and “real political reform and institutionalisation occurred on his watch”. Deng Xiaoping is also rated highly as the most significant author of China’s modernisation, though the 1989 killings blot his record. However, the other leaders end up more negatively judged. “Mao’s greatest accomplishment was to unify the nation,” but with the horrors of the Great Leap Forward and Cultural Revolution, “his greatest failure was to tear it apart”. Hu Jintao (2002-12) did have significant achievements in domestic and foreign policy. But “his sterile personality” meant that he gave the impression of having done little of substance. In contrast, Xi seems like a new emperor: “all-powerful, regal, respected, feared, sycophantically revered”. In an era when strongman leaders have become a global trend, it is valuable to know what defines China’s entrants in the genre. 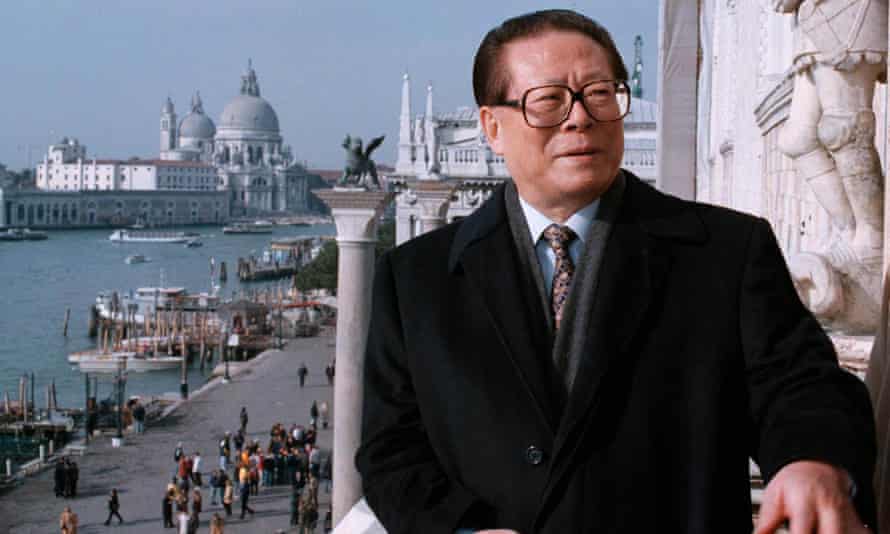 Yet leaders cannot act alone. They need an ecosystem around them, and the one surrounding all CCP leaders is complex and resilient. Shambaugh investigates one of the most intriguing questions of recent years: is the hardening of Chinese politics over the past decade purely a product of Xi Jinping’s personality? In the early 2000s, China’s system was firmly authoritarian, but allowed some limited space for civil society, lively social media (even when discussing politics), investigative journalism and discussion of democratic reform. By the mid-2010s, the party controlled everything, “east, west, south, north,” as Xi put it in 2017. However, the shift began in around 2009, three years before Xi took up the highest offices of party secretary-general and president. Why did China move toward a much harder form of politics in that year? The “black box” of Chinese leadership makes it hard to know for sure, but there are clues. One politician, Zeng Qinghong, who had advocated more liberal reforms within the one-party system, stepped down in 2008, and no other leader of his stature took up his agenda. In the same year, the global financial crisis discredited the “Washington consensus” and ideas such as liberal democracy that seemed to come along with it, allowing anti-western leaders’ voices more space. Leaders can reshape China, but the context matters.

Today, the CCP has reasons for confidence. Its leaders will have enjoyed watching the recent G7 discussing how to counter the Belt and Road initiative. China now plays a key role in global debates over Covid-19 vaccine supply and climate change. Yet the constant silencing of dissent does not suggest long-term confidence, and dangers from drought and demography threaten to undermine the party’s social contract. Shambaugh points out that Chinese politics has long seen cycles of repression followed by opening (fang-shou). The CCP’s leaders have shown they are capable of immense adaptability when needed. But most of the country’s most productive changes, in terms of economic strength and international influence, have come when it is at its most open.

China’s Leaders: From Mao to Now is published by Polity (£25). To support the Guardian and Observer order your copy at guardianbookshop.com. Delivery charges may apply.