Targeted by US, China has to do three things: Global Times editorial 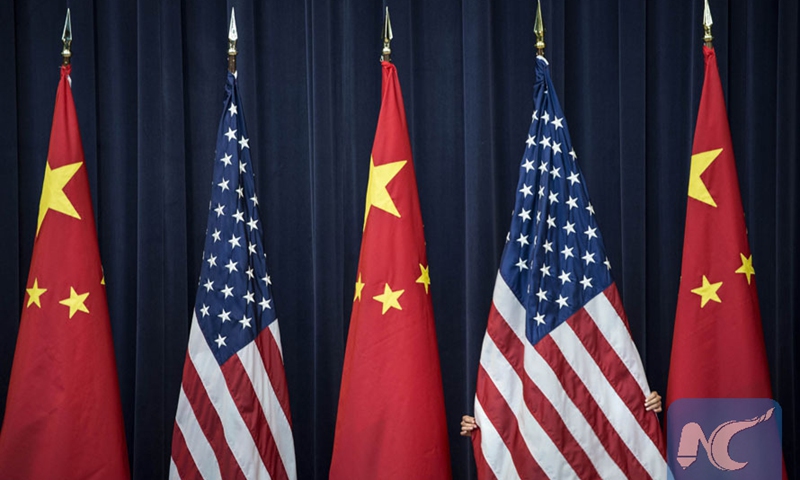 The latest report issued by the US Office of the Director of National Intelligence has put China’s push for “global power” first on the list of threats to the US, followed by Russia, Iran and North Korea. Such an assessment is not surprising at all. The report is not alone in term of the hype over challenges China poses in various fields including military, technology, global influence, and intelligence operations. Exaggerations of the so-called China threat can be found almost everywhere in the US and have become a common mentality and way of speaking by the American elites.

The political mobilization of the US to contain China through strategic competition and confrontation far exceeds China’s mobilization in its society to uncompromisingly struggle with and to ultimately defeat the US. The US wants a whole-of-government, whole-of-society and whole-of-allies suppression of China. It wants to build an iron curtain. Yet, China’s struggle against the US is a countermeasure to defend its own national interests while emphasizing opening-up to the outside world, including efforts to maintain basic cooperation with the US.

The US has fixed its definition of China as a strategic rival. This strategic mind-set has undergone the change of government. And it will probably last at least several decades. The room for China to mitigate the US’ hard stance toward China is getting smaller, because there is not much adjustment China could make. For a long time, China has not waged a war against others or subverted any regime. All it has been doing is developing itself while carrying out economic cooperation and reciprocal trade with other countries and regions. A large part of foreign exchange China has earned has been used to buy US Treasury bonds, or in other words, they are lent to Washington.

China will never change its own political system, which operates very well and has brought about the country’s vigorous development. Protecting the stability and efficiency of this system has become one of the core interests of the Chinese society. It is also impossible for us to concede in territorial disputes with neighboring countries. China’s thoughts on managing differences have actually been accepted by all parties and have achieved good results. Neither is it possible for us to stop developing since it is related to Chinese people’s basic rights to continue to improve living standards.

The US perceives that China has posed the biggest threat for two major reasons. First, China’s strength has increased rapidly and has a huge potential. The US has a sense of crisis that it will be surpassed by China sooner or later. Second, the US believes that achievements the socialist China has made constituted a competition of system with it, which it regards as a long-term threat. But as for these two reasons, China is unable as well as unnecessary to console the US.

Since the US system strongly encourages radical policies, tough propositions against China are likely to constantly spiral up and gain the upper hand to continue the deterioration of China-US relations. We cannot have any illusions that US’ madness toward China will stabilize due to its internal reasons. Such relative stabilization may appear in the short run but will not last long. The synergy within the US is meant to crush China.

China cannot fundamentally alleviate the US’ envy, jealousy and hatred against China. US hostility will be translated into various actions, threatening China’s national security. This is serious. It takes a long time to address the threat from the US, so China must undertake several short-term and long-term tasks.

First, China needs to urgently consolidate its deterrent capabilities to prevent the US from carrying out extreme strategic intimidation against China. In particular, China’s military buildup must fit the rapidly growing national security needs.

For instance, if we are determined to reunify the island of Taiwan by force, if necessary, we will need to significantly increase our deterrent against external threats. That includes nuclear deterrent. China will not attack US facilities in the first place. But as Washington keeps the ambition to militarily intervene in China’s affairs, enhancing military strength has thus become the only way for China to establish balance and ensure security.

Second, China needs to speed up its development, especially the capabilities of breaking through US’ stranglehold on technology. Washington and its key allies still harbor the illusion of suffocating China’s development. The clearer the trend that we can continue to develop rapidly, the more we can deal a blow to US and its key allies, and thus the more we can make countries with wavering attitudes keep distance from the US’ anti-China policy.

Third, China should strive to stabilize the framework of China-US relations, even if it is about fierce competition. We cannot expect the struggle against the US to be over in one stroke. Only by stabilizing the situation with the incremental strength that we keep accumulating can we eventually turn the tables. This process is destined to be difficult. We should be resilient rather than seek for momentary gratification. The longer the game China and the US play, the less likely the US will endure.