WASHINGTON — US Defense Secretary Lloyd Austin will arrive in Israel on Sunday for talks with senior Israeli officials, amid rising tensions in the region surrounding Iran’s nuclear activities and a possible revival of the 2015 nuclear accord – a deal Israel, under the leadership of Prime Minister Benjamin Netanyahu, has vehemently opposed.

The two-day visit to Israel is part of a larger trip to also meet with leaders in Germany, Britain and the NATO headquarters in Belgium in the coming week for talks with government and military officials, the Pentagon said Thursday.

The highest-ranked official of the administration of US President Joe Biden to visit Israel, Austin will meet Netanyahu, Defense Minister Benny Gantz and armed forces chief Lieutenant General Aviv Kochavi. Discussions will cover “shared priorities” and reaffirm Washington’s commitment to Israel maintaining military superiority over its neighbors, according to a Pentagon statement.

The trip will also include a tour of the Nevatim air force base and visits to the Yad Vashem Holocaust Memorial and to a Jerusalem memorial to fallen soldiers.

Austin will arrive days after representatives of the remaining parties to the troubled 2015 nuclear deal launched talks in Vienna this week on bringing the United States back into the agreement. Former president Donald Trump withdrew from the deal in 2018.

The talks broke for the weekend on Friday with a senior US official suggesting the US and Iran may be at an impasse over Tehran’s demands to lift all sanctions imposed under the Trump administration since 2017. 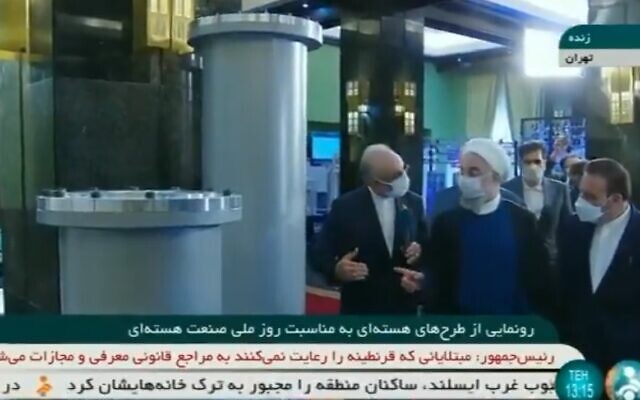 On Saturday, Iran announced that it has started up advanced centrifuges that enrich uranium more quickly, in a new breach of its undertakings under the troubled nuclear agreement.

Just a day earlier, the International Atomic Energy Agency (IAEA) said in a report released that Iran had again violated limits on its stockpile of enriched uranium, according to Reuters.

The IAEA report does not explicitly say that Iran violated the deal’s terms, but the agency releases such reports when a breach occurs. Diplomatic sources told Reuters that the report indicated that a breach of the deal had occurred. 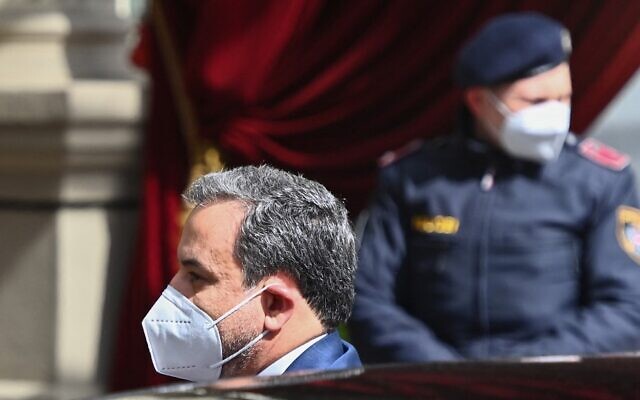 Abbas Araghchi, political deputy at the Ministry of Foreign Affairs of Iran, arrives at the Grand Hotel in Vienna on April 6, 2021, where diplomats of the EU, China, Russia and Iran will hold talks. (Joe Klamar / AFP)

The 2015 deal placed strict limits on Iran’s uranium stockpile. The IAEA determined on Wednesday that Iran had violated those limits by recovering uranium from items called scrap fuel plates.

Israel is vehemently opposed to the revival of talks by the US to re-enter the agreement. Netanyahu warned Wednesday that Israel will not be bound by a revitalized nuclear deal between world powers and Iran, declaring that the Jewish state is obligated only to defending itself against those who seek to destroy it.

“A deal with Iran that threatens us with annihilation will not obligate us,” Netanyahu declared. 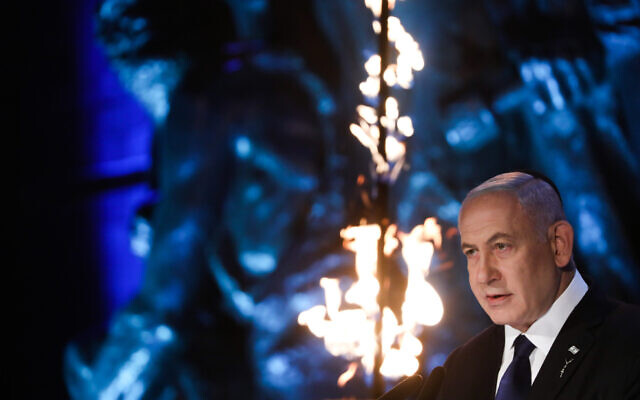 Biden argues that the 2015 nuclear deal negotiated under former president Barack Obama had been successful, with UN inspectors saying Iran was meeting its promises to scale back nuclear work dramatically.

Iran has demanded that the United States first lift all sanctions imposed by Trump, which include a sweeping unilateral ban on its oil exports, before it falls back in line with obligations it suspended.

A war waged at sea?

Austin’s visit also comes amid indications the Israel-Iran conflict was increasingly being waged at sea, marking a change in the conflict that previously took place primarily via airstrikes, cyberattacks, alleged espionage activities and on land.

Iran on Thursday vowed to retaliate for a recent attack on an Iranian ship in the Red Sea, blamed on Israel.

Brig. Gen. Abolfazl Shekarchi told Russian news agency Sputnik that Iran was investigating Tuesday’s attack on the Saviz and would not retaliate until the competition of the probe.

“If we uncover the source of the attack on the ship, we will definitely respond, we will never be silent,” he said, adding that he believed Israel and the US were behind the incident.

The Saviz, which was reportedly hit by a limpet mine, has allegedly been used for years by Iran’s Islamic Revolutionary Guard Corps as a command-and-control center for its operations in the region. 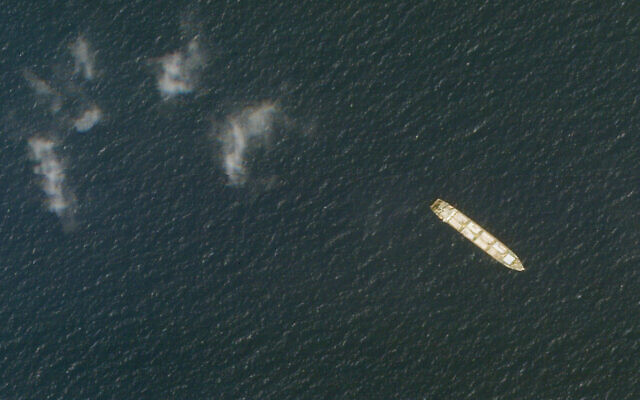 A US official told The New York Times on Tuesday that Israeli forces carried out the attack.

Israeli officials have refused to comment on the matter, in line with a longstanding policy of ambiguity regarding its military actions against Iran in the region, save for those that are direct, immediate retaliations for attacks on Israel.

Israel and Iran have accused each other recently of attacking a number of merchant ships, damaging them with explosives. The vessels in each case were only lightly damaged and there were no reported injuries in the incidents.

In Europe, the arrival of the Pentagon chief comes as Russia has sent shivers across the continent with the massing of troops and war equipment along its border with Ukraine.

“Russia now has more troops on the border of Ukraine than at any time since 2014,” White House Press Secretary Jen Psaki said Thursday, saying Biden was “increasingly concerned.”