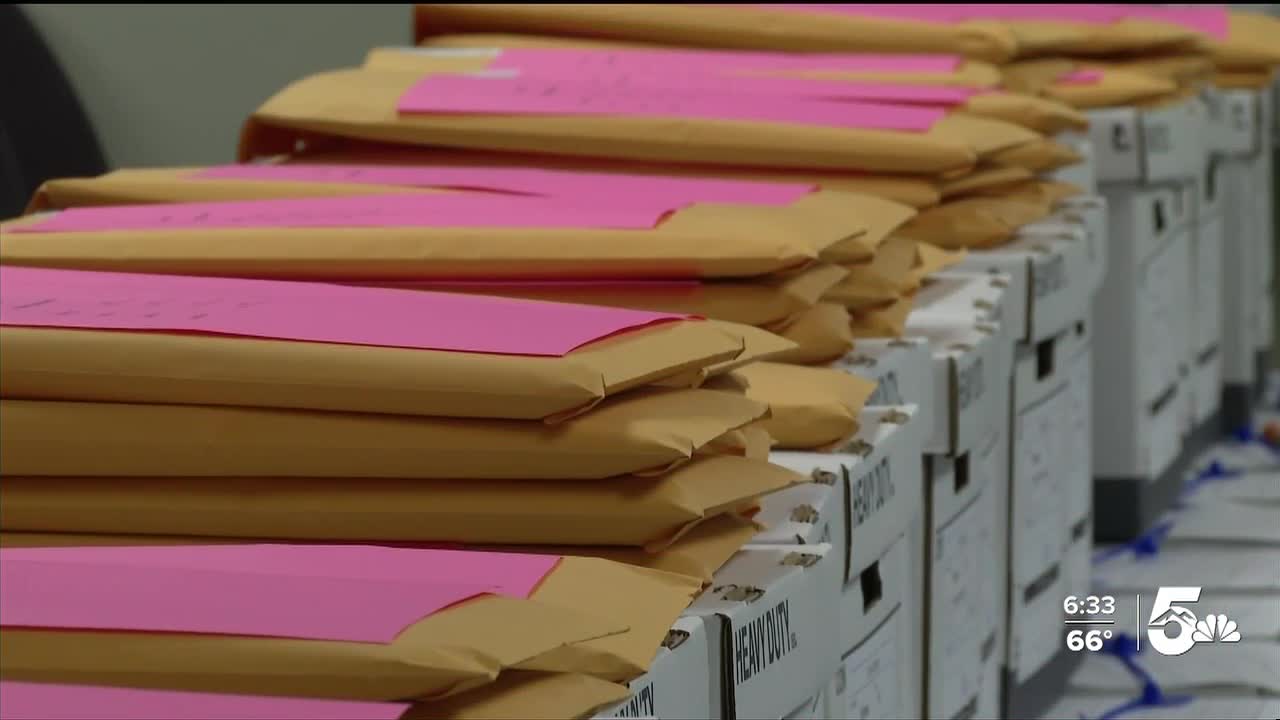 The county clerk in El Paso and Pueblo Counties want the public to be confident about the results of the 2020 presidential election. So, they’re making available digital copies of all of the voted ballots.

COLORADO SPRINGS, Colorado — The Republican and Democratic county clerks in El Paso and Pueblo Counties want voters in their communities to be confident in the results of the 2020 presidential election. On Thursday, both officials made digital copies of every voted ballot from the election available to the public.

Clerk Chuck Broerman in El Paso County, a Republican, said he and his staff are still answering questions five months later from voters who believe fraud occurred. He doesn’t want those doubts to discourage people from participating in future elections.

“People get a little disheartened and they don’t vote, and that’s not good for our representative democracy,” Broerman said. “It’s always best when we have more voices that are heard.”

He explained the Dominion Voting Systems used in Colorado are audited before and after each election to make sure they count the ballots accurately. The risk-limiting audit which occurs after each election compares a sample of paper ballots with the images of those ballots recorded by the machines and the corresponding vote tallies that were reported.

Dominion was heavily criticized by the Trump campaign in lawsuits filed in various states after the election. Clerk Gilbert Ortiz in Pueblo County, a Democrat, hopes to quiet criticism from skeptics by being transparent and releasing the documents.

“I’m calling their bluff, all those conspiracy theorists out there that think that Colorado elections aren’t run open and transparent,” Ortiz said. “And comparing Georgia to us, which is like comparing a gourmet meal to a peanut butter and jelly sandwich, I wanted to show them that there’s nothing that we are hiding.”

In order to preserve ballot secrecy, voters are asked to not sign their ballots. Some still do, and the elections staff in both counties carefully reviewed every ballot to redact out those signatures before releasing the documents to the public.

In Pueblo County, around 89,000 ballots are included in the voter file. The documents can be viewed in two different methods online at pueblovotes.com.

Interested persons can create an account with Dominion to view the ballots in their database. Ortiz explained that the company database allows users to filter the data set down to specific precincts.

However, he knows many people are suspicious of providing the company with an email address. So, he also made the documents available on Google Drive.

Broerman said around 383,000 ballots are included in the El Paso County file. The 120-gigabyte file is much too large to post online. Voters can choose to download a sample of 6,000 ballot images from the clerk and recorder’s website.

Broerman said they will need to bring a new hard drive to the elections office in order to receive the entire file.

“You need a disc drive that’s able to hold about 200 gigabytes, in its original packaging, and then we’ll download it to that,” he said.

Broerman said there is no need to submit a Colorado Open Records Act request to access the ballot images. The two clerks are making the documents public independently after pledging to do so during a hearing before the Colorado General Assembly’s Legislative Audit Committee in December.

Clerk Carly Koppes in Weld County is also making images of ballots counted in her community available to the public. Like El Paso County, they’re asking those who are interested to bring a hard drive to the office to receive a copy of the file.