Sign up for the Guardian’s Fight to Vote newsletter

Texas and Arizona have emerged as two of the next major battlegrounds over voting rights. Texas Republicans last week advanced legislation that would limit early voting hours, prohibit drive-thru voting and give partisan poll workers the ability to record voters at the polls, among other measures. In Arizona, Republicans are moving ahead with an audit of ballots from the presidential race while also advancing legislation that would make it harder to vote by mail.

Lawmaker Park Cannon on Georgia voting law: ‘A regression of our rights is happening’

Nationally lawmakers have introduced 361 bills to limit access to the ballot in some way, according to a tally by the Brennan Center for Justice. Fifty-five of those bills are advancing in legislatures.

After companies like Delta and Coca-Cola faced criticism for waiting too long to speak out against the Georgia legislation, advocates have been heartened by swift corporate condemnation of the Texas measure. American Airlines, which is based in Texas, said on Thursday it was “strongly opposed” to the Texas legislation. Microsoft and Dell also spoke out against the measures. Major League Baseball announced on Friday it was moving the All-Star Game out of Atlanta in response to Georgia’s sweeping new law.

Joe Straus, the former speaker of the Texas house of representatives, also came out against the measures on Thursday, tweeting that businesses had “good reason” to oppose the bill. “Texas should not go down the same path as Georgia. It’s bad for business and, more importantly, it’s bad for our citizens,” he said.

Anthony Gutierrez, the executive director of the Texas chapter of Common Cause, a government watchdog group, said those statements were significant and could help sway lawmakers, including Dade Phelan, the speaker of the Texas house of representatives. Gutierrez has been involved in fights over voting rights for more than a decade and said he could not recall another instance where there was the kind of broad opposition to the bills that exists now.

“A lot of us are thinking that Texas is the next Georgia, but I think the big difference is all these prominent voices weighing in are coming in much earlier,” he said. 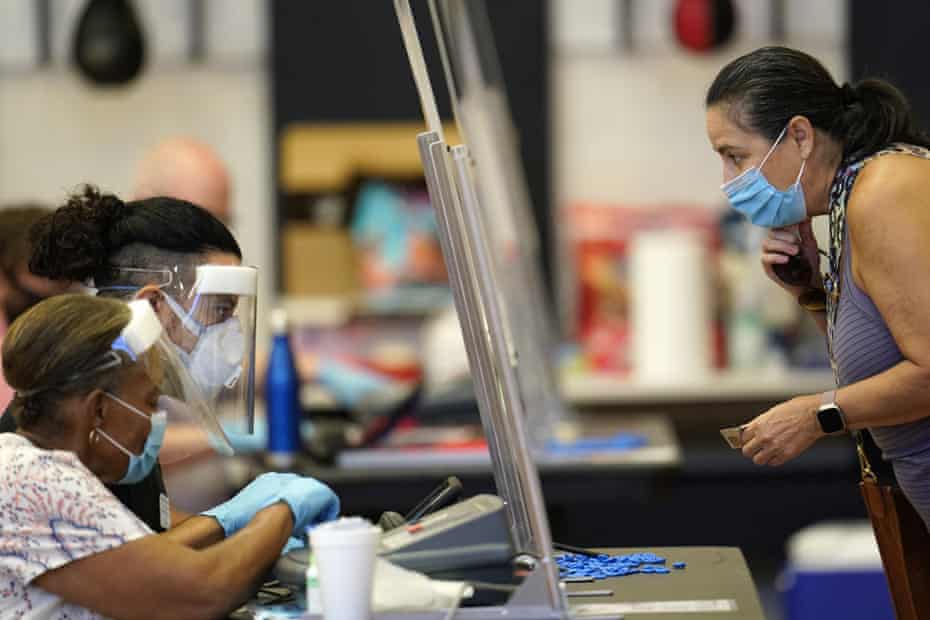 Attention on Texas, one of the lowest-ranking states for voter turnout in 2020, escalated this week after lawmakers advanced a measure that appears squarely aimed at preventing local officials in urban areas from taking creative measures to expand voting access. In addition to blocking drive-thru and 24-hour voting, two popular options offered in Harris county, home to Houston, in 2020, the law also prevents officials from mailing absentee ballot applications to voters. In addition the bill imposes new requirements on people who assist voters and gives local election officials less flexibility in allocating election equipment.

The measures would clearly empower partisan poll watchers. One measure allows poll watchers to record voters at the polls if they “reasonably believe” they are receiving illegal assistance. Another provision makes it harder for local officials in charge of an election precinct to remove poll watchers during voting.

“It is a huge deal because of how many incidents we see in Texas of poll watchers misbehaving and needing to be disrupted for a good reason,” Gutierrez said.

“This is an invasion of privacy, it’s an invasion of ballot secrecy, it could be potentially very intimidating,” said David Becker, the executive director of the Center for the Election Innovation and Research, who works with Republican and Democratic election officials across the country. “Texas has, as far as I’m concerned, the most disturbing bill that I have seen.”

In Arizona, a state Joe Biden won by just over 10,000 votes in 2020, activists are also pushing a slew of anti-voting measures. One priority is a bill that would make changes to a list voters can join to automatically receive a mail-in ballot each election. About 75% of Arizona voters are on the list, according to the Associated Press (AP), but lawmakers want to enable the state to remove voters from the list if they don’t vote by mail in at least two consecutive elections. About 200,000 voters who didn’t vote by mail in 2018 or 2020 would be removed from the list, according to the AP.

“This is a really important piece of our election system. It’s been in place just like it is for more than a decade. People trust it, they love using it,” said Emily Kirkland, the executive director of Progress Arizona, which is lobbying against many of the proposed changes. “This year, obviously fueled by all the conspiracy theories we saw going into and after the election, Republicans in the state legislature are attacking it.”

Advocates are also concerned about another bill that would require voters to provide either their driver’s license or voter registration number along with their birthday when they return a mail-in ballot (Arizona currently uses signature comparison to verify the identity of mail-in voters). Those requirements would pose difficulties for many Native American voters, said Torey Dolan, a Native vote fellow at Indian law clinic at Arizona State University.

Dolan said that it can be difficult to find out a voter registration number online and noted that the bill currently did not allow for the use of tribal identification cards as a form of identification. Many Indigenous elders, she noted, were not born in hospitals and have delayed birth certificates, and therefore have approximate birthdays.

“Arizona election law, before this cycle, was not equally accessible to Native Americans,” she said. “As more barriers go up, it only exacerbates that gap from access.” 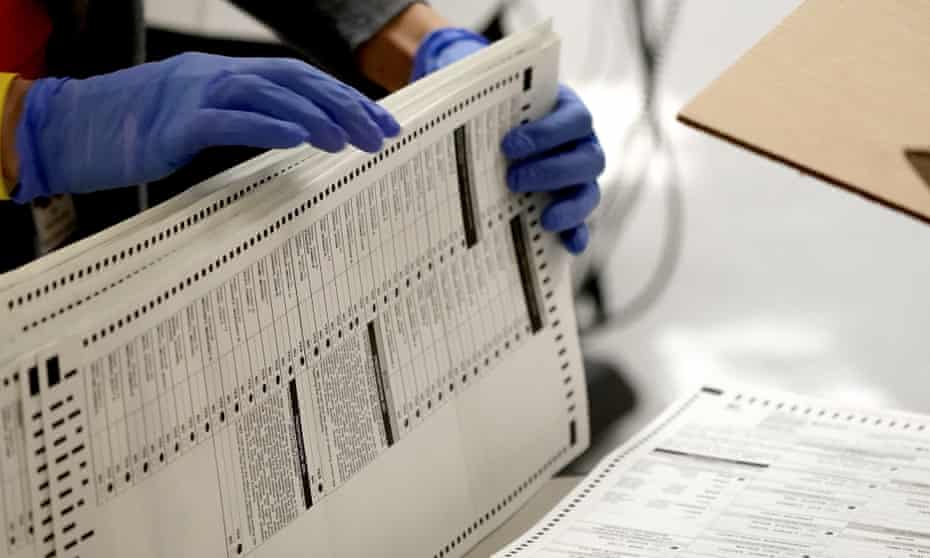 Aside from legislation, Arizona Republicans are also moving ahead with more efforts to stoke uncertainty about the results of the 2020 election. The state senate, controlled by Republicans, is moving ahead with a recount and audit of 2.1m ballots in Maricopa county, the state’s most populous, months after the state certified the election. The county has already completed an audit of its voting equipment, which found ballots were counted correctly.

One of the four firms the senate hired to lead the audit is led by Doug Logan, who has publicly said he believes there was widespread voter fraud in 2020 and advanced other conspiracy theories about the election, according to the Arizona Mirror.

“Can you imagine the outcry if Democrats in Pennsylvania, Michigan or Wisconsin in 2016 in a state senate, had decided they wanted to, six months after an election, start an audit of the ballots of an election that was already certified and the people were already in office?” Becker said.

“And then they hired the consultant, someone from out of state who had publicly argued that Hillary won the election and the election was fraudulent? That’s a mirror image of what’s happening in Arizona right now.”