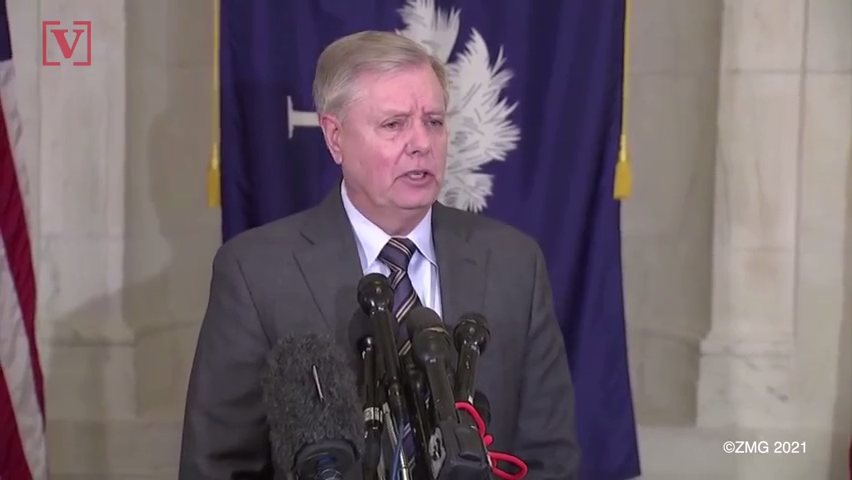 Republican Senator Lindsey Graham claimed once again that he would use his AR-15 to shoot gangs in the event of a natural disaster.

Republican Sen. Lindsey Graham said on “Fox News Sunday” he would use his AR-15 to defend his home if needed, a comment that drew the ire of some gun control advocates.

“If there is a natural disaster in South Carolina where the cops can’t protect my neighborhood, my house will be the last one that the gang will come to because I can defend myself,” the South Carolina senator told the show’s host, Chris Wallace.

Graham admitted to owning the assault rifle after Wallace asked what was wrong with a serious debate on assault weapons and large-capacity magazines.

“At the end of the day if you think an assault weapons ban is what the country needs, bring it to the floor of the United States Senate and vote on it. I welcome that debate,” Graham said.

‘We have to act’: Biden calls on Congress to move fast on background checks, assault weapon ban after Boulder shooting

Graham did not immediately respond to a USA TODAY request for comment.

The debate over owning assault weapons returned to the national spotlight after last week’s Boulder, Colorado supermarket shooting where 10 people were killed.

Graham has long opposed a ban on assault weapons and has openly shared images of himself using one.

The House of Representatives approved two bills that would expand background checks on firearm sales on March 11, and Democratic lawmakers have argued that recent mass shootings prove the need for stricter gun laws.

“So now we know that as a US Senator, you have two choices of action during a natural disaster in your state: 1) Fly to Cancun, or 2) Grab your AR-15, barricade your front door and protect yourself from all the ‘gangs.’ Got it,” Kerr tweeted Sunday.

He said the idea of a “tough guy fending away apocalyptic invaders” is a narrative Republicans want “to sell more guns.”