What to expect after J.J Watt’s big-money signing with the Arizona Cardinals

Kevin Stefanski excited about Baker Mayfield’s upside in 2021: ‘He’s chomping at the bit’

With reopenings in gear, Newsom warns virus cases could shift from drop-off to ‘plateau’ 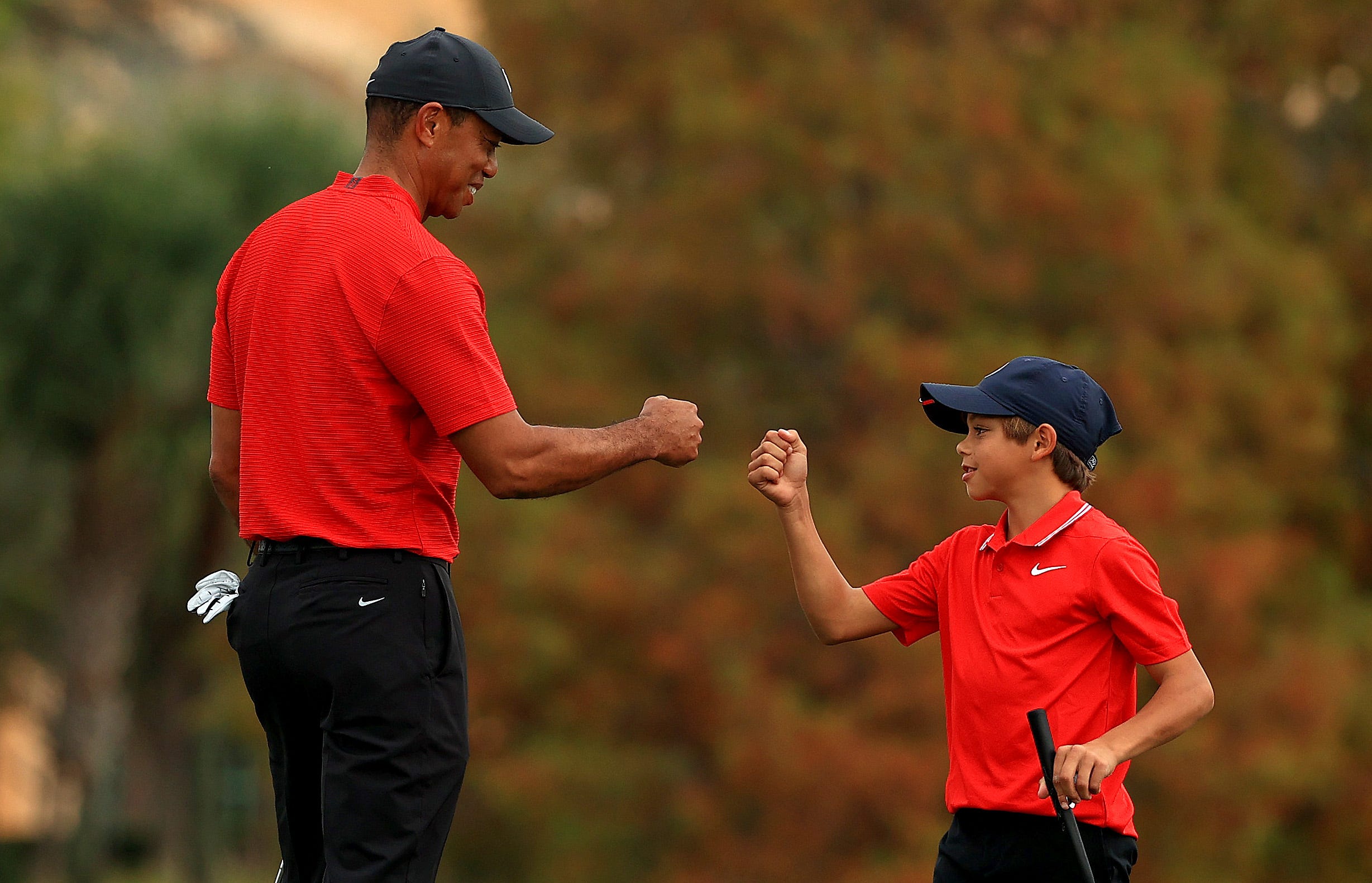 Christine Brennan on Tiger Woods: You think of him as a dad first

SportsPulse: Christine Brennan reacts to Tiger Woods vehicle crash and touches on his prevailing legacy as a father.

Los Angeles County Fire Department spokesman Christopher Thomas told USA TODAY Sports that the fire department arrived on scene shortly before 7:30 a.m. First responders removed the vehicle’s windshield, he said, and pulled out the vehicle’s only occupant – Woods – who was then transported to a local hospital.

“He is currently in surgery and we thank you for your privacy and support,” Woods’ longtime agent Mark Steinberg told Golfweek.

Woods, a 15-time major winner, is one of the most decorated golfers of all time (82 career victories). His last major victory, at The Masters in 2019, was his first in 10 years.

Here is the latest information regarding the accident and Woods’ condition.

The LA County Sheriff’s Department responded to a 911 call for a roll-over accident at 7:12 a.m. on the border of Rolling Hills Estates and Rancho Palos Verdes. The vehicle had been traveling northbound on Hawthorne Boulevard and sustained major damage.

Woods was the driver and sole occupant of the vehicle.

Video of the crash site showed a mangled SUV, with the front end destroyed and airbags deployed.

According to the Los Angeles Times, the crash happened on a “curvy, steep stretch of Hawthorne Boulevard, a major road that cuts through the Palos Verdes Peninsula.” Los Angeles County Sheriff Alex Villanueva told reporters that accidents are frequent in the area because of the slope and curve of the road.

MAP OF CRASH SITE: Updates and location of accident

Villanueva said the vehicle made contact with a sign on the center median and crossed into the oncoming southbound lane before striking a curb, a tree and rolling over several times before coming to a stop about 50 feet away from a home.

Villanueva said at this time, there is no reason to believe impairment or weather were factors in the crash. He said Woods was wearing his seat belt and added that an investigation of the accident could take days or even weeks.

The extent of Woods’ injuries is not completely known, but Steinberg said the golfer suffered “multiple leg injuries.” The injuries are not believed to have been life-threatening.

Responding officer Deputy Carlos Gonzalez told reporters that due to the nature of the accident, and the fact Woods was extricated from the vehicle, he met the criteria to be taken to the nearest trauma center, Harbor UCLA Hospital.

Gonzalez said Woods was unable to stand, and he was removed from the vehicle on a backboard. He was conscious and able to speak, appearing “calm and lucid,” Gonzalez said.

Woods replied “Tiger” when asked for his name, and Gonzalez immediately recognized him, he said. Gonzalez was wearing his body camera and it was on when he found Woods.

Osby said it was reported to him that Woods had serious injuries to both legs.

Woods makes his home in Jupiter, Florida, but he had been in Southern California over the weekend for the Genesis Open, a tournament hosted by his foundation at the Riviera Country Club in Los Angeles. He presented winner Max Homa with a trophy following the final round.

Tiger Woods had back surgery in December

Not long after he played alongside his son, Charlie, at the PNC Championship, Woods underwent back surgery — a microdiscectomy procedure to remove a pressurized disc fragment— in December that has prevented him from playing this season. He told CBS’ Jim Nantz during Sunday’s final round, “I’m feeling fine. I’m a little bit stiff. I have one more MRI scheduled … then I can start doing more activities.”

What type of car was Tiger Woods driving?

Photos and footage of the SUV that Woods was driving show a “Genesis Invitational” logo on the side of the vehicle. A Genesis spokesman said Woods was driving the GV80, the only SUV under Genesis — a luxury brand sold by Hyundai.