Nineteen members of the family of Saudi Muslim scholar and political prisoner Salman Al-Awda have been banned from travel outside Saudi Arabia, including six great-grandchildren, the youngest just a 1-year-old. MBS has also targeted royals, the rich and the powerful in an effort to intimidate, shake down and thwart any challenge to his power. The campaign against the Saudi power elite was launched in November 2017, when MBS’ security forces detained hundreds of the Kingdom’s richest royals and businessmen at the swanky and now infamous Ritz Carlton Hotel. After enduring weeks of confinement that allegedly included torture and forking over assets under duress, the Ritz detainees were released — save for one who died in custody. (A Saudi official told the New York Times that the allegations of abuse and torture are “absolutely untrue.”)

The shakedown and intimidation continue, though, under the guise of the travel ban, a non-violent but still effective tool of oppression. Since the Ritz we estimate, based on our sources in Saudi Arabia, that hundreds of the rich and royal have been added to the banned list, along with their families.

These bans violate Saudi domestic law, its own regional treaty obligations and international law. Saudi domestic law requires all bans to have “a specific period of time,” and the Arab Charter on Human Rights, to which Saudi Arabia is a party, forbids governments from “arbitrarily or illegally” depriving citizens of their right to leave the country. Moreover, customary international law, which binds all countries, requires any government issuing a travel ban to provide “precise criteria” for the ban and to afford the affected individual the opportunity to appeal it. 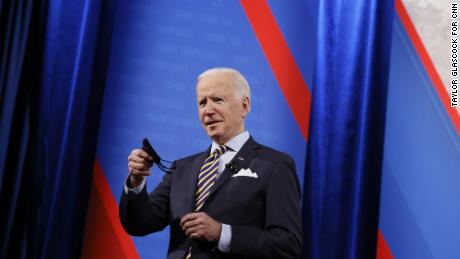 Biden is racing a ticking clock to fulfill this campaign promise

The Saudi government’s travel bans flout all of these domestic and international legal requirements, depriving citizens of the right to leave the country. Many of those placed on the banned list often only find out about it when they go to the airport or try to cross a border post, making it unclear exactly how many people have been affected. The ban also constitutes an integral part of the government’s apparatus of oppression, a first step along a continuum, which, depending on the whims of its unelected leaders, might well progress to detention or disappearance.

Sarah and Omar Aljabri, ages 21 and 22, the children of former intelligence official Saad Aljabri who fled the country to Canada, have made their way along that continuum, from travel ban to secret trial to detention in an undisclosed location. They are children being used as pawns to escalate pressure on their father, who last August filed a lawsuit in a Washington, DC district court alleging that MBS dispatched an assassination squad from Saudi Arabia to Canada to try to kill him just days after journalist Jamal Khashoggi was killed by members of the same group. (MBS has denied personal responsibility for Khashoggi’s killing and dismemberment in Turkey in 2018, but said he took “full responsibility” for the journalist’s murder because it was carried out by Saudi officials.)

Others have been detained or disappeared altogether after being issued with a travel ban: Ahmed and Abdulmajeed Abdulaziz, two brothers of prominent Saudi activist Omar Abdulaziz, the rich and royals Faisal Bin Abdullah, Basma bint Saud and Mohammed bin Nayef, to name just a few that have been documented by Human Rights Watch. All of the travel-banned Saudis, along with exiled dissidents, live in a twilight of uncertainty and fear.

The United States has an important stake in this clash between dissident and authoritarian forces in Saudi Arabia — a struggle that is also playing out on a larger scale across the Middle East and North Africa. 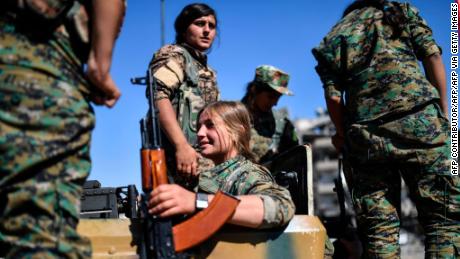 These are the women who crushed the Caliphate

At a minimum, the Biden administration — which says it wants to “recalibrate” its relationship with Saudi Arabia — has an obligation to temper the worst excesses of a leader who has a penchant for sadistic abuses and wanton wars that have harmed and destabilized the region. MBS, is, after all, America’s liability as long as the US government provides him with billions in military weapons and political cover. Moreover, the US has a fundamental reason, both from a moral and self-interest standpoint, to provide support for the dissident and nascent democratic forces that are locked in an existential struggle with the forces of authoritarianism across the region, from Egypt to Iran, Saudi Arabia and Yemen, UAE and Bahrain, Syria, Iraq and Turkey. Indeed, that struggle is taking place worldwide, and, as President Biden has declared, we are a party to it.

To bolster the forces of democratic reform, the Biden administration should strike a blow against Saudi human rights violations not only in Yemen, but also in Saudi Arabia. The Biden administration has already put a temporary freeze on arms sales to Saudi Arabia; it should use this pause to implement targeted sanctions that would raise the costs of the travel ban to the Saudi government. Such a measure would signal to the Saudis and the world that the US stands firmly on the side of civil society and has turned the page on the Trump administration’s policy of embracing despots.

The new administration could take a small but significant step by instituting a bar on entry into the US of Saudi leaders, a visa ban for those most responsible for the travel ban, starting with staff members at the Saudi Royal Court and the Interior Ministry.

Get our free weekly newsletter

Such a tailored sanction would raise the cost of the travel ban for the Saudis and might just convince MBS to back off and allow Saudis who want to leave to do so. A forceful US response to the Saudi ban would also help fortify the community of dissident Arab exiles who could well play a critical role in the future of the region, and it would position the US in the larger struggle exactly where we belong — on the side of dissidents, civil society and the rule of law.