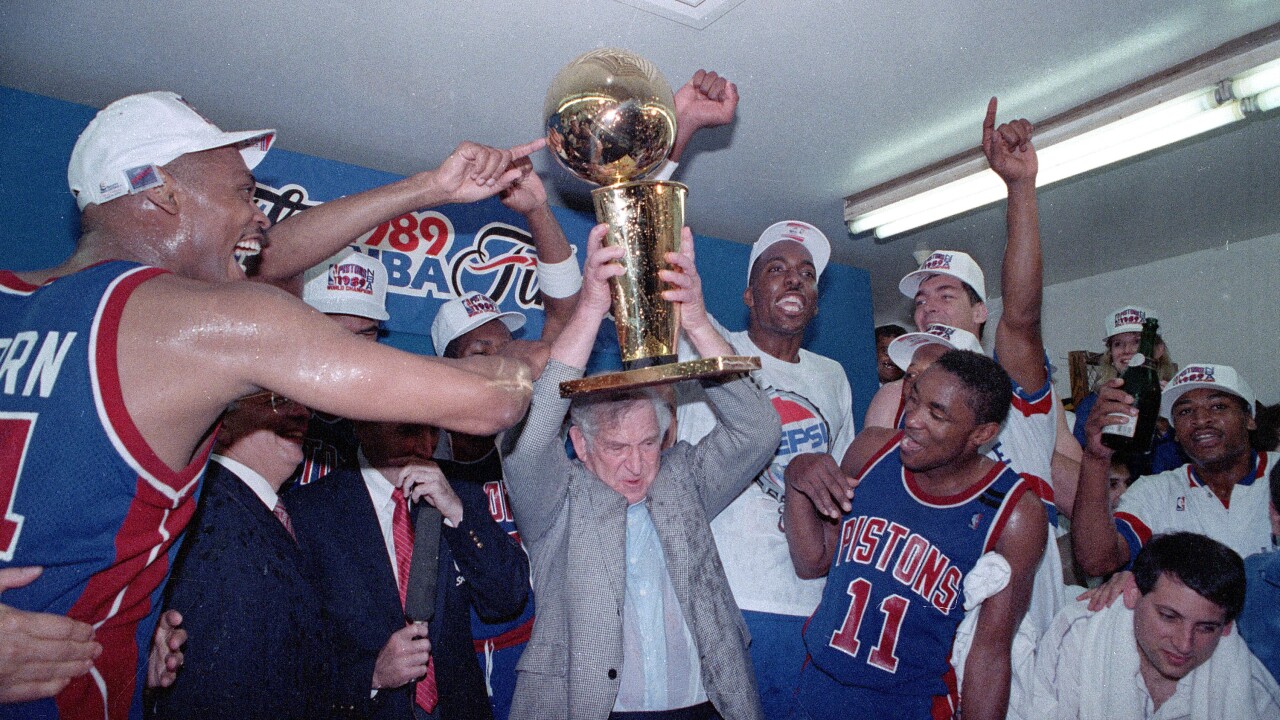 DETROIT, Mich. — He was deemed as the ‘Baddest Bad Boy of the all’ by Detroit Pistons broadcaster George Blaha back in the 1980s and now he’s recapping his career and his tenure in Detroit.

After a 1985 trade that sent him from the Washington Bullets to the Detroit Pistons, Mahorn recalls being upset after arriving in the Motor City.

“Hell no I wasn’t happy,” Mahorn laughed, “coming up here, the cloudy skies, I was just like ‘oh man,’ I thought I was established with the Bullets.”

The Pistons were coming off of a 46-36 season in the 1984-85 season and were hoping Mahorn would help push the team over the top.

After Mahorn joined the team, fellow big man Bill Laimbeer pulled him to the side and told him what his role was.

However, after Pistons head coach Chuck Daly pulled Mahorn to the side, he understood where he’d fit on the roster.

“When Chuck Daly told me my role, I accepted it,” Mahorn added.

Fast forward 35 years later, Mahorn says Laimbeer is one of his best friends and he stays in touch with all of his former teammates.

“You know what, Laimbeer is my man, I love him, I love him, and all of the Bad Boys players that I played with.” 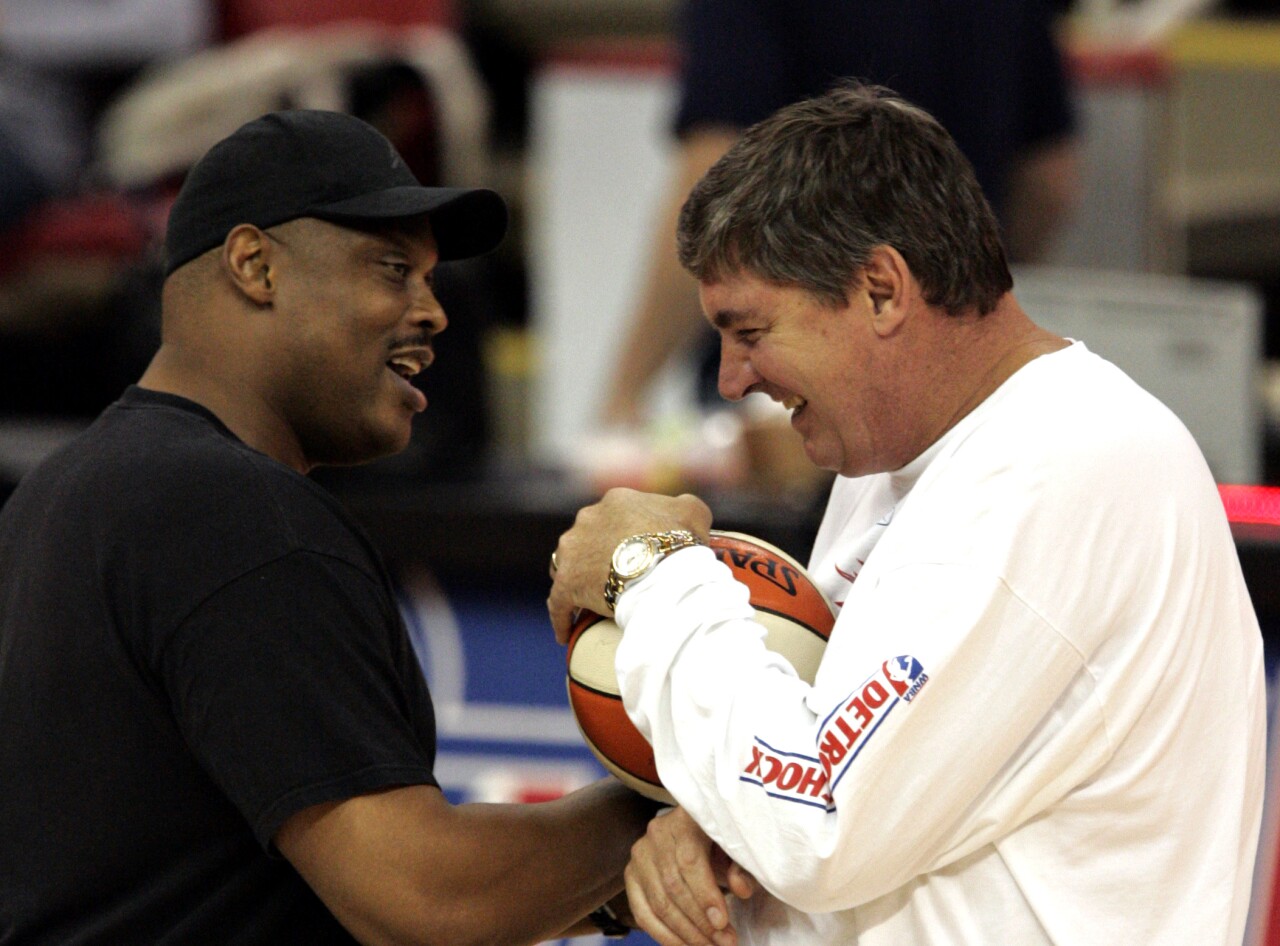 Detroit Shock basketball head coach Bill Laimbeer, right, meets with assistant coach Rick Mahorn before the start of practice at the Joe Louis Arena in Detroit, Friday, Sept. 8, 2006. The Shock will meet the Sacramento Monarchs on Saturday for Game 5 of the WNBA finals. (AP Photo/Carlos Osorio)

While it took a couple of seasons for the Pistons to finally get over the top, the 1989 season was obviously special after Detroit swept the Los Angeles Lakers in the NBA Finals.

“We were gritty,” Mahorn said, “we represented the Detroit Pistons in a way it should be, as hard-working individuals, just like the one that is working in the factory, the one cleaning the street, the garbage man, we related to people that always had to fight to try to stay above to be recognized.” 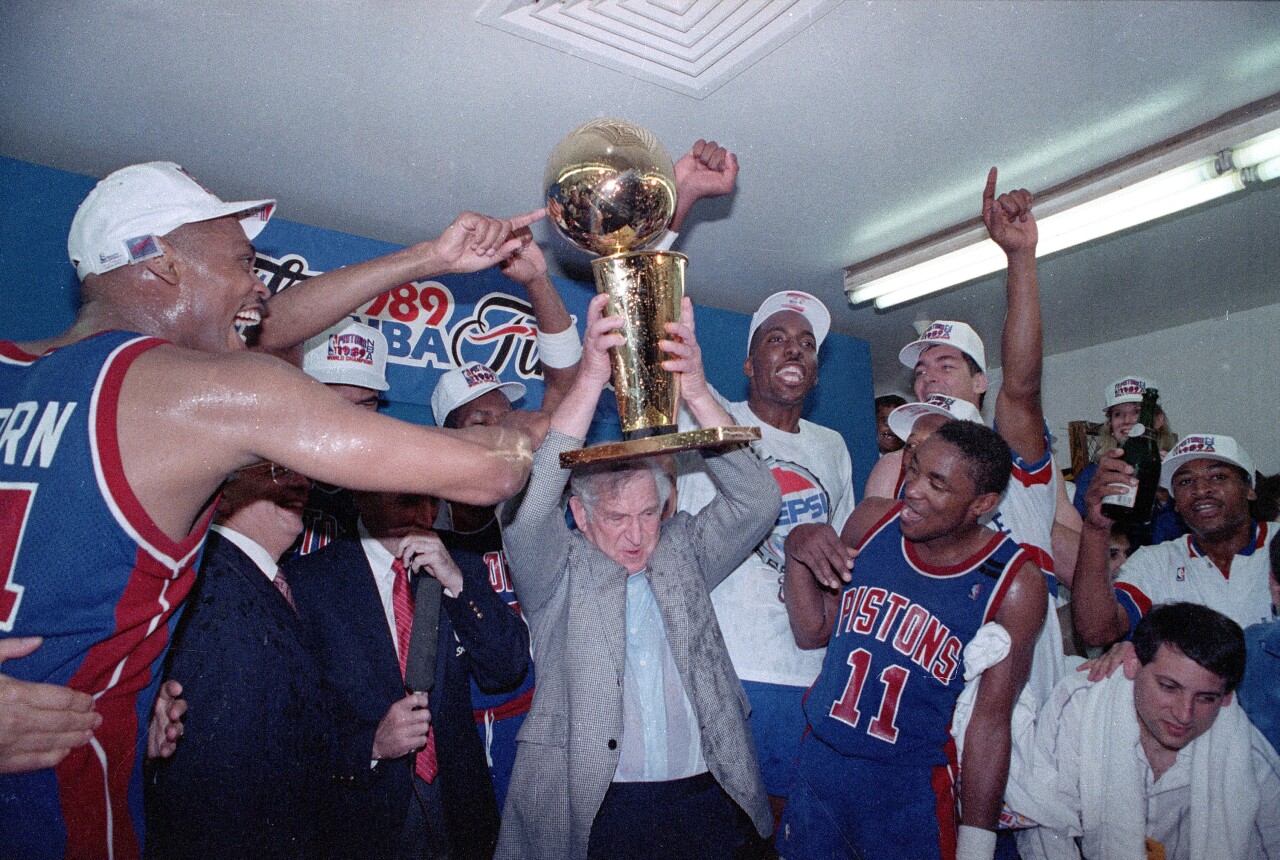 Unfortunately, after the championship run, Mahorn was the second overall pick in the NBA expansion draft by the Minnesota Timberwolves.

Mahorn was told about the draft during the 1989 championship parade and opted to not report to the Timberwolves, wanting to remain in Detroit.

While the Pistons worked hard to reacquire Mahorn, the Timberwolves traded him to the Philadelphia 76ers.

“It was a fact that people were going to knock you down,” he said on the era, “that’s just life. You’re going to get knocked down and everything wasn’t going to be rosy, but it’s just the fact that you’ll pull your pants up and get up.” 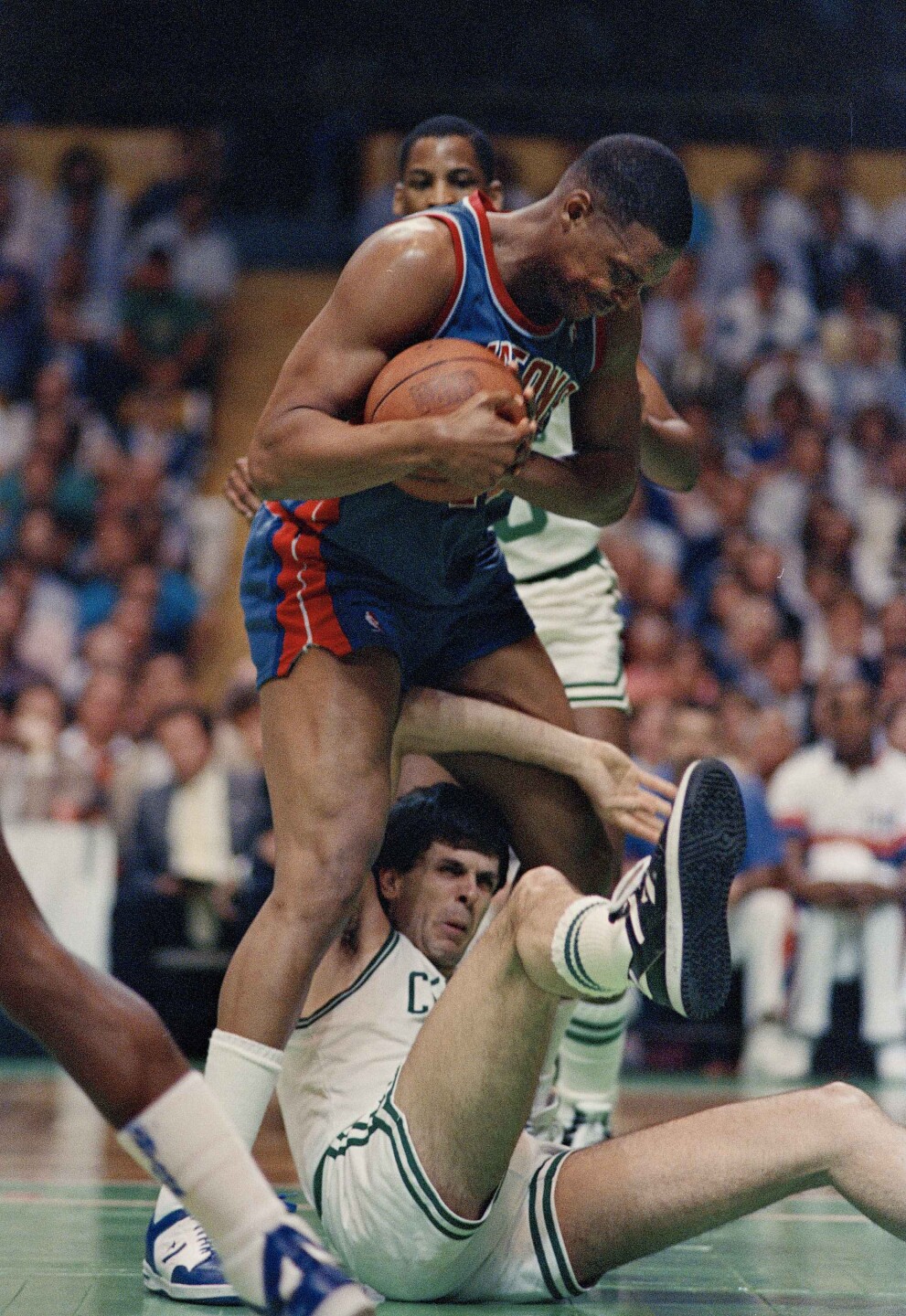 Detroit Pistons’ Chuck Daly reacts along the sideline as his Pistons fall at the half to the Los Angeles Lakers, 53-46, during game six of their NBA championship series, June 19, 1988.Rick Mahorn of the Detroit Pistons, ends up over Kevin McHale of the Boston Celtics in the first half of Boston’s 108-107 NBA playoff win at the Boston Garden, May 27, 1987. Boston took a 3-2 edge in the best-of-seven series. (AP Photo/Elise Amendola)

And he says the on-the-court attitude was the complete opposite off-the-floor.

“People hear ‘bad boys’ and it wasn’t that we were bad, on the court maybe but we were gentlemen off the court.”

The relationship for the Detroit Bad Boys is still strong yet today as Mahorn says they all communicate almost daily.

“We talk on a text with modern technology,” he laughed, “it wasn’t like that back in the day. We make sure everyone’s family is safe with the times that we’re in.”

And even with all of the rivalries established during that era, Mahorn says he still talks to some guys he didn’t like when he played.

“I look at basketball as a tool, we were a foundation for the NBA, I see Larry Bird, Larry Parrish, Scottie Pippen, I still say hi to them because you know, we were bricks to a foundation that the NBA is all about.”

Today, Mahorn serves as a radio broadcaster for the Detroit Pistons and an NBA analyst on SiriusXM while also being a brand ambassador for DraftKings sports betting in the state of Michigan.