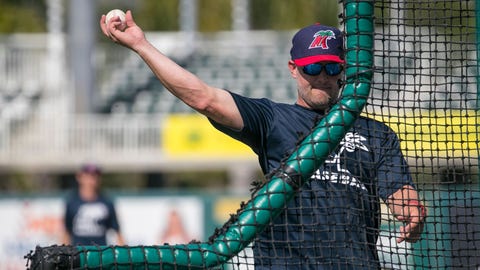 There will be a familiar name managing Triple-A St. Paul this summer.

Toby Gardenhire, the son of former Minnesota Twins skipper Ron Gardenhire, was named the manager of the Saints on Tuesday.

Gardenhire was hired as manager of the Triple-A Rochester Red Wings last year but never debuted due to the cancelation of the 2020 minor-league season. He did, however, help coach the club at the alternate training site at CHS Field.

It will be Gardenhire’s sixth season as a coach in the Twins organization. He was an assistant on the GCL Twins in 2016 and served as the third-base coach at Triple-A Rochester in 2017. Gardenhire was promoted to manager of the Low-A Cedar Rapids Kernels in 2018 and the High-A Fort Myers Mighty Muscles skipper the following year.

Ron Gardenhire managed the Twins from 2002-14 and logged 1,068 wins, the second-most in team history.

The Saints became Minnesota’s Triple-A affiliate in 2021 after spending the first 27 years of the franchise playing independent baseball in the Northern League (1993-2005) and the American Association (2006-20).