Trump is headed for New York amid rift with Jared Kushner

As up and down as the first 12 games of the Golden State Warriors‘ new season have been, no contest has underscored the difference between Stephen Curry‘s past and present basketball reality more than Thursday’s 114-104 loss to the Denver Nuggets. As much as both Curry and coach Steve Kerr tried to hammer home the point that the Warriors’ defense has to play with more physicality in order to win, there was another issue that is just as important and grew more prominently throughout the game. An issue that will define the course of how the next four months of the group’s season plays out: Curry’s greatness isn’t enough to overcome lackluster offensive production from those around him. For the first time all season, the Warriors dropped a game in which the 32-year-old two-time MVP scored at least 30 points.

“I think it’s just a matter of our team connecting and figuring out who we are and what we are,” Kerr said during a videoconference with reporters, when asked how to keep Curry from getting frustrated when he’s not getting enough help. “It’s going to take some time because of the moving parts, new additions, also trying to ease James [Wiseman] along. So you look at Steph’s line obviously great scoring night, 35 points, but seven turnovers, Draymond [Green] had five. We’re not really in sync yet. And that’s going to take time.”

To Kerr’s point, the Warriors are still trying to weave in Andrew Wiggins and Kelly Oubre Jr. into the offense and both players are still adjusting to the way Curry plays the game. Green had an uncharacteristically off night on both ends of the floor, but since his return from an early-season foot injury and conditioning issues due to COVID-19 protocols, he has proven to be a helpful antidote in getting the offense moving and getting Curry in position to operate.

Kerr acknowledged that his team is still figuring out the best way to integrate Wiseman and hasn’t gotten comfortable throwing him lobs in the paint yet. But if ever there was a night to remind Curry that Klay Thompson, Kevin Durant and Andre Iguodala weren’t by his side to take some pressure off his shoulders, this was it.

After Curry scored 12 points in the first quarter, the Warriors seemed to lose their way. Wiggins and Oubre missed open looks throughout the night, Green had no impact on the offensive end and the bench didn’t have many answers against a Nuggets team that likes to get up and down the floor. The starting unit has shown only flashes of rhythm over the first month of the season and continues to struggle to string together solid performances.

“We’ve had some good days, some bad days,” Curry said. “Twelve games in we got to understand what we can do better, especially offensively, just getting in a little bit more flow. And then living up to that expectation of what we’re supposed to do defensively, and that’s just consistent energy. Night to night it’s hard with a new group when you’re playing really talented teams … just be real with ourselves and what we need to do better. Not get in our feelings when we don’t play well.”

Kerr echoed similar sentiments in reiterating that he believes the offense will come together over time. The veteran coach appears much more concerned about getting his defense to play with more consistency than an offense that is still trying to find its way with a 19-year-old center. But as teammates continue to say they need to do a better job of playing off Curry, it’s worth noting that there are times when Wiggins and Oubre still don’t seem sure about exactly where they need to be on the floor. While trying to take accountability for some of his own shortcomings on Thursday, Curry hinted at the fact that the Warriors are still wrestling with how to work best off one another.

“Just keep being aggressive and being smart with the basketball,” Curry said, when asked what he can do to help his teammates feel more comfortable. “There’s a couple times tonight, for instance, where you start to rush a little bit. That aggressiveness turns into getting yourself in trouble and a couple untimely turnovers in that situation. I think offensively I got going creating my own shot and then we didn’t get to that next level where I’m moving it, we have good flow, and things kind of got a little stagnant pretty quick in that first quarter.” 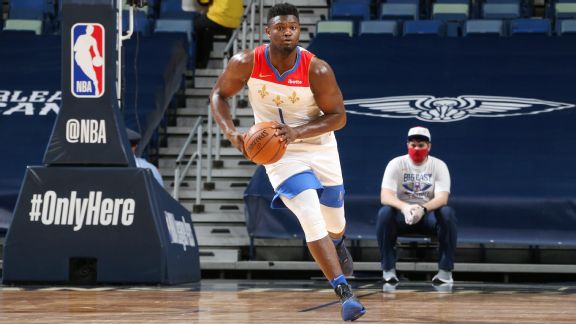 Curry’s minus-21 was the second-worst plus/minus in his career during a game in which he scored at least 30 points, according to ESPN Stats and Information research. As has been the case at various points throughout the year, he is trying to force the action when he sees that he’s not getting the help he grew accustomed to when Thompson, Durant and Iguodala were on the floor. Curry continues to pump the outward positivity through nights like these that offer a reminder that even when he plays 38 minutes and scores 35 points, that still won’t be enough because the margin for error on this team is so small.

“It’s not every time we lose and have a bad night, there’s no panic,” Curry said. “It’s understanding we’re 12 games into a new lineup and a new look, and some nights it’s going to look really, really great, some nights it might look really bad. It just kind of comes with the territory.”