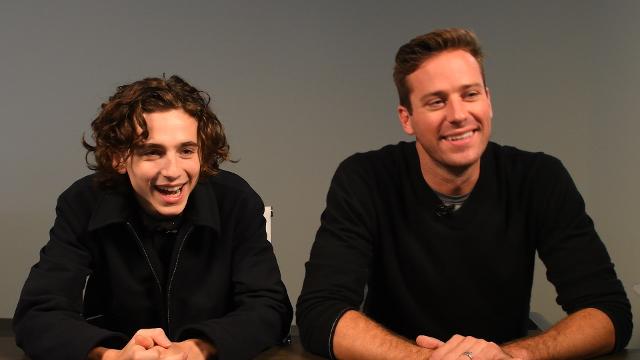 Why dancing is ‘painful’ for Armie Hammer

Some of us aren’t born with the gift of the dance. Armie Hammer included.

Armie Hammer is speaking out amid allegations against him and a dropped film role – and now his alleged ex-girlfriend is weighing in on the uproar.

The “Call Me By Your Name” and “Rebecca” star, 34, has faced scrutiny on social media recently after Instagram messages he allegedly sent went viral detailing sexual fantasies.

Hammer confirmed his exit Wednesday from the film “Shotgun Wedding” in the wake of the allegations. He was slated to star in the film with Jennifer Lopez.

“I’m not responding to these (expletive) claims but in light of the vicious and spurious online attacks against me, I cannot in good conscience now leave my children for four months to shoot a film in the Dominican Republic,” Hammer said in a statement to USA TODAY. “Lionsgate is supporting me in this and I’m grateful to them for that.”

Hammer’s alleged ex-girlfriend Courtney Vucekovich detailed her experience dating the actor to Page Six in an interview published Thursday. The publication reports the pair dated from June to August of last year.

“He enters your life in such a big way,” Vucekovich, the founder of the app Flashd, told the outlet. “He’s such a captivating person. He has such a presence and he’s aware of that and he uses it in such a way that most women would think, ‘Oh my gosh this is amazing,’ but especially young women, that’s kind of the scary part — how good he is at active manipulation and making you feel like he’s never felt this way about anybody.”

She claims he manipulated and abused her: “He kind of captivates you and while being charming he’s grooming you for these things that are darker and heavier and consuming. When I say consuming, I mean mentally, physically, emotionally, financially, just everything.”

USA TODAY has reached out to Hammer and Vucekovich for further comment.

After the pair broke up, Vucekovich says she entered a 30-day partial hospitalization program geared toward PTSD and trauma. “As a strong mental health advocate I knew that this relationship was something I needed to process with help from people who specialize in trauma and PTSD. That is my experience,” she told the outlet.

The comments come months after Hammer and wife Elizabeth Chambers announced in July they were ending their marriage.

“It has been an incredible journey, but together, we’ve decided to turn the page and move on from our marriage,” they said in a joint statement in July. “As we enter into this next chapter, our children and relationship as co-parents and dear friends will remain our priority.”