Commentary: Memories of her time in Saudi Arabia is keeping her sane

Julian Edelman will not retire from football just yet 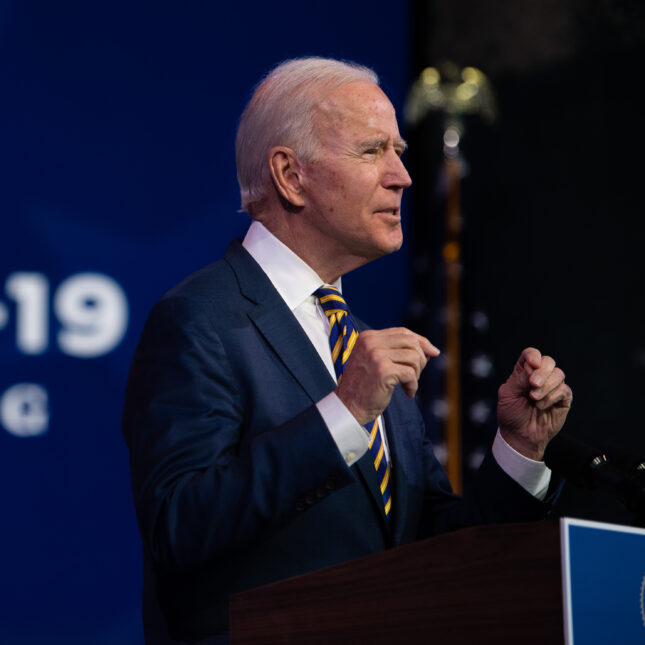 WASHINGTON — President-elect Biden will address growing concerns about new, more transmissible coronavirus variants as he lays out his plans to speed up the sluggish U.S. vaccine rollout in a press conference this week, two of his top Covid-19 advisers confirmed to STAT.

Biden was briefed on the variant that first appeared in the United Kingdom, known as B.1.1.7, soon after his Covid-19 advisory board convened an emergency meeting on Christmas Eve to discuss the new strains and the threat they posed.

The group’s early reaction to the new variants — which came nearly a week before the strain was first identified in the United States — highlights both the detail and intensity with which Biden’s advisers are planning the incoming administration’s pandemic response, as well as the enormity of the challenge they will face. The presence of a more transmissible strain could make an already-disastrous situation even worse: Roughly 2,700 Americans are dying each day on average, meaning Biden will soon inherit a daily tragedy similar in death toll to 9/11.

At one point during the emergency Christmas Eve gathering, advisers discussed imposing additional restrictions on international travel (the federal government has since announced that travelers arriving from the U.K. must display a recent negative coronavirus test result to gain entry), one meeting attendee recalled. Another major theme in discussions, the advisers said, was the need to massively scale up the government’s genomic sequencing efforts so that public health officials can better monitor emerging new variants of the virus that causes Covid-19.

Biden’s Covid-19 advisory board has also discussed the need to dramatically accelerate vaccine distribution in light of the more transmissible variants.

In an interview, Julie Morita, the former Chicago public health commissioner and a member of Biden’s Covid-19 advisory board, said the president-elect’s aides were closely monitoring the new strains.

“In terms of the other variants, these are things we’re definitely following and tracking closely, and looking for evidence and the science behind whatever information is available,” she said in an interview. (Morita did not otherwise detail the Biden transition’s internal deliberations, or the Christmas Eve meeting.)

Morita also signaled her support for Biden’s recent announcement that his administration will release nearly all existing vaccine doses to be administered as soon as possible, relying on manufacturers to produce more within weeks so that recipients get their second dose on time. The Trump administration had previously held back roughly half of doses to ensure individuals receiving a first dose receive a second three or four weeks later, but reversed this course this week amid mounting pressure.

“The president-elect made clear last week his desire to have nearly all vaccine doses released,” Morita said. “That points to the current administration following the lead of the president-elect.”

In interviews, outside pandemic-response experts also cited the lackluster effort to sequence virus strains and detect new variants as a shortcoming Biden should address urgently.

“We’ve come up small yet again on virus genomic surveillance,” said Peter Hotez, the dean for the National School of Tropical Medicine at the Baylor College of Medicine. “We’re not doing that. We only have 50,000 virus genome sequences, according to the CDC. We should be at around the 10 million mark by now.”

Though universities and labs across the U.S. have substantial genomic sequencing capacity, Hotez said, they are not being put to use — meaning U.S. experts and government officials remain oblivious to “variants that are not coming from South Africa or the U.K., but that are homegrown that we’re not even detecting, at this point.”

For all the alarm, however, there may be little Biden can actually do to address the new variants — other than to use the strategies already in place to prevent prior SARS-CoV-2 strains. Preventing the spread of B.1.1.7 or other highly transmissible strains would rely on the same playbook required for preventing the spread of SARS-CoV-2 virus in its original form: Wearing masks, avoiding in-person contact with others, and administering vaccines as quickly as possible.

A high-ranking aide also stressed that despite the alarm, it’s not fully clear exactly what role the new strains are playing in increased virus transmission. Other factors include higher infection rates following Thanksgiving (in the United States) and Christmas, worldwide. The adviser cautioned, too, that Americans should not expect the decision to distribute nearly all vaccine doses to significantly accelerate the country’s broader immunization effort.