We’ve reached the end of the blogging road

A new blog will be up and running in the early hours of tomorrow morning with Bridget Judd at the helm.

It comes after after the term was rejected by a number of his counterparts.

Mark McGowan came under fire after yesterday suggesting New South Wales was out of step with other states striving to “eliminate” the virus from the community.

Other state leaders have also insisted suppression, not elimination remained the goal.

But Mr McGowan said it was just “semantics”.

“The aim is to ensure there is no virus in the community,” Mr McGowan said.

It’s due to take place on November 21, Victoria’s State Government has just revealed.

The event, which is usually held in March, was put on hold due to the pandemic.

But of course, there are caveats.

The Government said in its media release: “The operation of the four-day Grand Prix event at Albert Park will be subject to prevailing public health conditions and advice from the Chief Health Officer, with infection prevention and control at the centre of all decisions.

“Quarantine and other aspects of the Grand Prix will be considered in due course.”

What exactly is an ‘impacted area’ according to QLD Health?

An “impacted area” as Queensland Health defines it refers to the following places:

This means you must follow the COVID restrictions people living in Greater Brisbane need to for the time being, which includes the face mask rules.

When should you apply for a permit to enter Victoria?

Hello 🙂
I was wondering with Victoria’s permit system – when are you meant to apply (before you leave the state? Close to: 48 hours before return?)
Thank you!

A permit application can be done on the spot, but the state Government highly recommends you complete the application prior to starting your journey to Victoria.

Of course, you won’t be allowed to enter until you’ve completed it.

This page answers permit FAQs if you or anyone else would like to take a look.

A few of you have written in wondering why and how tennis players are being allowed into the country ahead of the Australian Open.

How are tennis players able to come in when the flight caps have been halved and thousands of citizens are still stranded overseas?

Victoria better be safe with all these tennis people better make sure that you have crossed your tees and dotted your I’s.

This story by Leonie Thorne looks at how Victoria plans to manage the COVID risk if you’d like to take a look. 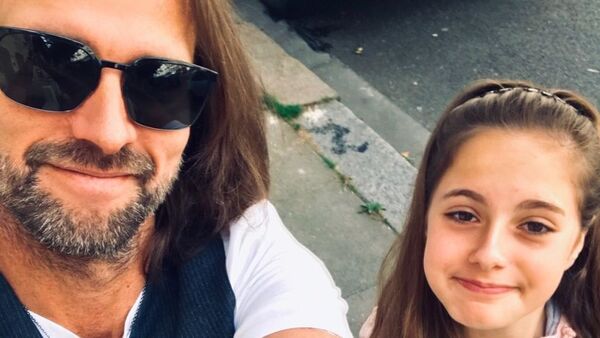 A single father says his children have been left sick and traumatised by the stress of being stranded in the United Kingdom after he won a lengthy custody battle to bring them to Australia.

Scott Walker was working overseas for several years before his marriage broke down.

After launching legal proceedings in London last March he was granted the right to bring his 13-year-old daughter and 11-year-old son home, but he’s since missed out on repatriation flights time and again.

And Mr Walker says his kids have suffered a lot from the stress.

“In fact, my daughter was physically sick at one point.

“They have suffered quite badly — not knowing what is going on is quite traumatic.

“After being granted the right to come home and give my children a life that I thought was better, I am more sceptical about it every day.”

By the time Mr Walker won his court case in September, the pandemic had cost him his job in the film and advertising industry.

Unable to afford rent, he was forced to rely on the support of friends while he desperately sought passage south.

“It’s been endless for months — literally everyday I am on the phone to probably every airline on the planet that flies from the UK to anyway that might hop me home,” he said.

Find out more about Mr Walker’s “endless” attempts to get home by reading this story.

A crew member of an incoming ship tested positive to the virus.

Micronesia had been among a dwindling handful of island nations to have avoided the virus altogether.

President David Panuelo says the case has been contained at the border, and that the crew member is isolating on board.

He says all other crew remain on board, and that the ship, which had returned from the Philippines, is being monitored daily by authorities.

The case is a returned overseas traveller in hotel quarantine.

WA has recorded a total of 878 cases and has 14 active cases at the moment.

Anyone who attended the following venue at the time and date listed below is a casual contact who must get tested immediately and self-isolate until a negative result is received.

If symptoms appear, NSW Health says you should isolate and get tested again.

Will the COVID vaccines work against the new strains?

I so hope you can help me – With all of the new strains will the Covid vaccines still work? Getting so overwrought by the worldwide situation and conflicting information…

Scientists expect the virus to mutate because the coronavirus, like all viruses, constantly evolves.

And that has been factored into vaccine development. New research suggests Pfizer’s COVID-19 vaccine can protect against the UK and South African variants.

The study was preliminary and did not look at the two other major vaccines being used in Western countries so far — Moderna and AstraZeneca.

My colleague Nic McElroy spoke with Frederic Bushman, of the University of Pennsylvania, who tracks how the virus mutates. He said: “There’s no reason to think the vaccines won’t work just as well on these strains.”

Professor Bushman, who wasn’t involved with the Pfizer study, cautioned that it tested just one vaccine against one mutation.

The Moderna and AstraZeneca vaccines are undergoing similar testing, and he said he expects similar findings.

The study marks just the beginning of continual monitoring to make sure that all the vaccines being rolled out around the world continue to work. 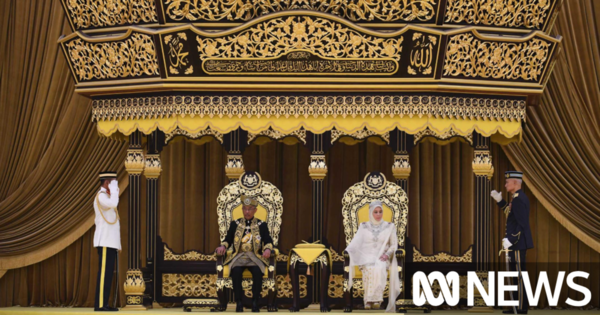 It comes after King Al-Sultan Abdullah consented to a request from Prime Minister Muhyiddin Yassin, who is on the brink of facing a leadership challenge.

An emergency would give the Prime Minister and his Cabinet extraordinary powers, including allowing the Government to introduce laws without the approval of Parliament.

It was not immediately clear how the emergency would impact day to day activities, but the constitution allows for Parliament to be suspended during that period — which could for now put an end to political uncertainties faced by Mr Muhyiddin.

For the rest of the story, head here.

Do we know more about the child in Victoria who returned a positive rapid test?

Hi Yasmin, I’ve asked a couple of times today but don’t think it’s been answered.
Has there been any update from the Victorian DHHS or anyone about the child who tested positive but since flew OS? I know Dr Sutton said he suspected a false positive but has this been confirmed?

We haven’t had an update on this yet, unfortunately.

Enough COVID, where’s the US blog?

Hi! So sorry! As much as I love this blog, I’m also keen to catch up on what Pete Marsh had to say today. Could you please give us the link to the USA impeachment blog? Also how do I find them for future reference?
Thank you!

Hello Blog Traitor (I feel bad calling you that),

Here’s the link to today’s US pols blog.

It closed a few hours ago, but there’s still plenty of news to catch up on.

And for the future, if you can’t find the US politics blog on the ABC News homepage, you can check up the top of the site for a strap pointing you to it, or you can search “ABC US politics live updates” and it should come up.

When will we get an update on Brisbane’s red zone status for Victoria?

Thanks for the constant blogging. Are we likely to hear anymore about the border restrictions impacting Victorians in Brisbane by the end of the day?

Unfortunately we don’t know how much longer Brisbane (and Sydney) will be considered red zones or when to expect an update.

But we’ll let you know as soon as we hear anything.

Well, it’s been a pleasure treasures, but my watch has ended.

The fabulous, purple-printed-suit-wearing Yasmin Jeffery is taking over for the arvo.

It sounds like the problems with Victoria’s permit system have been ironed out but there’s still confusion from some in the community hoping to return home to Victoria, particularly from those in the Brisbane area.

We’ve heard from a bunch of Victorians who were forced into hotel quarantine despite exemptions.

This is Daniel Hand and his partner Eugenia Queiroz, who are currently in hotel quarantine: 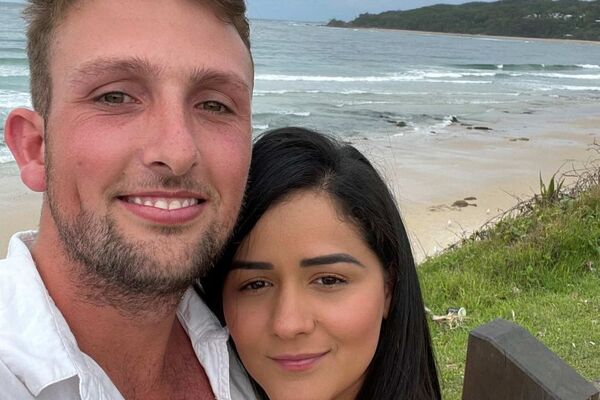 The couple were holidaying in Byron Bay, which was a green zone at the time, and left NSW on December 31 for the Gold Coast — which is not part of the Greater Brisbane area.

They then flew into Melbourne on January 8.

They were placed into hotel quarantine and as of Monday night, were still there.

We interviewed Mr Hand on ABC News earlier today, I’ll post that video in a sec.