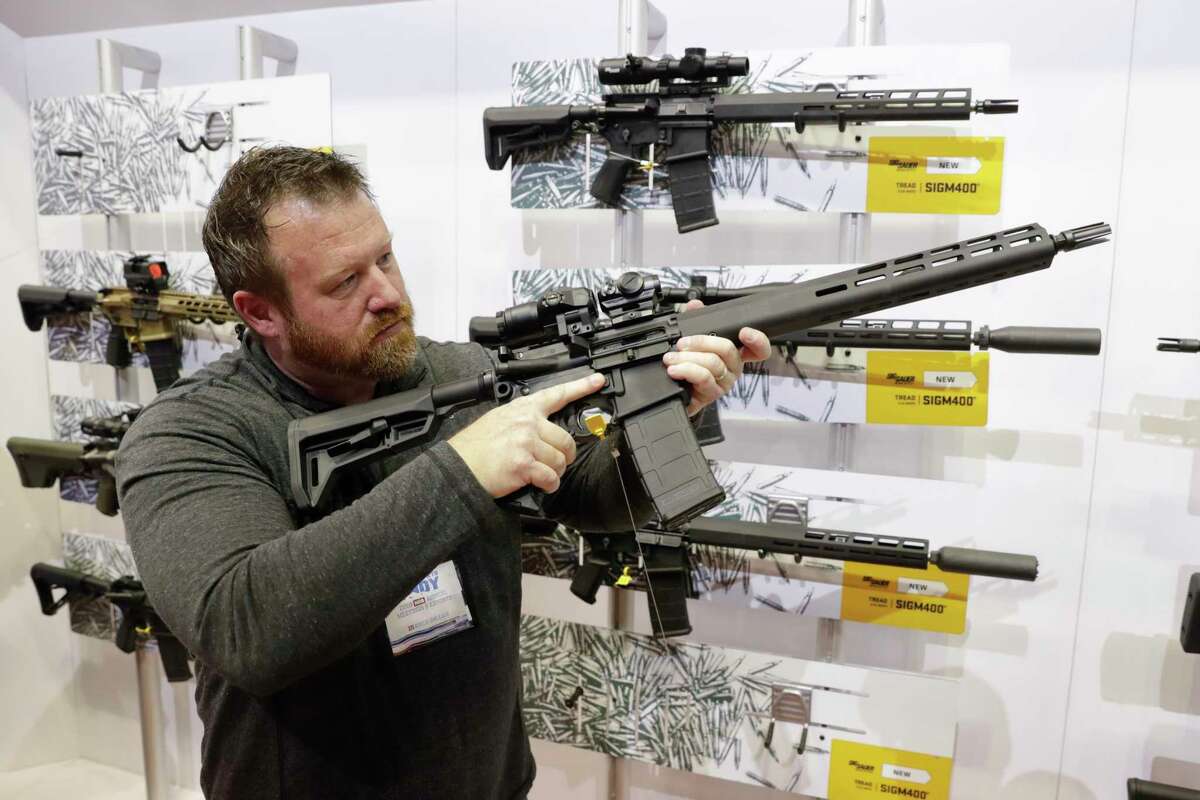 FILE – Bryan Oberc, Munster, Ind., tries out an AR-15 from Sig Sauer in the exhibition hall at the National Rifle Association Annual Meeting in Indianapolis, Saturday, April 27, 2019. Efforts to impose restrictions on firearms will soon have a supporter in the White House. But it’s unlikely that big ticket items gun-control advocates have pined for will have much chance of passage given the tight margins in Congress and the increased polarization over gun issues. Much has changed in the past 12 years: more Americans own firearms and there are more AR-platform firearms in the civilian market. (AP Photo/Michael Conroy) 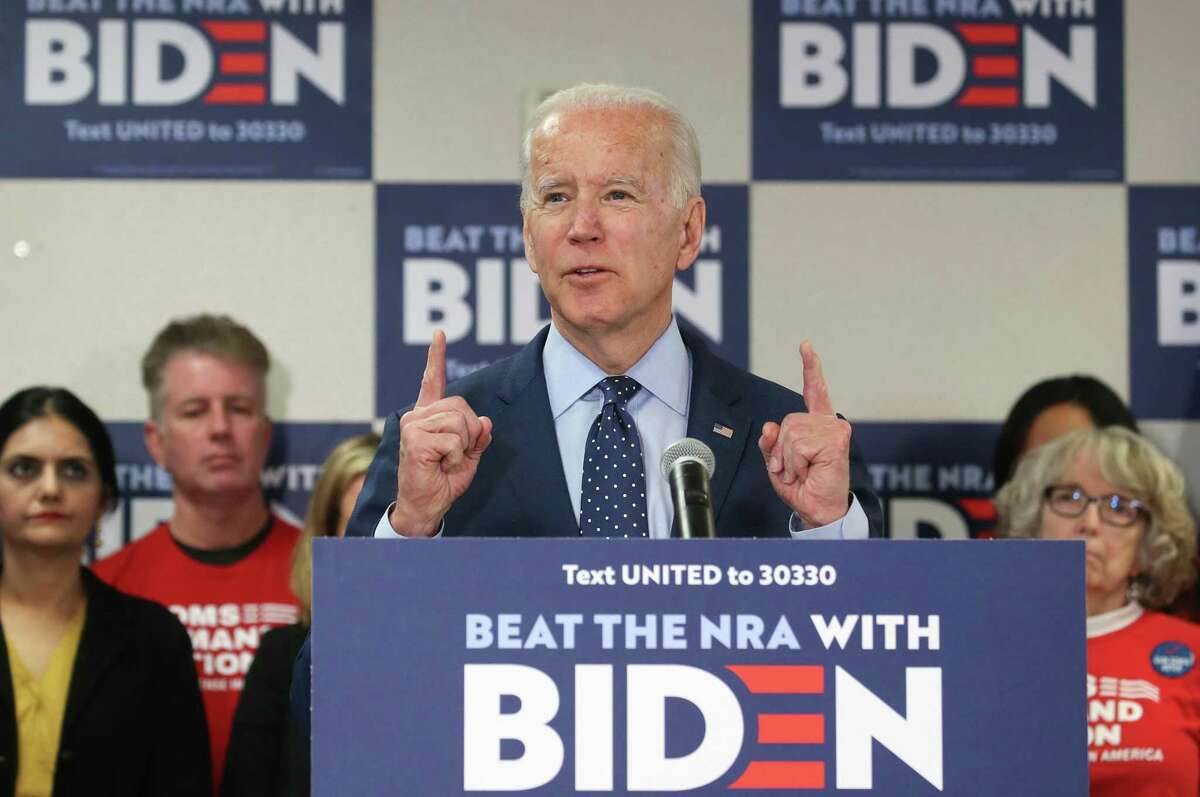 NEWTOWN – The frenzy of gun buying across the nation in December following the election of Democrat Joe Biden piled on to what was already an unprecedented year for firearm sales, breaking the previous year’s national record by 40 percent.

“If I were to tell you at the beginning of 2020 that we would end 2020 like this you would have thought I was insane,” said Mark Oliva, spokesman for the Newtown-based National Shooting Sports Foundation, the trade association for the firearms industry. “And what we know from December is that if there had been more inventory, sales would have been even higher.”

Connecticut, despite its strict gun laws, saw an increase in firearm sale activity of 27 percent over 2019 with 219,000 background checks – the most in the state since the threat of a Democratic White House in 2016 prompted 317,700 background checks.

The run on guns is expected to continue into the spring as manufacturers catch up to the demand, and as Biden and a new Democratic majority in Congress pursue gun reform legislation.

“There is a lot of pent-up demand that’s going to take time to be satisfied, so we’re going to continue to see firearms sales elevated in the months going forward,” Oliva said. “And if we start to see a strong move to confiscate and ban modern sporting rifles, all bets are off.”

It’s important to note that 2020 was already a record year for gun sale activity by November, in part because of concern about civil unrest and the coronavirus crisis. On top of that, presidential elections typically drive firearms sales when Democratic candidates run on gun control platforms.

Biden was elected on a platform to “end our gun violence epidemic,” with “bans on assault weapons and high-capacity magazines.” Biden also pledged to end the “online sale of firearms and ammunitions,” among other measures.

On Sunday, Biden renewed his pledge in a statement marking the 10th anniversary of the mass shooting in Tucson that killed six and wounded 12, including former U.S. Rep. Gabby Giffords.

“I pledge to continue to work together with Congresswoman Giffords, and with survivors, families, and advocates across the country, to defeat the NRA and end the epidemic of gun violence in America,” Biden said.