U.S. is some ways from decision on resuming Iran nuclear deal: Blinken

In Saudi Arabia, Quiet Changes May Ease Tensions With Biden 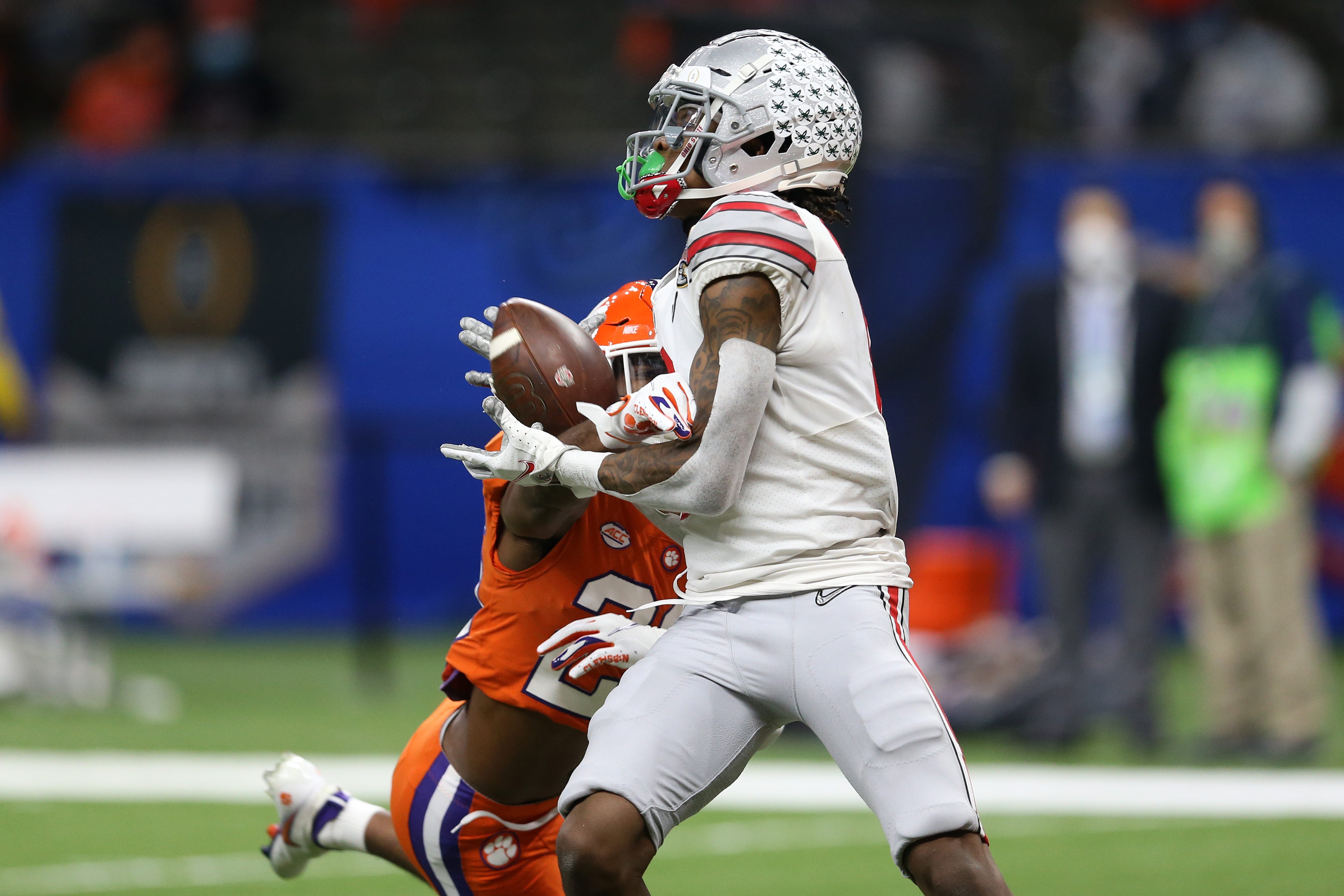 National Championship Preview: How Ohio State can take down Alabama

Sports Pulse: Sports reporters Dan Wolken and Paul Myerberg give us their takes on how they think the game will play out

From the last week of June until deciding in December not to participate in the postseason despite winning six games under first-year coach Jeff Hafley, Boston College conducted roughly 9,000 tests for the coronavirus with only one positive.

Avoiding the COVID-19 outbreaks that plagued nearly every team in the Bowl Subdivision took “a commitment by 153 people,” athletics director Pat Kraft said.

It also took drastic steps and measures far beyond the typical in-season responsibilities for student-athletes at college football’s highest level of competition. For starters, Boston College players were not able to spend extended periods of time with their families nor participate in the most basic postgame tradition: hugging their loved ones.

“Our guys have gone above and beyond what most of us could do, and I include myself in that,” Hafley said. “It took more out of them than anybody has any idea. Including me. And they’re worn out.”

Bruises, breaks and tears are typical to any season, even one played during a pandemic. But during this uniquely manufactured year, concerns over physical health and safety have been dwarfed by worries over how the weekly grind of conducting team activities through COVID-19 has taken an emotional toll on players.

From the season openers in early September through Monday night’s College Football Playoff national championship between Alabama and Ohio State, the 2020 season has demanded levels of personal sacrifice well beyond a normal year.

“It’s just a day-to-day thing,” said Ohio State offensive lineman Wyatt Davis. “Holding guys to a standard that you can’t go out and hang out with people. You can’t go see your family.”

The four teams in the College Football Playoff were not immune. Alabama coach Nick Saban tested positive and was unable to coach in the Crimson Tide’s win against Auburn. Clemson quarterback Trevor Lawrence missed two games after testing positive, including the Tigers’ regular-season loss to Notre Dame.

“I think in general it’s tough to understand unless you’re going through it,” said Clemson defensive lineman Bryan Breese.

Almost every FBS program cut spring practices short amid the early stages of the national COVID-19 outbreak and sent players home. For nearly three months, teams traded in the traditional rhythm and routine of spring drills for remote-learning practices and Zoom calls.

Instead of participating in conditioning programs under the watchful eyes of strength coaches, many players were forced to improvise with concrete blocks, jugs of water and loaded backpacks.

Even when able to return to campus, players had to adapt to a new lifestyle that limited and often eliminated any physical contact with family members or the broader student body. Beginning over the summer, weekly testing helped mitigate risk while reinforcing the harsh reality of the season, just as safety guidelines plastered inside locker rooms served as a constant reminder of the unavoidable nature of the pandemic.

“The main thing was trying to keep a level mind and do the things that we needed to do in order to succeed,” Alabama linebacker Dylan Moses said.

Rather than bringing a sense of normalcy, the regular season added uncertainty. With dozens of games canceled or postponed — the numbers grew exponentially as the year progressed, mirroring the national uptick in COVID-19 cases in November and December — weekly preparations became a guessing game.

“It’s been incredibly challenging,” said Clemson coach Dabo Swinney. “I just tell them, don’t give up what they want most for what they may want at the moment. It’s just really that simple. And the teams that do this the best and manage this the best, that’s who’s going to finish the best.”

Notre Dame stepped back from team activities and rescheduled the game against Wake Forest after an outbreak of seven positive tests left more than a dozen players in isolation. Ohio State started the season in late October and missed two games because of COVID-19 issues, only reaching the Big Ten championship game after the conference created a waiver to allow the Buckeyes to advance having played only five games — one below the minimum requirement to qualify.

From the beginning, the daily sense of ambiguity caused by the pandemic was heightened by the inability to participate in even the most mundane behaviors of a normal season — from being unable to spend time with family through being asked to maintain social distance in and out of football facilities, players were, in a word, bored.

Meanwhile, meeting the demands of this coronavirus-defined year exacerbated issues inherent to any season.

With players often sidelined for positive tests or close-contact quarantines, rosters were stretched to the limit and beyond, placing undue physical strain on those players able to participate in practice and games.

An issue dating to the spring with the start of remote learning — how players were faring from an academic perspective — remained a topic of significant concern after players returned to campuses over the summer and attempted to balance team activities with virtual classes and instruction.

And amid existing worries among coaches and administrators over how to ensure players are able to stick to a healthy nutritional plan, programs were less able to monitor and influence eating habits, especially when teams were scattered in the spring.

“This 2020 season has brought physical challenges, mental challenges, emotional. The whole spectrum of academic challenges. You’ve had it all this year,” said Liberty coach Hugh Freeze. “When I look at our players, I think that they’ve handled the mental toll of 2020 about as well as you could. And I’m very, very proud of that fact.”

The challenge of conducting business as usual will continue into 2021. Even the most optimistic outlook for next year admits this coming spring will resemble this past season in how teams practice and train. Testing will remain part of the weekly routine. Masks and social distancing will be the standard inside football facilities and on campuses.

Until the vaccine rolls through college campuses, the emotional demands created by the pandemic will define day-to-day life in the FBS.

“It’s been a unique challenge,” Wisconsin defensive coordinator Jim Leonhard said. “There’s been so many ups and downs, highs and lows to this season, whether it was COVID-related or just winning or losing games. It was just different all around.”