Kurdish community in Iraq says suicides on the rise

Carlos Sainz Jr thinks the short Bahrain outer loop Formula 1 circuit is on the limit of being ‘dangerous’ with cars tripping over each other.

For the second weekend in Bahrain, F1 has moved the race on to the track’s outer loop configuration which, at 3.543km, is the shortest circuit on the calendar.

With lap times getting below 55 seconds, there is a high chance of cars getting in the way of each other in qualifying – especially when 20 cars take to the track in Q1.

Sainz thinks that the FIA needs to change something to avoid the risk of any accidents, as happened in F2 qualifying with Mick Schumacher and Roy Nissany colliding.

“We’re going to talk about it in the drivers briefing,” said Sainz.

“We need to find a way to make sure it doesn’t become dangerous, because at the moment, it’s a bit on the limit of dangerous.

“It’s tricky. I mean, we’re all trying to be as sensible and as safe as we can, but this track is offering us some challenges in terms of traffic management. 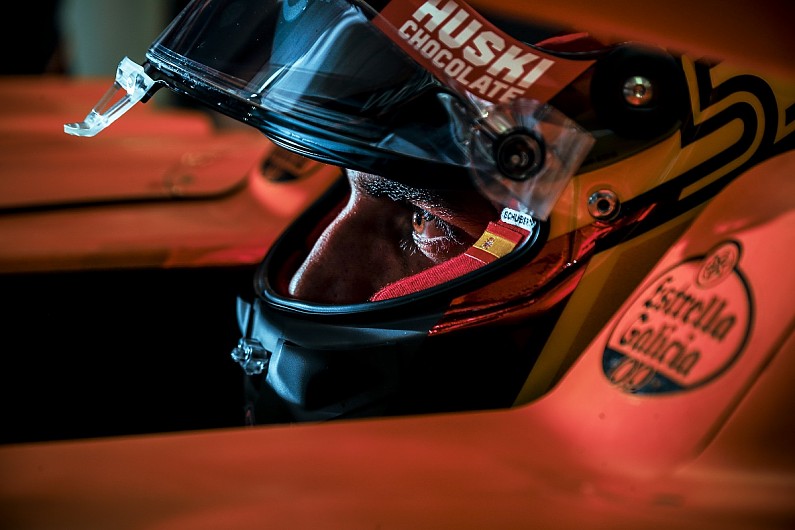 “I think that there’s some ideas that as teams and drivers we put out there to the FIA to make it easier around the chicane in the middle sector, but we need to find a solution because I think it’s on the limit of getting a bit dangerous.”

Max Verstappen echoed Sainz’s comments about there being potential safety issues at the top section of the circuit.

The Dutchman was also mindful that there could be huge speed differences between cars in qualifying, with some drivers on hot laps while others are having to slow down to cool their tyres.

“It’s not the most exciting [track] to drive to be honest,” said Verstappen.

“Also, because of the small track, the radio is constantly open with: ‘be careful here, traffic there.’ It’s not really what you want.

“And also, especially in the second sector, it is quite blind with a lot of corners. It’s quite dangerous around there.

“We will have to cool down the tyres to be able to do another lap.”

Autosport has produced a standalone special magazine to celebrate our 70th birthday. All current print subscribers will receive a copy for free. To order your copy of the 196-page Autosport 70th Anniversary issue, please go to: autosport.com/autosport70th