FORUM 1: How will Donald Trump be remembered in the history books? Legacy will include his ideological turn 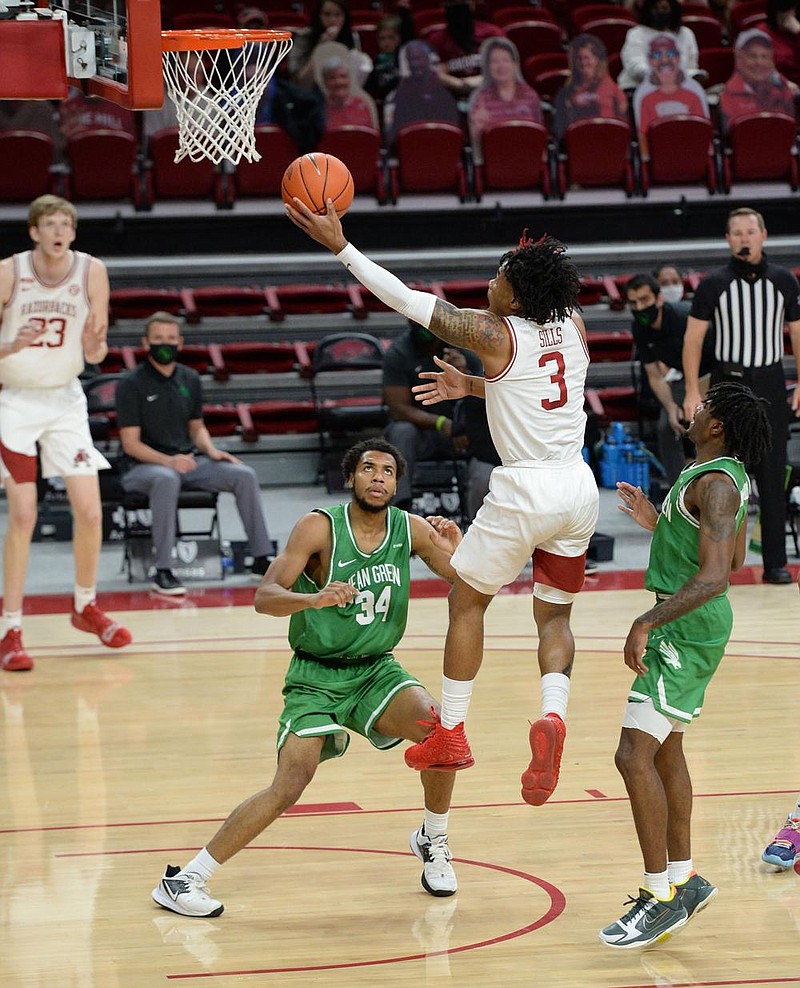 FAYETTEVILLE — The University of Arkansas basketball team is averaging 105.5 points through two games, but it could be even higher.

Arkansas has struggled on inside shots, going 39 of 58 at the rim according to charts compiled by Scottie Bordelon of wholehogsports.com.

“The most important area that we’ve got to get better at is finishing around the rim,” Razorbacks Coach Eric Musselman said. “We have left way, way too many layups on the board.

“I don’t think I’ve ever — through a two-game sample size — seen a team miss so many shots at the rim.”

Chris Ogden was in his first season as Texas-Arlington’s coach when Arkansas beat the Mavericks 78-60 in Walton Arena on Nov. 23, 2018.

“From what I remember, we played well,” Ogden said. “But we just put them on the free-throw line too much.”

“Some of that was us fouling,” Ogden said.

He laughed and added, “And some of that was not us fouling, but getting called for it.”

Ogden, who drew a technical foul with 5:27 left in the game two years ago, will hope for kinder whistles tonight when UTA returns to Walton Arena.

Arkansas forward Vance Jackson, a 6-9 senior graduate transfer from New Mexico, was scoreless in eight minutes off the bench against North Texas after starting and scoring 15 points in 15 minutes in the season opener against Mississippi Valley State.

“Vance missed the practice the day before,” Arkansas Coach Eric Musselman said. “He was just feeling under the weather a little bit.”

Musselman said the lineup change also was based on matchups and wanting to force North Texas to play faster and have a rim protector in the 7-3 Vanover.

“Sometimes a player doesn’t do anything wrong, it’s just the game plan might dictate [a change],” Musselman said. “Our philosophy has been to change game by game and try to come up with different themes. The way we played pick and roll in game one was different than we did in game two, and it’ll be different against Arlington.

“We know Vance is going to provide perimeter shooting. I thought he had a great first game.”

Jackson was 4 of 6 on three-pointers against Mississippi Valley State and 0 of 2 against North Texas.

“He just didn’t get many opportunities,” Musselman said. “He played limited minutes, just based on missing reps the day before.”

UTA Coach Chris Ogden was a Texas Tech assistant during the 2017-18 season when Eric Musselman was Nevada’s coach and the Red Raiders beat the Wolf Pack 82-78 in overtime in Lubbock, Texas.

Attendance at Walton Arena has been capped at 4,400 fans because of coronavirus protocols.

“Bud Walton Arena when it’s on fire is an unbelievable place to play,” said Chris Ogden, who has been on the visiting bench as UTA’s head coach and before that as an assistant coach at Texas and Tennessee. “I know with the limited capacity it won’t be like I’ve seen in the past. But I do know this — Arkansas fans are very passionate: They’ll be loud.

“It’ll definitely provide them with a home court advantage, there’s no question about it.”