President Donald Trump said on Sunday he was ‘ashamed’ for endorsing the Republican governor of Georgia after he lost in the state to Democrat Joe Biden.

Trump has seethed over losing the southern state, which had not voted for a Democrat for president in nearly 30 years.

In January, the state will decide whether the Republicans retain control of the U.S. Senate when voters decide two run-off Senate races.

Trump said on Fox News that Governor Brian Kemp has ‘done absolutely nothing’ to question the state’s results.

Trump has made baseless accusations that illegal votes cost him the election in Georgia and beyond. His legal challenges have failed in several states. 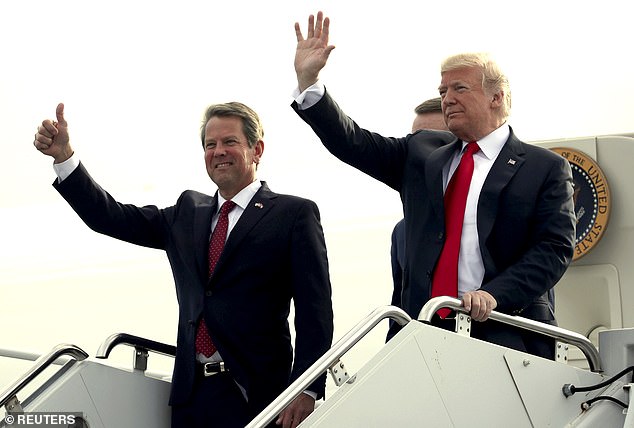 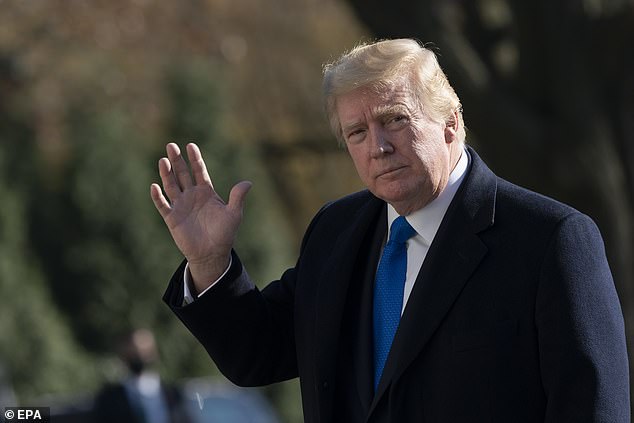 Trump, pictured returning to the White House on Sunday, said he no longer supports Kemp 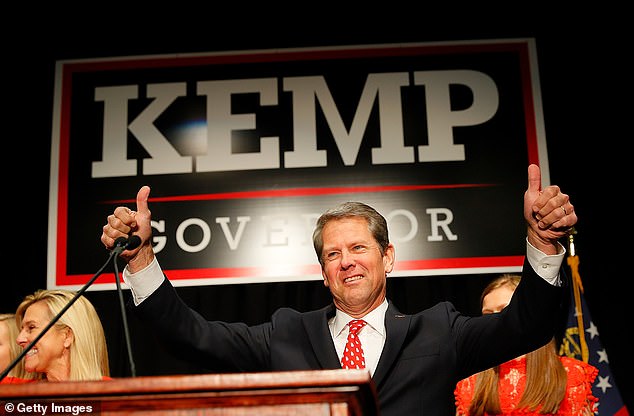 In this month’s presidential contest, Biden beat Trump by about 12,670 votes in the state.

That would deny Republicans their majority, keeping the GOP with 50 seats, while Vice President-elect Kamala Harris would be available for tie-breaking votes. 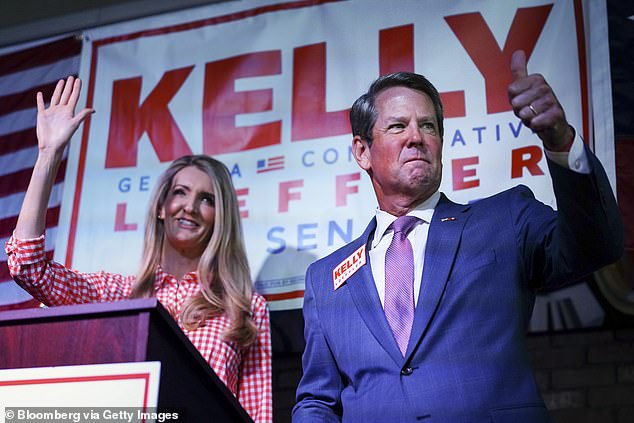 No candidate won at least 50 per cent of the vote share in this month’s election, leading to the head-to-head runoffs.

Ossoff said Sunday that a Republican-controlled Senate will hit the Biden administration with the same ‘obstructionism’ it mounted against former President Barack Obama.

‘It will be paralysis, partisan trench warfare,’ he told CNN. ‘At a moment of crisis, when we need strong action.’

Loeffler on Fox News said GOP victories would be a ‘firewall to socialism’ and the Democratic policies of Senate Minority Leader Chuck Schumer. 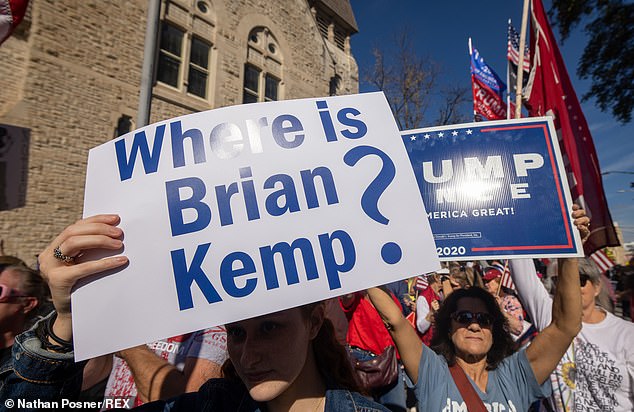 It is Loeffler’s first election cycle after Governor Kemp appointed her to the seat in January when her predecessor resigned.

Trump on Saturday plans to arrive in the state he lost to campaign for the GOP incumbents.

He said that Kemp must ‘see the light’ and ‘take charge’ in the state.

‘We’re making sure that Georgians are fired up to turn out to vote,’ Loeffler said.

‘If we vote, we will win this election.’