Breakdown of what happened during the inauguration of Joe Biden, Kamala Harris

The Trump presidency is over, and Obamacare is still alive

The blockade on Qatar helped strengthen its economy, paving the way to stronger regional integration

More than 60% of all U.S. COVID-19 cases were reported since this day

The number of Covid-19 patients in US hospitals hit a record for the 17th straight day Thursday, at more than 90,481, according to the COVID Tracking Project, as many medical centers warn they’re running out of capacity.

Public health officials have generally urged Americans to celebrate Thanksgiving only with members of the same household, or at least gather outdoors, to keep asymptomatic carriers from further spreading the virus.

Dr. Chris Pernell, a New Jersey physician who lost her father to Covid-19, told CNN on Thursday that she was on the phone with friends the previous night, asking them to reverse their travel plans.

“I pleaded with them: Please, stay home. Be safe so you can enjoy your loved ones in the future,” Pernell said.

Recorded cases are rising to unprecedented levels. The average number of new daily cases across a week in the US was 175,809 on Wednesday — the highest on record, and more than two and a half times greater than the previous peak in late July.

And Covid-19 deaths in the US are spiking. More than 2,100 deaths were reported on Tuesday and Wednesday each, the first time that level was crossed on consecutive days since late April.

The average number of daily deaths across a week — 1,658 on Wednesday — is the highest it’s been since mid-May.

The CDC recommended last week that Americans should not travel for Thanksgiving. Many changed their plans, a new poll showed. But millions didn’t.

More than 1.07 million people passed through US airport security checkpoints on Wednesday alone — the most in one day since March 16, around the time when coronavirus restrictions started nationwide, the Transportation Security Administration said Thursday.

More than 5.9 million people have flown through US airports since the CDC’s anti-travel recommendation last week, according to TSA data.

“I don’t mean to be scary but … today can change the course of Covid for our country for the rest of the year,” Dr. Megan Ranney, a CNN medical analyst and emergency physician at Brown University, said Thursday.

One expert predicts daily Covid-19 deaths will double in just a matter of days. 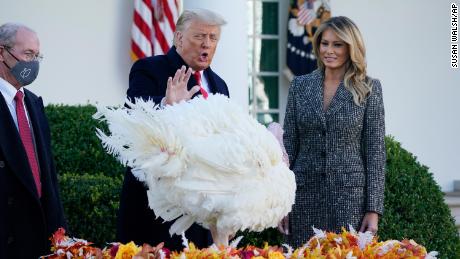 “When you look at people who are hospitalized today, they were infected two weeks ago, maybe more. So, it takes about five to seven days to become symptomatic,” Dr. Jonathan Reiner, a professor of medicine at George Washington University, said Wednesday.

“Usually, it takes about another week to be sick enough to be hospitalized so that’s two weeks at least, and then it takes usually another week for folks to succumb to the illness,” Reiner said.

‘We will see a surge upon a surge’

With the country deep into the fall Covid-19 surge, local and state leaders made last-ditch attempts all week to get the warning out to Americans: don’t opt for traditional Thanksgiving celebrations this year, or things could get worse. 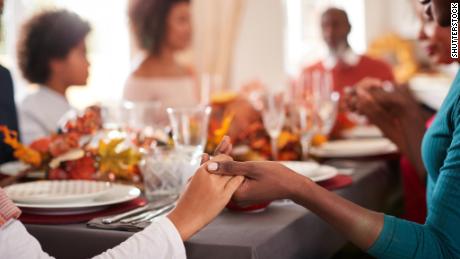 Getting together for the holidays? This website will help you see how risky your plans are

Phone alerts were sent out in Pennsylvania and parts of Georgia urging residents to stay safe during the holiday. In New Orleans officials sent residents a reminder to celebrate within their own household and keep larger celebrations virtual. In a final plea to Kansans, Gov. Laura Kelly said following health regulations “will be more critical than ever in the coming days.” US Surgeon General Dr. Jerome Adams said the safest Thanksgiving this year includes only immediate household members.

Similar warnings have poured in during the past week from officials in almost every state. And experts have cautioned of what could happen in the coming weeks if Americans don’t heed the guidance.

“It is kind of serious news here with all those people traveling and then at their destinations spending a lot of time indoors in a warm family relationship with extended families,” Dr. William Schaffner, professor of infectious diseases at Vanderbilt University, said Wednesday night.

“The virus is going to attend some of those Thanksgiving dinners and will spread, I’m afraid. And then people will come home, some of them will become ill, spread it further into their families and into their neighborhoods,” he added.

“In a week, more likely two weeks, we will see a surge upon a surge,” Schaffner said. “We’re in for a tough time.”

CDC study: It’s possible that only 1 in 8 US infections have been counted

Only about 1 in 8 — or 13% — of all coronavirus infections in the United States were recognized and reported through the end of September, a new modeling study suggests. 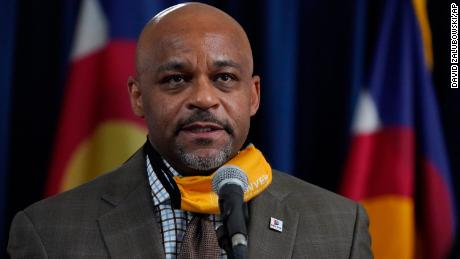 That estimate, made by researchers at the US Centers for Disease Control and Prevention, would mean that as many as 53 million people in the United States could have been infected from February through September.

During that same period, around 7 million confirmed cases of symptomatic Covid-19 were reported nationally, the researchers said.

As of Thursday, health authorities have identified more than 12.8 million Covid-19 cases total in the United States so far, according to Johns Hopkins University.

“We estimated that in the US through September 30, 2020, there were approximately 53 million total SARS-CoV-2 infections, including 42 million symptomatic illnesses and 2.4 million hospitalizations, with large variations by age group and geographic area,” the CDC researchers wrote in the study published in the journal Clinical Infectious Diseases on Wednesday.

Fifty-three million would be about 16% of the US population of 330.6 million.

To estimate the number of Covid-19 cases that might have been missed since the beginning of the pandemic, the researchers used a model to adjust the reported numbers of symptomatic cases in the United States. They considered what’s known about detecting cases, asymptomatic cases, patients seeking care or not and the risk of false negative test results.

Their study had some limitations, including that the availability and use of testing has changed over time, and their findings are based on a probabilistic model — so they serve only as estimates.

Researchers have been reporting for months that official case tallies have likely been vast undercounts, especially early in the pandemic, partly because of limited test availability.

Overall, while the numbers of Covid-19 cases in the study may seem large, the researchers emphasized that 84% of the US population would not have been infected by the end of September, and that therefore “most of the country remains at risk, despite already high rates of hospitalization.”