Donald Trump Hits Golf Ball in the Water And Screams, ‘I Hate This F***ing Hole!!!’

Some Trump voters still believe he can retain the presidency

Trump takes his fraud claims to a hotel ballroom — by phone 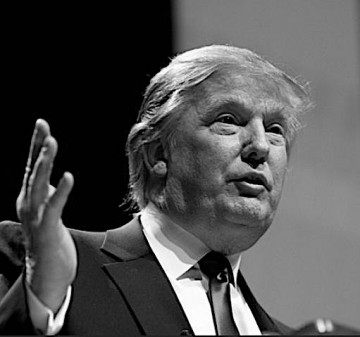 What is increasingly hard to explain is why Republicans are unable or unwilling to speak the truth about Donald Trump’s obvious loss in the 2020 election. Many in Congress have graduated from law school and passed the bar. Yet they can’t seem to grasp the facts in front of them. At the same time, they pretend that they won’t be held accountable for being toadies for a man who will go down in history, not only as the worst president in history but a man who killed thousands of Americans because of his flawed character, greed, mental illness, and incompetence.

Trumps’ claims about the election are preposterous. Numerous experts described in detail how the election would play out with mail-in votes. It was no surprise as it unfolded with Kornacki-khaki decoding the electoral count state by state, county by county. The states have checked in and none has been able to find any voting monkey business. Trump’s lawyers are being shown the courtroom doors.

Yet while Trump has no case and no chance of winning, GOP congresspeople and administration sycophants like Mike Pompeo is pretending Trump could pull it out. There is not a scintilla of evidence that will happen.

So why are all these Republicans cowering in fear of Trump? Trump will be gone and the toadies will have to account for themselves. Given he has likely committed business and tax fraud Trump could very well go to jail along with his adult children. It’s rumored he wants to start Trump TV. A Trump TV network would require substantial funding and a great deal of work.  Who would lend money to a man who already owes nearly a billion dollars to people or countries unknown? A man with a track record of bankruptcies and stiffing his vendors, including lawyers. All but three of his seventeen golf resorts are losing substantial money. Do you think Putin is returning his phone calls?  Maybe he wants to be paid.

Trump’s financial projections are sinking fast. All those bookings for rooms and events at the Trump Old Post Office Hotel like the covid-19 virus “are going away” from foreign countries, lobbyists, and companies when he’s out of office. He’s no longer the guy giving out favors. Mar-a-Lago revenues will shrink for the same reason, not to mention the loss of $650 a night it charges for secret service agent sleepovers.

It’s as if Trump has a Buck Rogers ray-gun that scares the bejesus out of Republicans who otherwise should know better. For five years they have been beaten into submission by Trump’s force of personality and shamelessness. Sadly, Jeb Bush was wrong: Trump was able to insult his way to the White House (right little Marco?) He wielded his Twitter account relentlessly and made an example of anyone who didn’t show total loyalty. Bob Woodward chose “Fear” as the title of his book for a reason and “Rage” for the next. One can only explain the current republican behavior as a version of Stockholm Syndrome.

But as a lifelong media professional, I have to add this. Media has played a large role. We’ve had 35 years of right-wing talk radio preaching hatred of liberals and minorities and any progressive ideas. This was the seed of the mantra of “own the libs”. From that, we have FOX News with the same message. But remember the ultimate mission was always to make money. Rupert Murdoch sees America as his own personal ATM.

It’s more likely that Trump TV will be a slightly glitzier version of Alex Jones InfoWars coming from his basement airing his white male grievances on the internet. He will have commercials for male enhancement supplement companies, reverse mortgages, and the pillow guy. He’ll be hoping for sponsorships from Diet Coke and McDonald’s and some free products. It won’t be pretty. Starting up and running a media company takes a lot of real work and a grasp of the details. Trump lacks the attention span and he’s basically lazy. He prefers to just order other people to do the work, however distasteful.

As President Biden attacks the Covid-19 crisis and gets it under control and rebuilds the economy, the incompetence and negligence of Donald Trump and his Republican enablers will become stunningly evident and they will pay the price.