But it is happening with the pandemic. These examples are the equivalent of an administration looking the other way, leaving states and cities and hospitals and families to their own resources—even as first those hospitals, and then the mortuaries, fill up, and medical workers serve endless shifts, knowing that they may be next to succumb. And all of this with the pandemic taking a cruel and disproportionate toll on racial minorities, and on families that are already under pressure from an unequal economy.

In these circumstances a “normal” national leader would be doing several things urgently, and all at once. One is restoring cooperation outside the country—on early detection of new outbreaks; on lessons of failed and successful containment strategies, or travel controls; on the other necessary global responses to a global threat. The next is restoring cooperation within the country—so that equipment availability, quarantine and distancing plans, vaccine rollouts, and countless other measures don’t remain a battle of each against all. The next would be giving a clear, steady, and believable account of where the country stands in this grim journey: how much longer things will get worse, when and where they might get better, what sensible steps should be taken in the meantime. (Imagine, for instance, the president assigning Anthony Fauci or another credible figure to have daily briefings, with no politicians at the microphone whatsoever.) And the next would be using every bit of political leverage to get new financial aid to businesses, families, schools, and city and state governments that are about to be plunged into new economic desperation. (Instead, the U.S. Senate has convened to ram through judicial appointments, and do nothing else.)

Of course, none of those things has happened, nor can, until January 20 at the earliest. The deaths go on, and our national leader looks the other way—at Fox, and in the mirror.

One more parallel to our current predicament comes to mind. It is very different in its legal implications, but evocatively similar in its emotional tenor.

This past summer, viewers around the world saw eight minutes and 46 seconds on video that few of them can ever forget. That’s how long a Minneapolis police officer kept his knee on the neck of the prone George Floyd. The officer’s face was impassive, barely showing interest, as his victim pleaded, and struggled, and choked, and died. The officer’s affect was like that of a fisherman, watching his catch flop helplessly toward death as it ran out of breath on the pier. Legally, the courts have yet to determine what those eight minutes and 46 seconds meant; the officer has pleaded not guilty to second-degree manslaughter and second-degree murder. But the video had such power because people around the world understood what they were seeing. One man was in control of another. One man calmly watched as another died. In the layman’s sense of the term, these were images of manslaughter, of homicide.

The face in the White House is snarling rather than impassive, gaudily made up rather than unadorned, craving the limelight rather than operating outside it. But as it turns to the public, it reveals the same careless indifference toward lives it should have spared.

We want to hear what you think about this article. Submit a letter to the editor or write to [email protected] 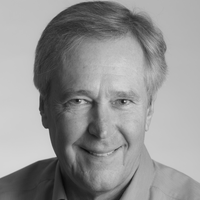 is a staff writer at The Atlantic and has written for the magazine since the late 1970s. He has reported extensively from outside the United States and once worked as President Jimmy Carter’s chief speechwriter. He and his wife, Deborah Fallows, are the authors of the 2018 book Our Towns: A 100,000-Mile Journey Into the Heart of America, which was a national best seller and is the basis of a forthcoming HBO documentary.