Do We Need Football in America This Badly?

Letters to the Editor: The media can weaken Trumpism by ignoring Donald Trump

Four weeks on, the US election is still yet to be formally called. Here’s why it’s taking so long

California shuts down to curb coronavirus surge. Will it work?

Baltimore Sun – We are currently unavailable in your region

‘It has to stop’: Georgia official calls on Trump to ‘stop inspiring’ death threats over election

Almost every state has reported a rapid surge in cases and nationwide numbers have been climbing much faster than ever before — with the country reporting a staggering 2.7 million infections since the beginning of the month.

On Friday, more than 195,500 new infections were reported — the country’s highest for a single day, and far beyond what the nation was seeing just weeks ago. The highest number of single-day cases during the country’s summer surge was a little more than 77,100 in July, Johns Hopkins University data show.

The US on Friday also recorded its highest number of Covid-19 patients in hospitals on a given day: 82,178 — according to the COVID Tracking Project.

LIVE UPDATES: The latest on the coronavirus pandemic

The numbers offer just a glimpse at the devastation the pandemic has unleashed across American communities, with some cities ordering mobile morgues to handle the excess deaths, while hospitals in other parts have reported overwhelmed ICUs and exhausted staff.

The spread is ‘faster’ and ‘broader’ than ever

Experts this week predicted things will likely get worse before they get better. 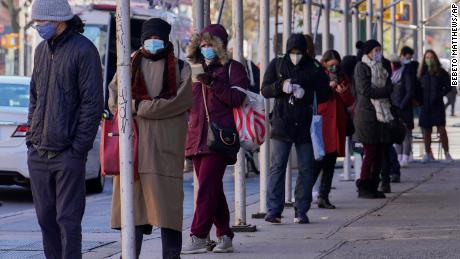 The virus is still running unabated in the US and the rate of rising cases is now “dramatically” different from what it was before, White House Coronavirus Task Force Coordinator Dr. Deborah Birx told CNN’s Chief Medical Correspondent Dr. Sanjay Gupta.

“This is faster. It’s broader. And what worries me, it could be longer,” she said.

Colorado officials said a new modeling report estimates about one out of every 49 residents in the state is infected with Covid-19 — by far the highest prevalence since the virus arrived there. In Washington state, Gov. Jay Inslee said the “state is on fire,” with the virus “raging” across its communities. 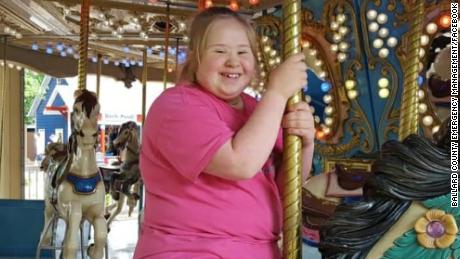 A 15-year-old Kentucky girl who beat the odds against cancer last summer, died of Covid-19 this month

Those announcements come ahead of Thanksgiving week, when health officials fear many Americans will opt to visit family and friends and further fuel the spread of the virus — many times, without knowing it.

The US Centers for Disease Control and Prevention — which this week urged against holiday travel — says in new guidance that more than 50% of Covid-19 infections are spread by people who exhibit no symptoms.

“This means at least half of new infections come from people likely unaware they are infectious to others,” the agency’s website reads.

What this means for the country

The rising numbers have brought some hospital systems to their knees and prompted state leaders to take action to help curb the spread. 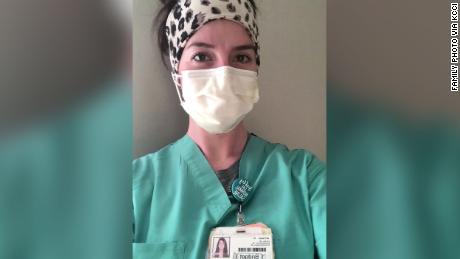 At least 24 hospital leaders warned the American Hospital Association they are experiencing staffing shortages, Nancy Foster, the association’s vice president for quality and patient safety policy, said. Those concerns have been raised in states including Texas, Wisconsin, Illinois, Minnesota and North and South Dakota, all of which have recently seen infections climbing, she added.

And those shortages are hard to fix when pulling from a workforce of health care employees “justifiably experiencing a significant emotional and physical toll due to the impact of the pandemic,” Foster said in a statement to CNN.

And in rural parts of the country, the challenge is often greater.

Of about 2,000 hospitals considered to be rural, about 1,700 have 50 beds or fewer and about 1,300 of them have 25 beds or fewer, according to Tom Morris, associate administrator for rural health policy in the federal government’s Health Resources and Services Administration. 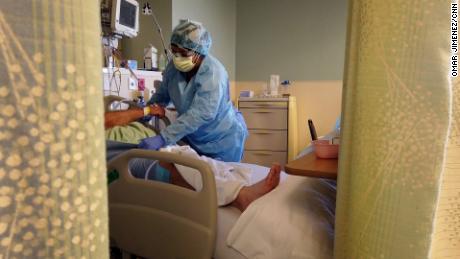 ‘Busting out of the seams’: West Texas hospitals pushed to the limit in unprecedented Covid-19 surge

California’s governor issued a limited stay-at-home order for the counties in the state’s most restrictive tier, saying nonessential work and gatherings must stop between 10 p.m. and 5 a.m. Minnesota’s governor announced a “four-week dial back,” which among other measures placed new limits on social gatherings and ordered bars and restaurants to takeout and delivery services only.

A statewide curfew went into effect Thursday in Ohio, lasting from 10 p.m. to 5 a.m. The Navajo Nation, which reported its highest number of daily cases Friday, is also currently under a “stay-at-home lockdown” that began earlier this week. 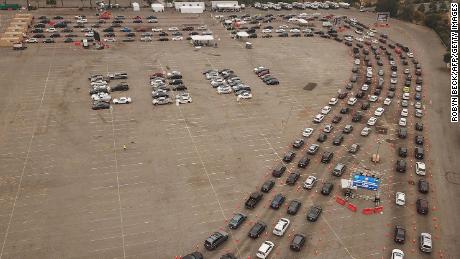 Drivers wait in lines at a Covid-19 testing site at Dodger Stadium in Los Angeles on Wednesday.

There is good news, too

The good news? Experts say promising vaccines are on the horizon and until then, there are things the American public can do to help hold down the virus.

Those include wearing a mask, social distancing, avoiding crowds and washing hands regularly. The University of Washington’s Institute for Health Metrics and Evaluation projected this week about 65,000 lives could be saved by March 1 if 95% of Americans wore masks. 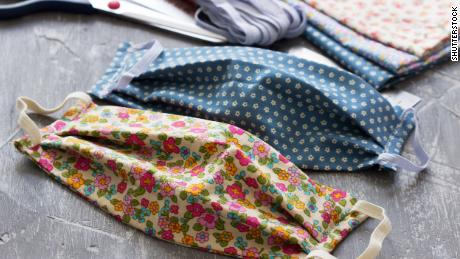 Choosing the best mask to protect you and others, according to new CDC guidelines

And according to new research published Friday by the CDC, masks worked to slow the spread of the virus in parts of Kansas. The state’s governor signed an executive order on July 2 that made masks mandatory in public places. The majority of the state’s counties opted out of the order, but about two dozen opted in or created their own mask mandate.

The CDC and the Kansas Department of Health and Environment looked at case trends the month before the mandate and for the month after the mandate and found that in the 24 counties that required people to wear masks in public, there was a net decrease of 6% in cases. Meanwhile, in counties without the mandate, the disease continued to surge, with a net increase in cases of about 100%.

And soon, there could be more reinforcements in the battle against Covid-19. 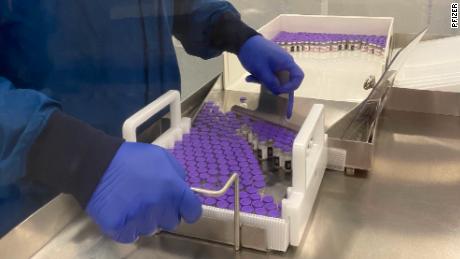 On Friday, Pfizer and BioNTech submitted an application to the US Food and Drug Administration for emergency use authorization for their Covid-19 vaccine candidate. Earlier this week, Pfizer said a final analysis of the Phase 3 trial of the vaccine showed it was 95% effective in preventing infections, even in older adults, and caused no serious safety concerns.

While the application for EUA is “encouraging,” the Infectious Diseases Society of America stressed Friday that a transparent review of Pfizer’s data is still needed.

And if the vaccine is given the green light, “clinical trials and data collection must continue,” Dr. Barbara Alexander, president of IDSA, said in the statement.

“Measures that include wearing masks, frequent hand washing, maintaining physical distance and restricting the size of gatherings will remain crucial,” the statement said. “Finally, new federal funding must be provided for widespread, fair and equitable vaccine distribution in addition to campaigns to build vaccine confidence.”