Edward Norton has gone viral in a Twitter thread attacking President Donald Trump, which has almost 200,000 combined likes at the time of publishing.

The Fight Club actor launched a scathing attack on Trump’s refusal to concede to President-elect Joe Biden in what he called a “tactical delay” and a “desperate endgame.”

Prefacing his thread by saying he is “no pundit” Norton has received wide praise for his nuanced, adjective-laden take on the Trump administration’s refusal to concede defeat.

“I’m no political pundit but I grew up w a dad who was a federal prosecutor & he taught me a lot & I’ve also sat a fair amount of poker w serious players & l’ll say this: I do not think Trump is trying to ‘make his base happy’ or ‘laying the groundwork for his own network’…” the thread begins.

“…or that ‘chaos is what he loves’. The core of it is that he knows he’s in deep, multi-dimensional legal jeopardy & this defines his every action. We’re seeing 1) a tactical delay of the transition to buy time for coverup & evidence suppression 2) above all, a desperate endgame …which is to create enough chaos & anxiety about peaceful transfer of power, & fear of irreparable damage to the system, that he can cut a Nixon-style deal in exchange for finally conceding.”

Trump has continued to call Biden’s victory into dispute, claiming foul play and insisting widespread fraud and irregularities facilitated his opponent’s success. His team has launched a spate of lawsuits related to the election, which have so far failed to substantiate claims of mass fraud.

Norton, 51, however, adds that Trump does “not have the cards” and, “His bluff after ‘the flop’ has been called in court… His ‘turn card’ bluff will be an escalation & his ‘River card’ bluff could be really ugly. But they have to be called.”

The actor then called Trump a “mobster bully” and said Americans cannot agree to “a deal to save his a** by threatening our democracy. THAT is his play. But he’s got junk in his hand. So call him.”

Then Norton gets creative with the insults, calling the outgoing president “a whiny, sulky, petulant, Grinchy, vindictive little 10-ply-super-soft b**** who no doubt is just throwing a wicked pout fest & trying to give a tiny-hand middle finger to the whole country for pure spite, without a single thought for the dead & dying.” 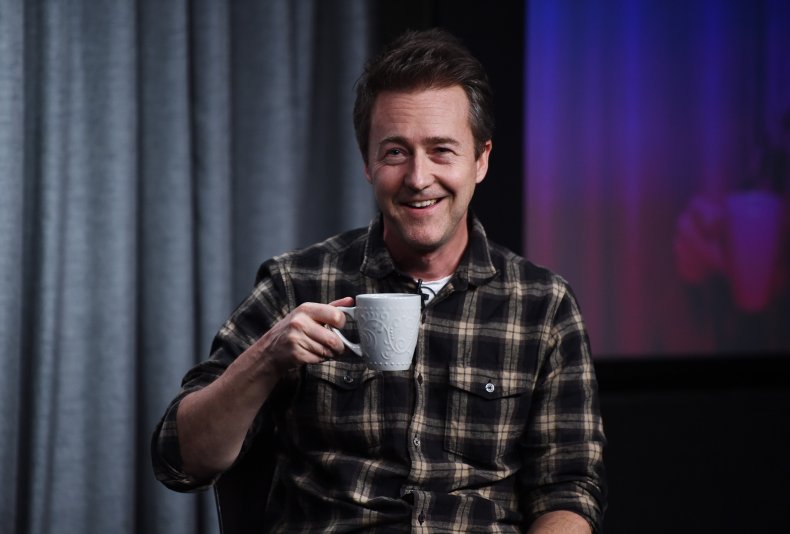 He continued: “But his contemptible, treasonous, seditious assault on the stability of our political compact isn’t about 2024, personal enrichment or anything else other than trying to use chaos & threat to the foundation of the system as leverage to trade for a safe exit. Call. His. Bluff.”

Norton ended his spiel with a rallying cry to Americans, urging them not to “flinch” at what’s ahead.

“Faith in the strength of our sacred institutions & founding principles is severely stretched…but they will hold,” he wrote. “They will. He’s leaving, gracelessly & in infamy. But if we trade for it, give him some brokered settlement, we’ll be vulnerable to his return. We can’t flinch.”