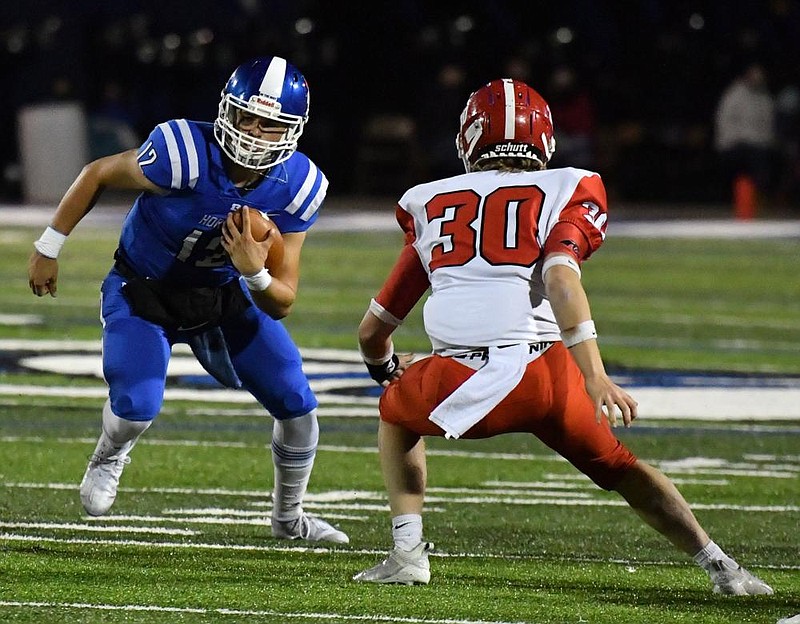 Bryant quarterback Austin Ledbetter (12)has completed 81 of 132 passes for 1,476 yards with 22 touchdowns and 2 interceptions while leading No. 1 Bryant, which will square off tonight against No. 2 North Little Rock in a Class 7A-Central showdown of unbeaten teams. (Special to the Democrat-Gazette/Jimmy Jones)

The final Friday night of October brings the state’s biggest game of the season so far: No. 1 Bryant at No. 2 North Little Rock.

Tonight’s game, which features the last two schools to win a Class 7A state championship, is scheduled to kick off at 7 p.m. at Charging Wildcat Stadium. Tickets are sold out, with both schools selling their allotments this week as North Little Rock had 1,000 tickets and Bryant 400.

Both Bryant and North Little Rock are 7-0 overall and 4-0 in the 7A-Central Conference. The Hornets and Charging Wildcats have been the Arkansas Democrat-Gazette’s top two teams in the overall top 10 and in Class 7A since the season started.

However, it is Bryant that enters the game with the state’s longest winning streak at 24 games and as a two-time defending Class 7A state champion. The Hornets’ last loss was at North Little Rock on Oct. 26, 2018, when the Charging Wildcats — the 2017 Class 7A state champions — came back from a 21-0 first quarter deficit to win 34-28.

“It’s gone by so fast,” Bryant Coach Buck James said of the streak. “We want to go 1-0 every week. We don’t talk about the streak as a team.”

North Little Rock is 4-3 since 2016 against Bryant, but the Hornets have won the past three games in the series, including the past two Class 7A state championship games at War Memorial Stadium in Little Rock.

James has led the Hornets to two Class 7A state championships as well as the school’s first undefeated football season of 13-0 a year ago. The Hornets, though, are looking for their first win at North Little Rock since 2004 and in James’ tenure, which began in 2016.

“It’s a hurdle we have to get over,” James said. “If you’re going to win a conference championship, you have to win on the road at your conference opponents.”

Coach J.R. Eldridge is new to the Bryant-North Little Rock rivalry after being at Arkadelphia from 2011-19. But he’s understanding of what the series has meant to both teams over the past four seasons.

“It’s become a competitive series. It’s become a good rivalry,” said Eldridge, who took over for Jamie Mitchell in the spring. “We treat every week the same. But it’s hard to do with a rivalry game.”

Bryant, led by quarterback Austin Ledbetter, is averaging 48.5 points per game. The senior has completed 81 of 132 passes for 1,476 yards with 22 touchdowns and 2 interceptions.

The Hornets have Eldridge’s attention.

“They’re extremely explosive,” Eldridge said. “They’ve got great athletes out there. They do so well designing their game plan and their plays. You can tell on film that they know what’s expected of them. Our defense better be ready to basically be in the right place at the right time.”

North Little Rock, which is averaging 41.7 points per game, has turned into a more balanced offense this season under Eldridge. Senior quarterback Kareame Cotton is 48-of-97 passing for 888 yards with 9 touchdowns and 3 interceptions, and has rushed for 560 yards and 11 scores on 56 carries.

“I’ll be glad when he graduates,” James said of Cotton. “Whether he’s under center or in the Shotgun, he can run it or throw it. He’s very athletic.”

The Charging Wildcats are hoping to get one of their top players back against the top-ranked Hornets.

Defensively, Bryant has allowed 88 points in seven games. Of those, 40 came in a 44-40 victory over Cedar Hill (Texas) Trinity Christian on Sept. 18. As far as Arkansas opponents in 2020, Marion scored 17 points Sept. 4 against the Hornets.

This season, it’s Bryant with the long run of victories.

Eldridge said with the combination of playing Bryant and knowing what’s at stake for the Class 7A playoffs as far as a top seed goes, it’s the Charging Wildcats’ most important game.

“It’s really big,” Eldridge said. “Our players know how big it is. We want to be able to be playing our best football. We want to continue to make improvements and continue to get better.”

When it comes to facing North Little Rock, James believes that playing a team such as Trinity Christian helped the Hornets this week in preparation for the Charging Wildcats.

“That’s why you schedule a tough nonconference schedule,” James said. “Trinity is a combination of all of those teams [in the 7A-Central Conference].

AT NO. 2 NORTH LITTLE ROCK 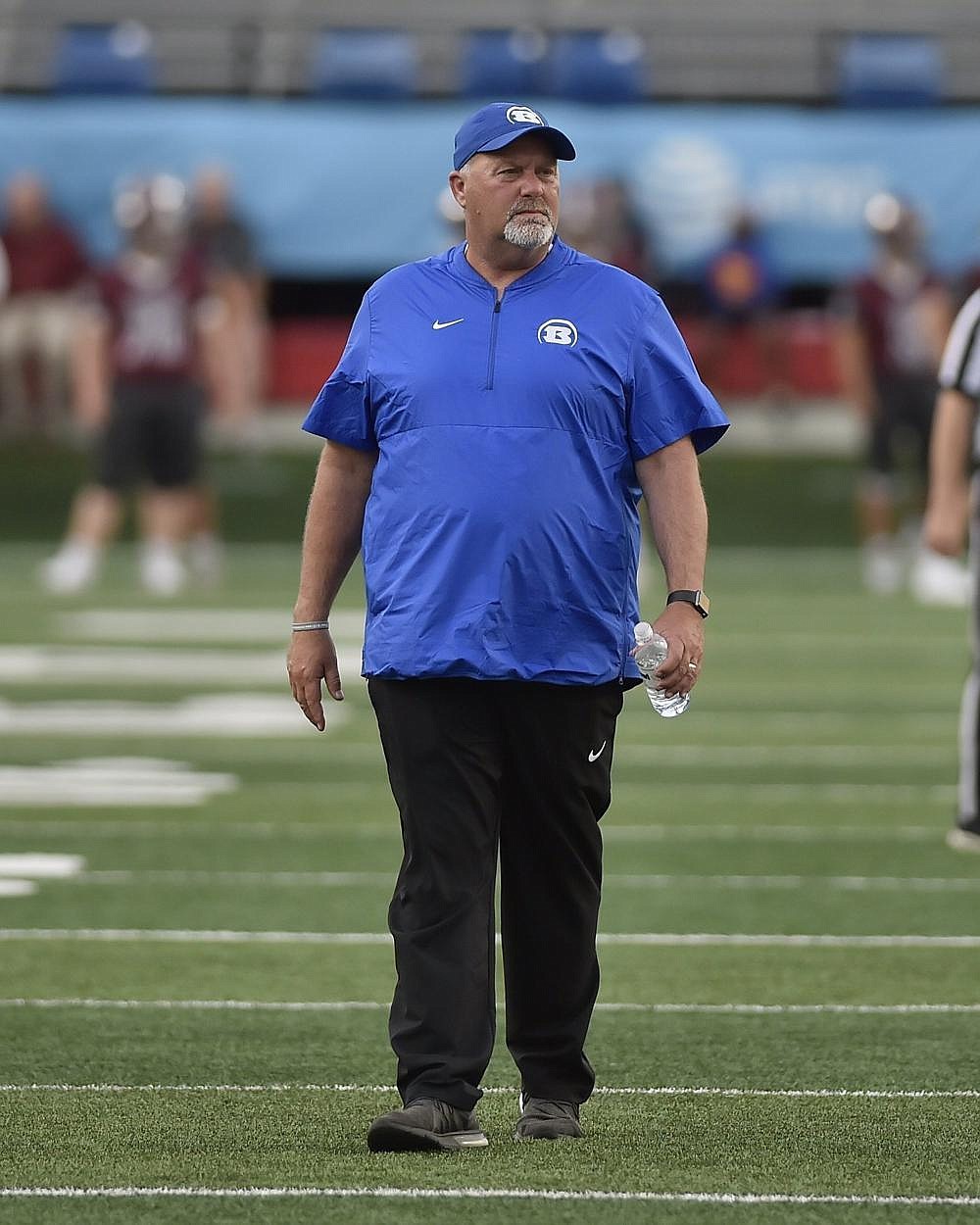 Bryant head coach Buck James is shown in this file photo. (Special to the Democrat-Gazette/JIMMY JONES) 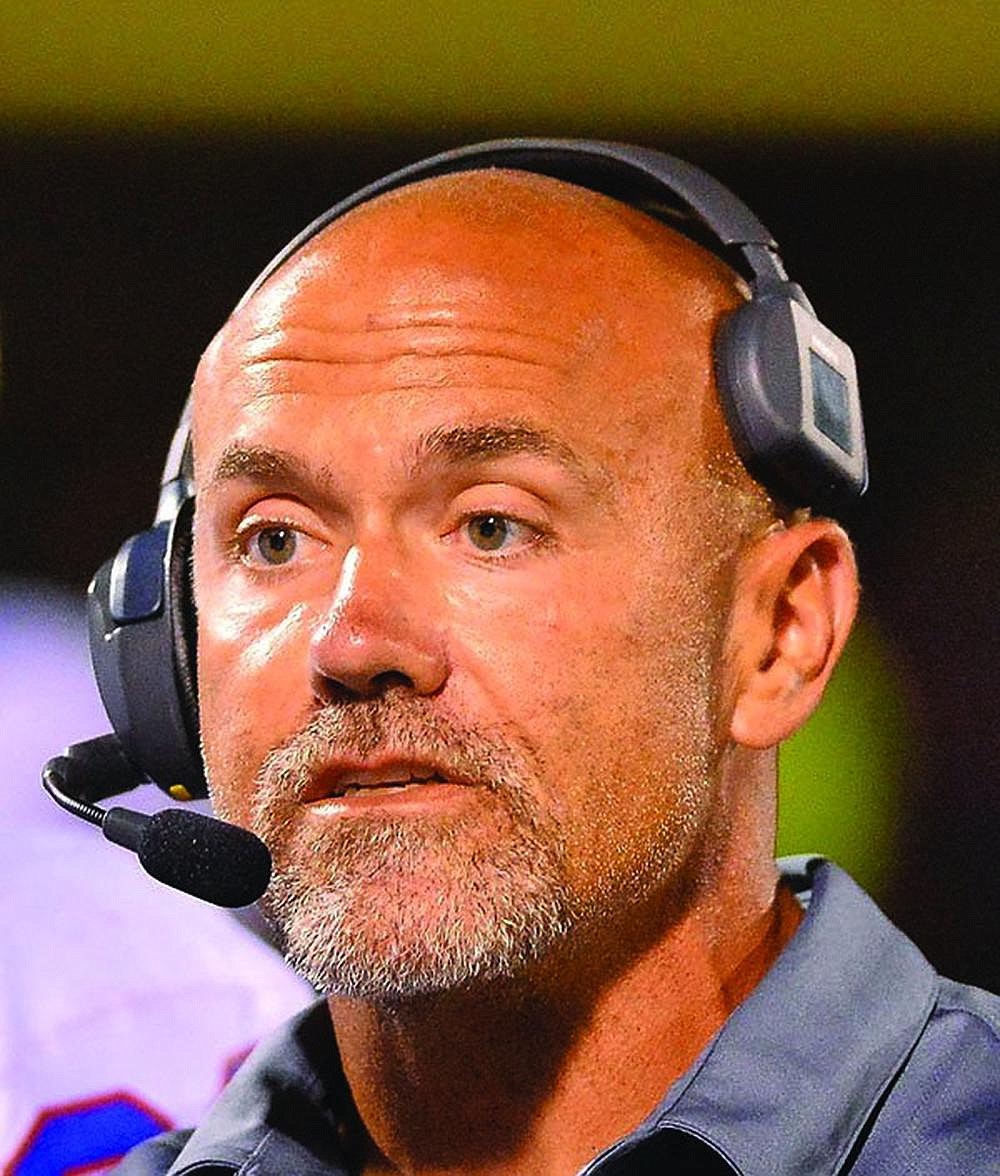