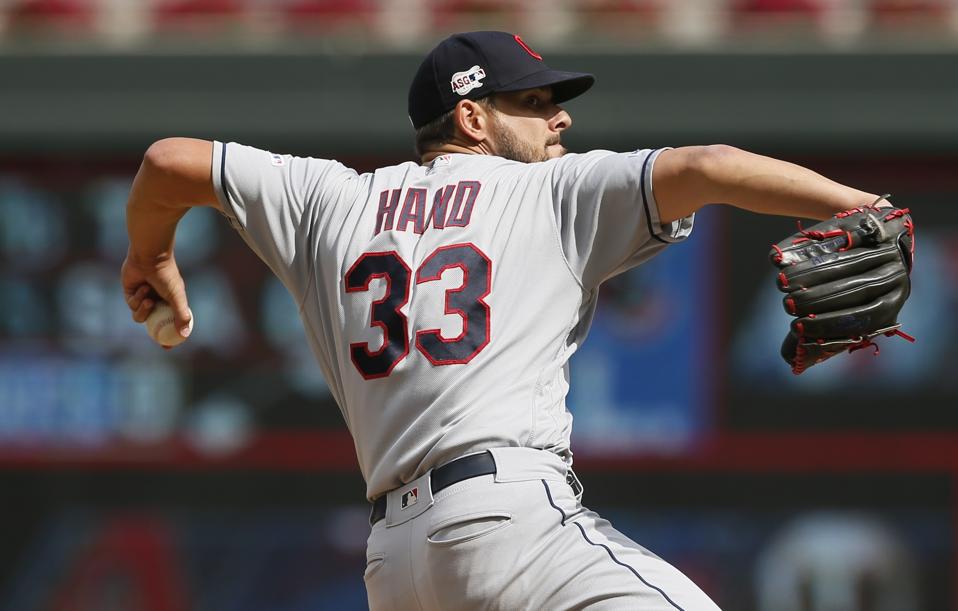 The Cleveland Indians made a decision that is designed to save them $1 million in the coming season.

Left-handed closer Brad Hand had a club option to pitch in the 2021 season for $10 million. He also had a clause to buy out his contract for $1 million.

Cleveland has chosen to place Hand on outright waivers, hoping another club will sign Hand and pay him the $10 million remaining on his contract. If no team emerges, the Indians will pay Hand the buyout.

Closers are coveted in baseball, but most teams have stockpiled organizational pitching options capable of closing games. There are a few teams that could really use Hand’s services. The Boston Red Sox come to mind as the team that may need him the most.

In a time when teams are said to be losing millions of dollars from having empty stadiums during a reduced 60-game schedule, clubs are cutting back severely in all financial aspects of their organizations. They are said to be using a meat cleaver to their budgets as opposed to using a scalpel. These times require very difficult and painful decisions.

Hand was acquired by the Indians in a July 2018 trade with San Diego. The Indians sent catching prospect Francisco Mejia to the Padres for Hand and reliever Adam Cimber. Cimber has been mediocre at best for Cleveland. Mejia has not lived up to his prospect press clippings with the Padres.

While there have been some hiccups and heartburn along the way, Hand, has done relatively well as the primary ninth-inning man out of the bullpen in Cleveland. He has saved 58 games in parts of three seasons with the Indians, including 34 saves in 2019.

Hand’s biggest concerns have come from falling behind in counts. He is umpire dependent, and as a left-hander with a sweeping slider, he has to get calls on the outside corner against left-handed hitters.

Using an aggressive delivery, Hand’s velocity was actually up a tick to 94 MPH on his four-seam fastball this past short season. He also throws a two-seam sinker, a slider, a curve and a changeup. He has a very complete resume for a back-end of the bullpen reliever. This past season and even in recent seasons however, Hand relied upon his fastball/slider combination almost exclusively.

Waiver priority is offered on a league-wide basis, in reverse order of the final standings.

That means the Pittsburgh Pirates would have the first opportunity to claim Hand. That doesn’t seem likely, as the Pirates are in a similar market as the Indians.

Realistically, the Red Sox, the Mets and the Angels seem like the best fits for Hand. They are markets that need a closer and may have the financial room to afford his $10M contract. The Red Sox in particular have been in need of a closer for quite some time. If they wish to contend next season, Hand may be a solid option.

Other closers may become available for a variety of reasons. For example, the Astros are reported to have placed closer Roberto Osuna on waivers after he spent the past season on the injured list. But the injury history may dissuade some suiters. There were reports Tommy John surgery was recommended for Osuna. Osuna’s injury may make Hand a more attractive option at this early point of the offseason. Teams may wish to land their new closer early in the offseason process.

The Indians have more difficult decisions ahead. For example, Francisco Lindor will be a free agent after the 2021 season. The status of first baseman Carlos Santana and the club option on his $17.5M contract awaits a decision, likely a decline.

Placing Brad Hand on waivers is only the beginning of what could be a painful offseason for the front office and ownership in Cleveland. They made the best decision with Brad Hand. Hopefully, another team will benefit by his closing ability and the Indians will save having to pay him $1M. Now they just have to wait and see how the waiver process progresses.