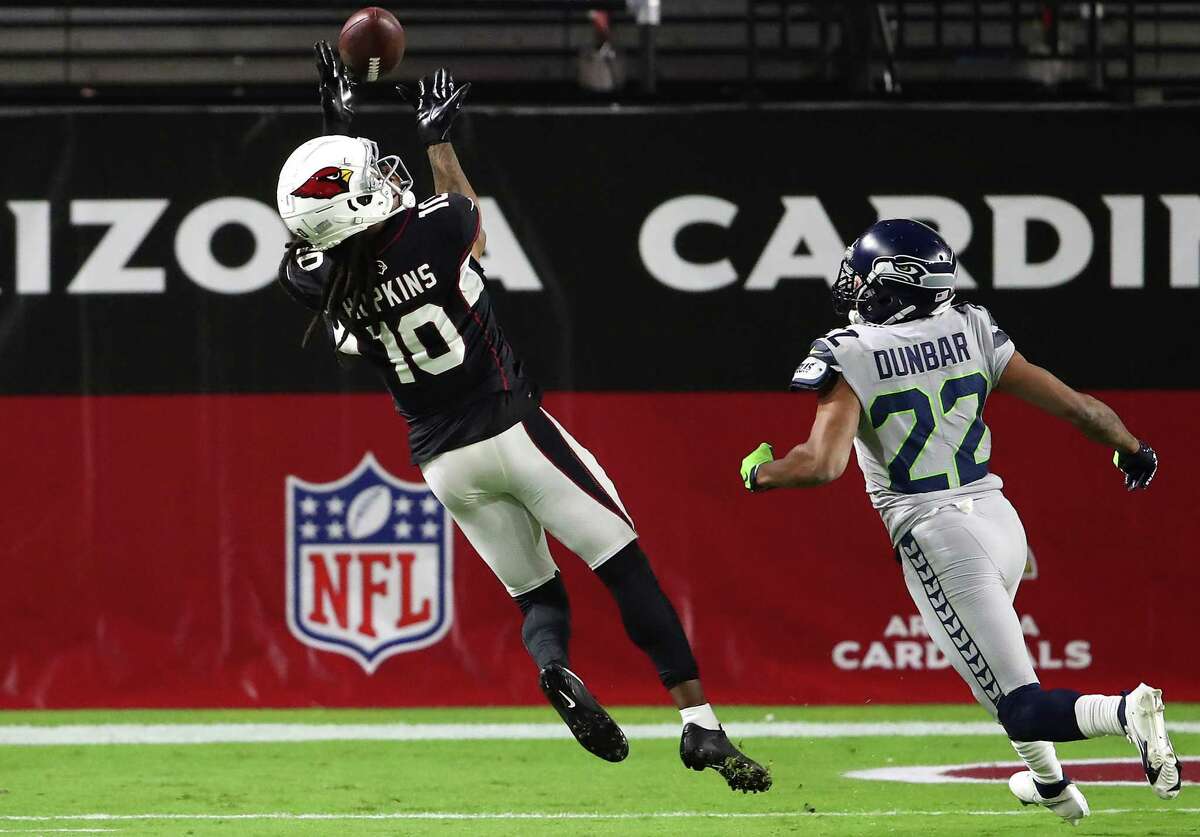 GLENDALE, ARIZONA – OCTOBER 25: Wide receiver DeAndre Hopkins #10 of the Arizona Cardinals makes a catch and runs for a touchdown as cornerback Quinton Dunbar #22 of the Seattle Seahawks looks on in the first quarter of the game at State Farm Stadium on October 25, 2020 in Glendale, Arizona.Christian Petersen/Getty Images

It appears that former Texans receiver DeAndre Hopkins was on his way to work Sunday when he ran across a caravan of Donald Trump supporters in Arizona.

According to Chloe Jones and Katherine Fitzgerald of the Arizona Republic, these Trump pseudo-parades have been common in the Phoenix area the past few Sundays “where hundreds of vehicles often drive below the speed limit on highways.”

A Twitter user named Richard Williams caught a photo of a man who appears to be Hopkins driving his Ferrari by the caravan with both arms raised above his head and his middle fingers extended. In his tweet, Williams called Hopkins “a piece of trash.” The man in the car is wearing the same distinctive shirt Hopkins was wearing when he arrived at the State Farm Stadium for Sunday night’s game.

Tony Garcia and April Garcia, who were driving in the caravan, told the Arizona Republic the black Ferrari was weaving in and out of the line before exiting the highway near the stadium.

April Garcia told the paper there were a lot more “intolerant” people throwing water and other objects at vehicles in the caravan.

The 28-year-old Hopkins played seven seasons with the Texans before Bill O’Brien traded him to Arizona last offseason. Hopkins leads the NFL with 57 receptions in seven games this season. He had another big night Sunday, catching 10 passes for 103 yards and a touchdown in Arizona’s 37-34 overtime win against Seattle.