Donald Trump and Joe Biden have one final chance to address tens of millions of Americans in the final televised debate of a fractious presidential campaign.

After the first debate descended into a shambolic squabble and the second was cancelled in a dispute over whether it should be held virtually, the two candidates will meet face-to-face again for a Thursday night prime time 90-minute event (2am Friday UK time).

It is a comment on the discordant state of American politics that the candidates will have their microphones muted during sections of the debate to prevent a repeat of the interruption-fest of the first debate. 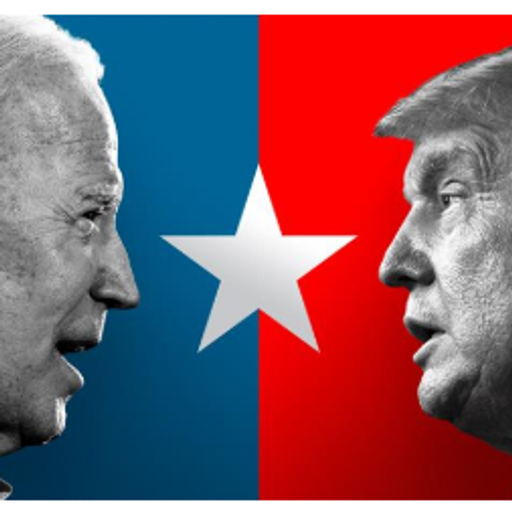 US election – a simple guide to the 2020 presidential race

That decision has angered the Trump campaign, which has alleged bias in the non-partisan Commission on Presidential Debates. It has also complained about the moderator and her choice of debate subjects.

Mr Trump has labelled her “just like most of the Fake News reporters” and recent history suggests any moderator will have a fight on their hands to keep the candidates under control.

Opinion polls suggest Mr Trump needs a good debate performance to close a yawning gap between himself and his rival. Nationally he trails by double-figures and he is also behind in polling in critical swing states.

While Mr Biden has spent the week preparing for the debate hunkered down at his Delaware home, the current president has been out on the campaign trail holding large rallies in some of those pivotal states.

He has largely eschewed traditional debate preparation, telling reporters this week that his regular sparring contests with them is good enough practice for the night.

The president is certain to continue his attacks on Mr Biden’s record in public office and his suitability and capacity to be commander-in-chief. He is also likely to step up attacks on the business dealings of Mr Biden’s son Hunter.

The former vice president, and his running mate Kamala Harris, have shown they are determined to keep Mr Trump’s handling of the pandemic as the central issue of the campaign. They say he has made America weaker, sicker, poorer, more divided and more violent.

But, in the frantic race to the finish line in this election, every day brings new stories that could feature, from revelations about Mr Trump’s own tax affairs to the discovery that lawyers cannot find the parents of 545 migrant children separated from them by the Trump administration.

The first debate was emblematic of a messy campaign which, with record numbers of people voting by post because of the pandemic, could lead to an equally messy election night.

With Americans, like many in the world, facing a winter of economic and health hardship, the debate is an audition for who can best lead them through the dark times.

Watch and follow the final presidential debate between Donald Trump and Joe Biden at 2am Friday morning on the Sky News website, app and on TV.