‘It’s not just a trade war’: Ray Dalio on why China’s rise means big headaches for US, the world

Falcons’ Ryan: Win could be ‘start of something’

Saudi Arabia to use G20 leadership to coordinate COVID-19 response

451: Unavailable due to legal reasons

Cities in the UK, France, Spain are resisting centralized efforts to impose tighter regulations, with days of tense negotiations ongoing as infections increase.

In the northern English city of Manchester, UK Prime Minister Boris Johnson has become engulfed in a row with local mayor Andy Burnham over whether to move the city from the UK’s second tier of restrictions to its most severe third tier.

“If an agreement cannot be reached, I will need to intervene in order to protect Manchester’s hospitals and save the lives of Manchester’s residents,” Johnson said on Friday, urging Burnham to “reconsider his position” and “engage constructively” with the government.

But Burnham has resisted the government’s efforts to increase the severity of his city’s measures, urging for more financial measures to protect the region’s workers placed under stricter rules.

The tension is a far cry from the UK’s first coronavirus peak, when its four nations all essentially went into lockdown in unison, and adherence from regional authorities and the public was a given.

Instead, there is confusion in some parts of the country about what rules they are required to adhere to, with much depending on their local authority’s willingness to follow the government’s instructions.

In London, the mayor Sadiq Khan was calling for tougher rules for several days before Johnson announced them, while in Liverpool, Lancashire and other regions, deals were agreed with the government just before the weekend, with some councilors expressing misgivings about the order.

But even where local leaders are amenable to tougher rules, the public appears less so.

“I’m fed up,” Rebecca Duncan, a 39-year-old from south London, told CNN on Friday after the city moved into “tier 2.” “It’s like one thing starts to open up and life starts to seem slightly normal and then something else comes along and pushes us all back.”

And a similar scenario is unfolding across Europe, as leaders grapple with the difficulties of pursuing a “whack-a-mole” approach to slowing the spread of Covid-19. 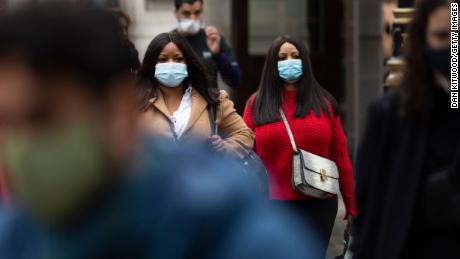 Earlier this month a Madrid court rejected lockdown laws imposed on the capital by the Spanish government, leaving millions of residents wondering whether they were clear to travel for a national holiday.

The court said the restrictions, which banned residents from leaving the capital and nine suburbs last Friday, interfered with “citizens’ fundamental rights without the legal mandate.”

Spain’s left-wing national government and Madrid’s center-right regional administration have long been at loggerheads over the pandemic response, and the lockdown measures are the latest political battleground.

And in Germany, a slew of court orders are causing trouble for Angela Merkel’s government as she attempts to battle a rising load of cases. 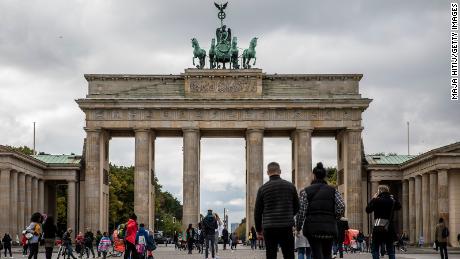 Tourists walk at the Brandenburg Gate in Berlin on Tuesday, as the city’s businesses fight curfew orders in the courts.

Most prominently, a Berlin court sided against the government and with a group of business owners on Friday, suspending late-night curfews on bars and restaurants in the city.

“It was not apparent” that closing food and drink establishments between 11 p.m. and 6 a.m. would help fight contagion, the court found in the case. The measure, which came in force on October 10, was therefore a “disproportionate encroachment on the freedom” of the hospitality industry, the court said.

Health Minister Jens Spahn said he was “very disappointed” at the ruling, saying that “there is no doubt that in big cities … especially in the late hours, what is happening in private and public places is a driver of current infections,” according to AFP.

Emmanuel Macron will be closely watching the arguments taking place across Europe, after imposing curfews in Paris and several other French cities that took effect on Friday. As of yet, the French government has not faced major opposition to the plan. 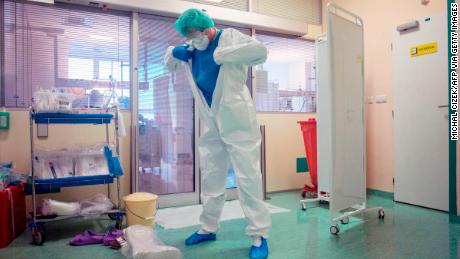 In addition to opposition from local lawmakers and aggrieved business owners, the question of policing is causing confusion in some areas.

The Chief Constable of Greater Manchester Police responded firmly on Saturday to a report in the Telegraph newspaper, which had claimed there were “fears” over whether officers would follow Burnham’s lead and refuse to put in place measures mandated by Johnson’s government.

“We carry out operational policing without fear or favour and in line with the Police Services code of ethics alongside colleagues across the country,” Ian Hopkins said in a statement.

But the barrage of challenges from councils and the hospitality industry are causing headaches for several European governments.

Meanwhile, cases continue to rise across the continent. The UK, Germany, Italy, Poland and the Czech Republic, alongside other nations, have all recorded their highest-ever confirmed Covid 19 infections in October, as leaders warn of potentially severe winter outbreaks.