Amazon Prime’s website has a new clothing line for sale, and it’s stirring serious controversy. The brand, titled “Anti Iran Tees For All” resurfaced after a Twitter user shared a link to a tee-shirt on October 15.

“Amazon must take this insulting add off its website,” they wrote, including a link to a black tee-shirt which read “F*** IRAN” across the chest.

Newsweek reached out to Amazon Prime for comment on Thursday regarding the brand, and the company responded that they had no comment.

Their Twitter updated called for folks to boycott Amazon until the product was removed. “Amazon has no shame,” one person wrote. “Very insulting, and infantile gesture on one of the most beautiful ancient countries,” another chimed in.

“This is outrageous. BOYCOTT @amazon till they take this Insulting Ad off its website. This is an insult to 80 Million People,” a third wrote.

“There are a lot of these on their site. It’s disgusting stuff. They should remove them all,” one person noted. Unfortunately, they’re not wrong. Another brand, named “Brand: Pro TRUMP 2020 Apparel” has shirts with the same message available for purchase as well.

“@amazon Selling a merchandise insulting to a nation is not acceptable,” someone tweeted in response. “I will #cancelprime subscription if you do not remove this item. And please do not come up with the Freedom of Expression excuse!!”

These calls for boycotting the retailer come a day after Amazon Prime’s annual sale event, Prime Day. The annual sale brings billions of dollars in, and as per CNBC, third-party sellers made $3.5 alone. The company has yet to disclose final Prime Day figures. 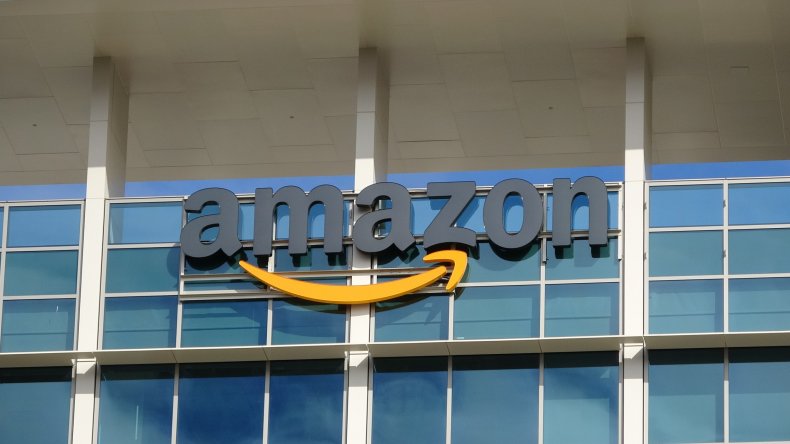 Close-up of sign with logo on facade of the regional headquarters of ecommerce company Amazon in the Silicon Valley town of Sunnyvale, California, October 28, 2018. Smith Collection/Gado/Getty Images

The description for the product reads: “Makes a great or shirt for men, women, or any American citizen who is anti Iran.”

“Great shirt or tee for Americans, conservatives, republicans, Trump supporters, pro Trump men and women, and active duty military service members and veterans,” it continues. “Will make a great shirt to wear when WWIII breaks out between the USA and Iran.”

According to the details on the products, the brand first became available on January 8 this year. Only one product in the brand’s shop has a review and a rating.

The $39 hooded sweatshirt has one star. The rating reads: “Promoting hate huh?”