US Election 2020 Indiana profile: How state voted in 2016, demographics and more

US Election 2020: Joe Biden, in sign of confidence, will visit Iowa in race’s final days 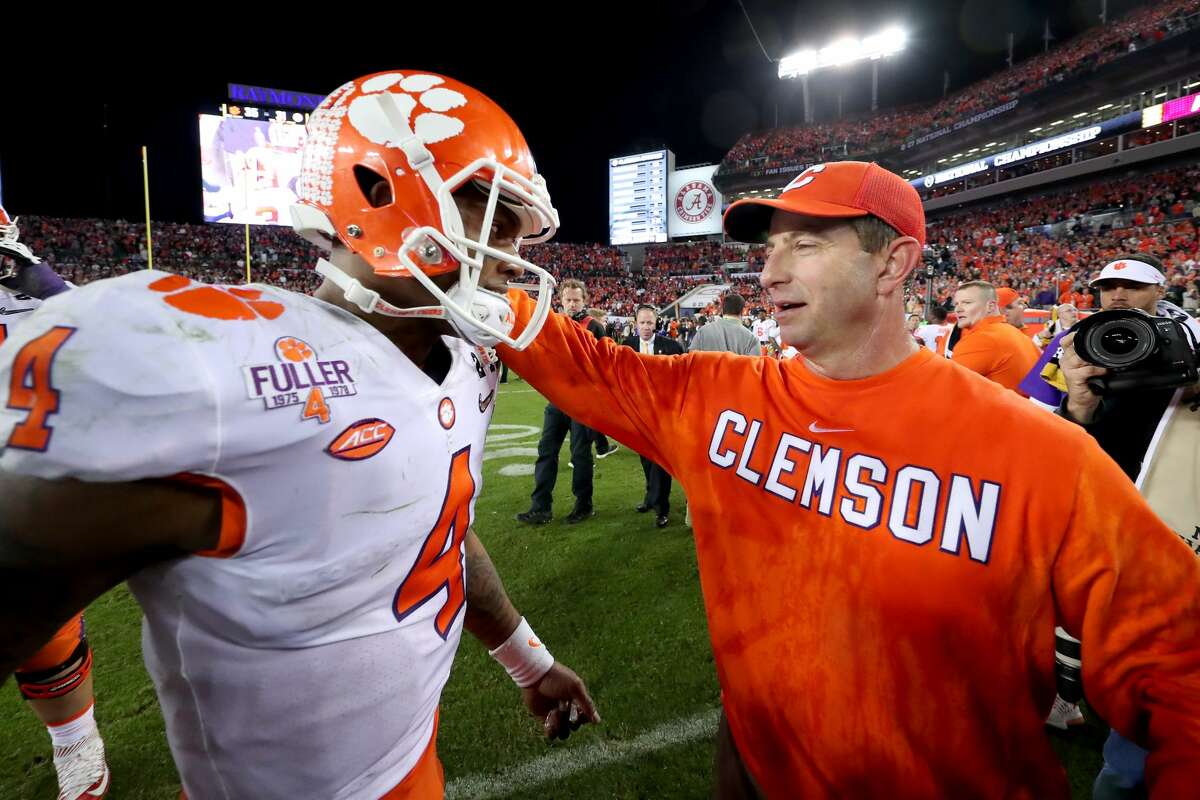 Current Texans quarterback Deshaun Watson (left) won the 2017 national championship with Clemson and Dabo Swinney before the Texans took him in the first round of the NFL Draft.

Clemson coach Dabo Swinney wasn’t in the mood to talk about the Houston Texans head coaching vacancy during his weekly media call Tuesday.

Near the end of a 32-minute call that focused mostly on his top-ranked team’s showdown against No. 7 Miami this week, South Carolina sports talk radio host Phil Kornblut asked if Swinney had heard from Texans quarterback Deshaun Watson, who won a national title under Swinney, and if he’s ready to hear his name tossed around in speculation about the Texans job.

WHO’S GOT NEXT?: A look at the top candidates to become the next Houston Texans coach

“I have not heard from Deshaun and that is not even anything that I want to even have to think about,” Swinney said, before chuckling. “You would be the one to ask that question out of all the questions. You don’t want to ask anything about Miami? Next question.”

The Texans fired Bill O’Brien on Monday after an 0-4 start to the season. It’s only natural that Swinney’s name would be brought up as a possible candidate, since he coached Watson and once compared the quarterback to Michael Jordan. Swinney also is said to have a relationship with Texans executive vice president of football operations Jack Easterby, who is from South Carolina.

Prying Swinney away from Clemson would be tough, since he’s built such a college football powerhouse, winning two national titles. He’s also the highest-paid college coach in the country at $9.3 million a year.