Austin Quinn-Davidson is the first woman and openly gay mayor of Alaska’s largest city. She hopes to be an inspiration, too.

Biden: Trump’s view of suburbs is ‘not who we are’

US Election 2020: Over 58.7 million Americans have already voted, but wait for poll result could be long, says report 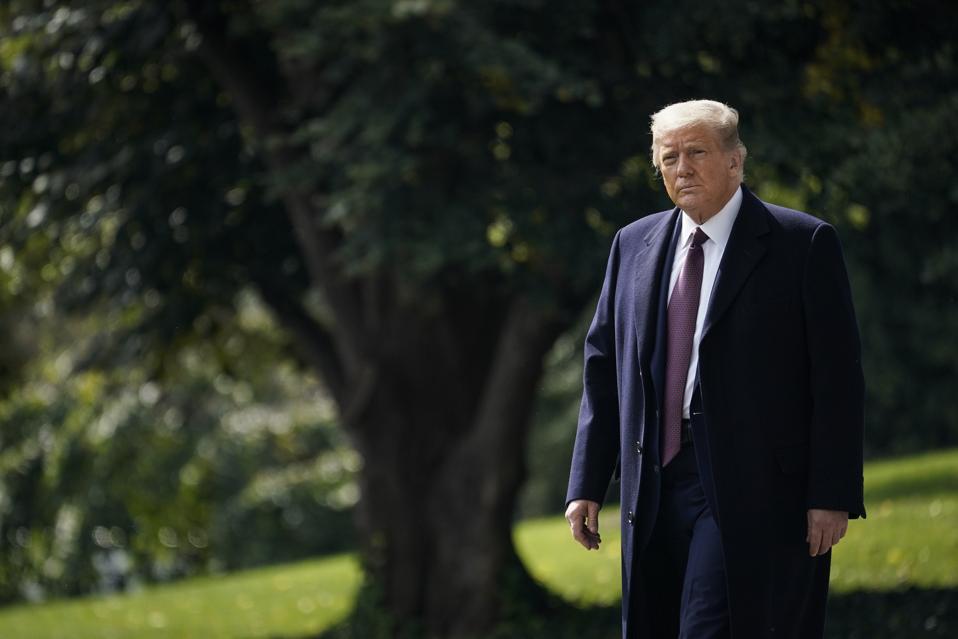 President Donald Trump walks to Marine One on the South Lawn of the White House on October 1, 2020 in Washington, DC.

Donald Trump picked up new contributions from five billionaires and one spouse of a billionaire in August, according to a review of the most recent records filed with the Federal Election Commission.

Because these donations were transfers from Trump joint fundraising committees, the total amount of money they donated will not be public until new filings are released later this month, but here are the names.

Heiress Margaretta Taylor, who gave $1,500 to Trump’s 2016 campaign, made her first contribution to the president’s reelection effort in August. The donation puts her at odds with other members of her family, which controls Cox Enterprises, a media and automotive conglomerate. Taylor’s sister Katharine Rayner has given more than $5,000 to the Biden campaign this year. Same with her brother James Chambers. Sarah Kennedy, who is married to Taylor’s cousin Jim Kennedy, donated $5,600 to Biden.

Robert Duggan, who Forbes recently profiled for his role as CEO of Summit Therapeutics, donated to Trump in August. The pharma billionaire, who has said he’s given millions to the Church of Scientology, told Forbes that he spent $200,000 for tickets to a Trump fundraiser, though he ended up not actually being able to attend the event. He said he intends to do more to help Trump in the waning days of the race.

An heir to the Public Storage company fortune, B. Wayne Hughes Jr. has given millions to Karl Rove’s super-PAC, American Crossroads over the last decade. In August, he made his first contribution to Trump’s campaign.

Amid a series of decisions made by the Trump administration about the future of Alaska’s Bristol Bay, a key salmon fishery for Chuck Bundrant’s Trident Seafoods, the billionaire and his wife donated to the president’s reelection campaign.

** Contributions were marked as a transfer from either the Trump Victory Fund or the Trump Make America Great Again Committee in campaign records filed with the Federal Election Commission.